Women are a majority in Best Buy’s top executive ranks 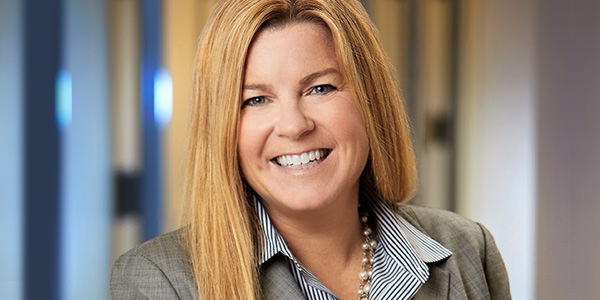 Best Buy has become one of the few major retailers to have women make up a majority of its c-suite.

With the hiring of Trish Walker, formerly at Accenture, as president of services (including the Geek Squad), six of the 10 executives reporting to CEO Hubert Joly are women. The achievement was first noted in an article by the Minneapolis Star Tribune.

An in-depth study earlier this year from The Peterson Institute for International Economics and EY showed that having more female leaders in business can significantly increase profitability. At least, the study’s authors write that increased skill diversity within top management increases effectiveness in monitoring staff performance. Further, less gender discrimination throughout the management ranks helps in the recruitment, promotion, and retention of talent.

Under Mr. Joly, Best Buy has launched a wedding registry, opened mini-shops inside Macy’s, and added more fashionable options from designers such as Kate Spade to better appeal to women. Best Buy said its recent female exec hires were based on the best talent, but diversity has been a priority for Mr. Joly as well.

Also emphasizing women’s leadership is Target, where women make up 45 percent of its exec ranks. Brian Cornell, CEO, is also on the board of Catalyst, a nonprofit focused on advancing women in leadership positions. In a corporate blog post detailing his recent speech at the annual Catalyst Awards Conference, Mr. Cornell said, “Our next generation of leaders won’t remember a time when it was unusual for women to lead at all levels.”

DISCUSSION QUESTIONS:
Do you agree with the premise that having more female leaders can significantly increase profitability for businesses? What benefits do you expect Best Buy to gain from having more women as leaders within its executive ranks?

Please practice The RetailWire Golden Rule when submitting your comments.
Braintrust
"Many of the "good old boys" clubs in the grocery segment should take a hard look at what women in leadership can do for their profits."

"There is nothing better than to work for people and companies who act, think and work in a culture that understands how women work differently and puts the organization together in a way that maximizes that opportunity."

It’s unfortunate that we are even speculating about whether more women executives in leadership roles can enhance companies’ profitability. It’s also hard to answer the question — relative to the retail industry, at least — as long as there appears to be a glass ceiling. Most large retailers with a national footprint continue to be led by male CEOs, so the best-intentioned mentoring programs seem to be falling flat.

Contrast this with such household names as IBM, GM, HP and Pepsico. It may be significant that the only Fortune 500 companies in the retail segment led by women are TJX and Ross Stores— both of which have been successful as “disruptors” of conventional retail wisdom for the past several years.

No. If it did, all businesses would be hiring a majority of women and making larger salary offers so they could cash in on increased profits. Best bet is to hire the best people. In Best Buy’s situation it appears the best they could find were women. I don’t know Best Buy well enough to know if this was accidental or intentional. Maybe they are all rainmakers. Doesn’t matter. Where Best Buy can benefit is learning to evolve its workplace so that it can best cater to the needs of women. Being an executive usually involves long hours, extensive travel, being away from your family, dealing with big egos and leadership. They are jobs that involve risk and responsibility, not easy for either gender. Historically this type of work has appealed more to men and therefore the workplace environment focused on the needs of men. A lot of women have left the workforce too early because the workplace environment could not adapt for women and vice versa. Perhaps Best Buy can come up with ways… Read more »
0
|
0
-   Share

What we need are better business leaders, both men and women who know the industry and can make the right decisions to increase profitability. What the industry appears to be lacking is the opportunity for women to join the leadership team in many retail companies. This trend appears to be on a correction course and that is a very good thing. Since Best Buy has a path to leadership for women the one good benefit is that more women with great leadership skills will prefer to work at Best Buy than in other retail companies and therefore lead better, sell more and continue to increase profits. Many of the “good old boys” clubs in the grocery segment should take a hard look at what women in leadership can do for their profits.

I agree that having a focus on helping women in career advancement is a solid cause for any retail business to support, and kudos to Brad Anderson, Mr. Joly and Mr. Cornell for their efforts.

When it comes to hiring, best talent is the answer. But getting more women excited about better jobs in retail has been the bigger issue. It’s no coincidence that the CEOs who advocate for women get more talented women to apply for jobs.

There is nothing better than to work for people and companies who act, think and work in a culture that understands how women work differently and puts the organization together in a way that maximizes that opportunity.

Balance in the workplace in retail is critical, particularly in the areas of merchandising, HR and communications. With women still making the majority of consumer decisions, better understanding their needs and marketing to them will increase profitability. As more educated people prove themselves capable in the workplace we will see more balance in the executive ranks.

I refuse to consider that gender is an ingredient for any aspect of retail executive capability. Drive, education and functional hard work matters most. We must hire the best person for any and all jobs, keeping abilities measured against position and company need in front of the decision to hire. It is seemingly apparent that Best Buy understands this.

No criticism of Best Buy from me on this issue, but we need to look at it from another perspective since we’re looking at the wrong dimension. It’s not a matter of male or female that’s important, it’s a matter of how people think. For a whole bunch of reasons men and women generally think differently. Of course within each gender are those who also think differently than the gender norm. The problem in our world is that we don’t tolerate people who think differently very well, if at all. Because of our patriarchal history we have this “glass ceiling” thing where how men think includes limiting the influence of how women think. Big mistake. But please understand this: those of both genders who think differently — that is those who have the greatest capability to disrupt the status quo and move our world to a better place — also run into a low and limiting ceiling. Fortunately a few manage to break through or move to a place where there is no ceiling. Various business… Read more »
0
|
0
-   Share

Having smart people representing a variety of backgrounds and viewpoints in leadership roles always bodes well for business success. When evetybody comes from the same background and perspective, regardless of what it is, ideas and approaches tend to be merely reinforced rather than refined. To paraphrase the old adage, if all you’ve ever seen is a nail you aren’t likely to recognize a screw much less be familiar with a screwdriver.

I think it’s time for the complexion of leadership in every industry to reflect the overall population who ultimately are the customer base.

From a selfish point of view, I would ask what do men have to gain from having more women as leaders within the executive ranks? Balance in the workplace is what I see.

It’s becoming more acceptable for men to take more time off for family. Men might not take advantage of that, but at least there will probably be more options. For me personally, I have trouble letting go of the grip I have at work to deal with family. A woman will find a way to leave work at 5 p.m. or take time off to be a mother. Men don’t want to give a few meters for fear of losing kilometers at work. Insecurity, control, and over-competitiveness are great for moving up the ranks, but men often have regrets later. Women in leadership can rescue us.

I’m not sure that the sex of the executive has anything to do with significant increases in profitability. What I am sure is that the right people get the job. The leadership at Best Buy has been groomed for leadership. I applaud them consciously focusing on woman, but more importantly, recognizing that the sex of a leader is not as important as the ability of a leader.

I am woman, hear me roar — This is non-sense! Having more women does not make a business more profitable in and of itself. I am surprised that anyone said that.

Having the right talent and not discriminating against them and holding them back because they are women is the problem. And yes, this does mean that maybe new policies may need to be put in place to keep said talented women on board and on track for the top.

First, I’d like to start by saying I think if a woman can do the job, she should be paid equally for it, however, I don’t think the gender the brain is in has anything to do with profits! If Best Buy doesn’t keep in mind the people that made it what it is, they’re doomed! Speaking from my own personal experience, their not backing the warranty on a $20 private label product has cost them several hundred thousands of $.$$ in sales….

Much of the success of WOLF is due to its co-founder with Brad Anderson, Julie Gilbert, who still helms it today. This initiative sent a strong signal within the enterprise, and importantly, within its vendor community, about leadership. And many of its top vendors are also seeing more women in leadership roles, so that is one benefit to Best Buy.

Braintrust
"Many of the "good old boys" clubs in the grocery segment should take a hard look at what women in leadership can do for their profits."

"There is nothing better than to work for people and companies who act, think and work in a culture that understands how women work differently and puts the organization together in a way that maximizes that opportunity."