Using a social app to prepare for a U.S. retail launch 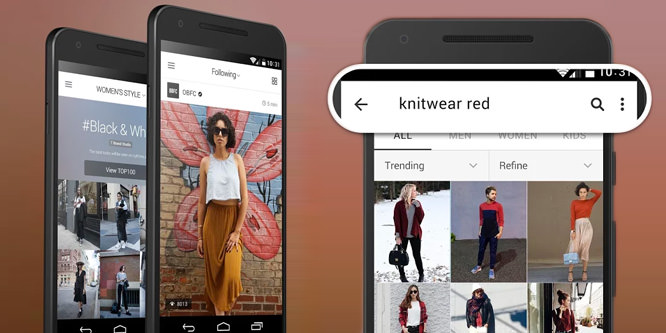 Retailers often use social media to get the pulse of their industry and better understand their customers. But one Japanese apparel e-tailer has turned the process on its head, launching its social sharing app, called Wear, in the U.S. to lead the way for a possible e-commerce presence.

Wear is owned by Start Today Engineering, a Japanese company that also owns the e-tailer Zozotown, an “online fashion mall” that sells 3,900 brands on a commission basis, according to an article on Business of Fashion. While the Japanese version of the Wear app allows fashion enthusiasts to shop at Zozotown, the version that launched in the U.S. merely gives users an outlet to discover and discuss brands and new looks. The company is using Wear purely as a research tool to collect data on the U.S. fashion market to inform its next move.

Overseas apparel retailers have had some success with deliberately slow expansions in the U.S. Japanese fast-fashion retailer Uniqlo, for instance, opened a location in Manhattan’s Soho neighborhood in 2007 which remained its only brick-and-mortar outlet for years. The chain now has more than 30 U.S. stores. Uniqlo only began offering online sales in the U.S. 2012.

More recently, Ireland-based fast-fashion retailer Primark entered the U.S. market with only a handful of locations in major shopping malls and without an e-commerce presence.

Outside of apparel, there have been successful examples of retailers in the U.S. using data to drive store concept launches. GameStop, for instance, used data from its main brand loyalty program to launch ThinkGeek, an online store it got as part of an acquisition, as a standalone brick-and-mortar concept.

But in order for Start Today to use insight gleaned from Wear as the basis for an eventual e-commerce launch, it will first need to get stateside fashion fanatics using the app. The Google Play store lists the app as having between one million and five million installs and advertising materials boast of eight million downloads, but it is not clear how many are in the U.S. The app has a 3.6 star rating on the Google Play store with 7,155 reviews.

DISCUSSION QUESTIONS: Can gathering information with a social app give Start Today a head start in the U.S. fashion market? How might the data guide an eventual U.S. expansion? Should companies, foreign and domestic, consider launching social apps to gather information before making any moves into a new market?

Please practice The RetailWire Golden Rule when submitting your comments.
Braintrust
"There are many popular social media outlets for retailers to leverage today, does it really make sense to add one more? "

"Given the statistics on app download and usage, you’ll probably only get one or two responses before the app is abandoned..."

"There’s such a low barrier to entry to bring an app to market that it’s a cost effective way to drive interactions and learn about consumers..."

6 Comments on "Using a social app to prepare for a U.S. retail launch"

If you’re targeting Millennials or Generation Z, a social media app is a good way to gather intelligence *IF* you provide a compelling reason for adoption. There are many popular social media outlets for retailers to leverage today, does it really make sense to add one more? Using social to gather information on trends and customer likes/dislikes makes sense for new brands entering the market to help them deliver the right product mix for a new e-commerce site or brick-and-mortar store. It’s really dependent on who your target demographic is.

Any insights you can garner in advance of investing time and treasure will help you make an educated and informed business decision. But be aware of any backlash to your brand if you are the only beneficiary of the dialog. Give your audience a reward for their participation and insight, otherwise the Millennial shopper will view this as a waste of their time and value.

Given the statistics on app download and usage, you’ll probably only get one or two responses before the app is abandoned so choose your words and offer carefully.

There’s such a low barrier to entry to bring an app to market that it’s a cost effective way to drive interactions and learn about consumers before doubling down on more expensive initiatives. This makes a lot of sense, but only if the app is adding value to shoppers. If the app is poorly received by the market, it could actually have the opposite effect.

This sounds like chicken or egg, love and marriage, or “who’s on first.” Don’t think you can have one without the other. The app and the building of information have to go together. You need the product to exist in order to make the app effective, and you (presumably) can’t sell product without knowing the reactions to the app. (And can reactions to the app be measured effectively — or are there all sorts of pitfalls to interpretation of the data?)

It’s a good strategy, especially if the app has a utility beyond just their own brand. Shoppers near extensive incentives to download and keep using apps, otherwise it’s difficult to obtain meaningful data.

Apps that perform well (e.g. Starbucks) tends to add real value to the brand and shopping experience. Retailers often have issues with localization and expanding into new regions of the world.

The problem is, as a consumer, if the app rating is significantly below 4.0, there’s resistance to using and keeping to use it. The app ratings have a VERY high level of impact upon trust, that could damage the expansion further if it under-performs.

You will notice apps that consumers actually keep using, tend to be well above 4.0. Perhaps they did not research the market enough to create the right app, thus the market research they obtain from the app may be limited.

Of all the categories to research, apparel is most suitable for social media as it is a visual trade. Simply present snapshots and gather the “likes” and “dislikes” that users tag.

Facebook is the largest assemblage of socio-demographics, so you can see who is responding, and even target your questions. Twitter enables fast, short responses. LinkedIn has the largest grouping of business professionals. All three provide strong viral capacity as users share surveys with friends, followers and contacts.

Braintrust
"There are many popular social media outlets for retailers to leverage today, does it really make sense to add one more? "

"Given the statistics on app download and usage, you’ll probably only get one or two responses before the app is abandoned..."

"There’s such a low barrier to entry to bring an app to market that it’s a cost effective way to drive interactions and learn about consumers..."