Chase Pay gets boost from retailers in mobile payment race 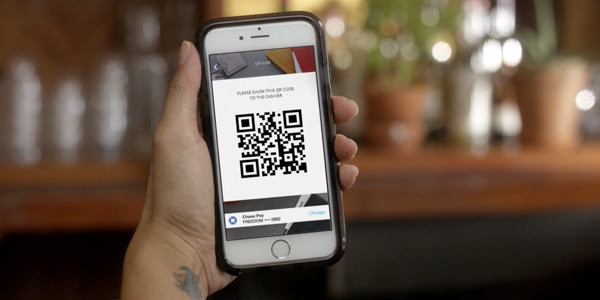 JPMorgan Chase is rolling out a rival mobile payment option to Apple Pay with a couple of big differences, and it has a group of large retailers on its side.

The bank has signed a deal with the Merchant Customer Exchange (MCX), a consortium of large retailers that includes Best Buy, Target and Walmart, to accept Chase Pay, its mobile payment app.

"Chase Pay solves a number of pain points for consumers and merchants. It will improve the customer experience and drive down the cost of payments," said Gordon Smith, CEO of consumer & community banking at JPMorgan Chase & Co., in a statement.

The bank has sold Chase Pay as a way for retailers to drive down costs, limit liability and improve speed at the checkout. This speed part is to be accomplished through the use of QR codes. As a TechCrunch article points out, unlike Apple Pay and others that use near field communications technology, the Chase Pay app displays a QR code for a cashier to scan.

QR codes, as the same article points out, have not taken off in the U.S. One of the downsides when being used for payment is that, unlike Apple Pay and others that require a touch on the phone, users of Chase Pay will need to unlock their phones and launch MCX’s CurrentC app.

On the upside for retailers, Chase Pay doesn’t require any network or processing fees. It also captures shopper’s data to (hopefully) gain further insights that can be translated into continually improving shopper experiences. Of course, Apple has played up data privacy part of its pitch for using Apple Pay.

What do you sees as the benefits and drawbacks to retailers using Chase Pay? How do you think consumers will view it relative to Apple Pay and other competitors?

Please practice The RetailWire Golden Rule when submitting your comments.
Braintrust
"The biggest difference is that consumers trust Apple and despise banks. Plus, Apple protects consumers’ data while Chase will share it with retailers. Advantage Apple."

The biggest difference is that consumers trust Apple and despise banks. Plus, Apple protects consumers’ data while Chase will share it with retailers. Advantage Apple.

This all started out so simply. Just merchants and customers. I gave you a camel and I got a tent. Then banks got in between the retailer and the shopper. Enter checks, then credit cards. All with a fee, a piece of the transaction. Then devices wanted the data. Enter scanners, coupons, readers, another scanner, thumb prints, NFC.

Chase Pay is like Plenti. Seems logical, but it’s another complication in the merchant/shopper relationship. Another adjustment. More friction in hopes of greasing the transaction.

For whatever reason, QRcodes just haven’t taken off in the U.S. so Chase Pay will have a tough time from the start. Yes it works on more devices, so that’s a definite plus. But I think the additional steps to launch the app make it harder to use than rivals like Apple Pay. To get consumers to use it, Chase will need to invest heavily in marketing.

NFC beats QR codes, conceptually, period. Implementation is of course a serious competitive issue. But bear in mind that the ultimate issue is connection of the mind of the shopper to the global “mind” in the cloud. This is why the real battle is between the connection on the shopper’s end — should it be through their eyes (Google Glass) or electronically, for example, through not an embedded chip in their body, but their WATCH (Apple Watch)?

Of course the watch wins, and no matter the bump QR codes may get on the way to where we are going, they were and are a dead end.

Well, not everyone is going to have an iPhone so there must be alternatives. However, it’s time to get the middlemen, i.e. banks, out of the pie.

It is obvious by the content of this discussion that electronic mobile payment technologies are going to be a must-have for retailers. The Chase solution captures what will no doubt be a huge attraction to retailers — lower costs. Security issues, if they are in fact present, will be addressed in high priority as the market acceptance and potential increase.

If the banks can make the transaction fees lower than credit and debit card use, the result may significantly slim down and lighten the consumer wallet as the credit card moves to the forgotten land of the beepers and buggy whips.

Braintrust
"The biggest difference is that consumers trust Apple and despise banks. Plus, Apple protects consumers’ data while Chase will share it with retailers. Advantage Apple."