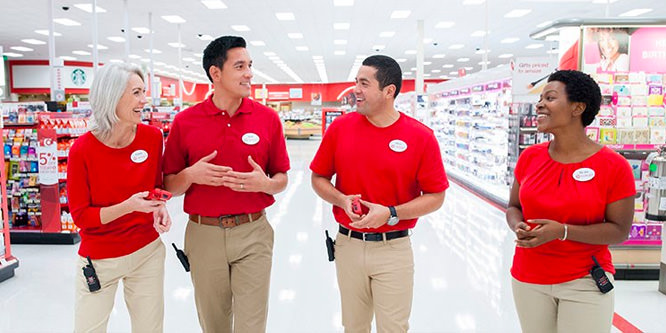 Holiday hiring has already begun and some experts are taking announcements of increased seasonal hiring numbers as a sign that there will be a strong job market this Christmas season.

Challenger, Gray & Christmas’ rundown of retailer hiring estimates so far indicates that, despite store closures and price cuts this year, there may be higher demand for seasonal jobs:

Other than Target, none of those listed appeared on Challenger, Gray & Christmas’s 2016 list of seasonal hiring announcements the previous year.

While Target’s seasonal hiring shows an across-the-board increase, other retailers are hiring fewer than in recent years.

Struggling department store chain Bon-Ton is hiring 10,000 seasonal employees, around 3,000 fewer than last year, according to the Milwaukee Journal Sentinel. The chain plans to hire 500 additional seasonal workers for e-commerce fulfillment and distribution centers. Bon-Ton is, however, taking steps to incentivize potential employees by offering a 20 percent discount on merchandise, as well as the potential to go long-term after the holiday season.

While the count of seasonal hires at Macy’s is down from 83,000 last year to this year’s 80,000, Macy’s is operating 70 fewer stores. And despite the overall drop, the chain is increasing the number of staff it is using to handle e-commerce in stores and in distribution centers by 20 percent.

DISCUSSION QUESTIONS: What do this year’s hiring numbers indicate about the state of retail heading into the Christmas selling season? How many jobs do you expect will become long-term after the season? Should retailers err on the side of over-hiring to insure good in-store experiences during the holidays?

Please practice The RetailWire Golden Rule when submitting your comments.
Braintrust
"Target’s hiring forecast vs. 2016 is a healthy sign and Macy’s announcement is also a positive in light of the smaller store base. "

"I expect more caution will prevail when considering new long-term hires after the season."

"I agree that over-hiring for the positive in-store experience is an investment to bring shoppers back for more."

Target’s hiring forecast vs. 2016 is a healthy sign and Macy’s announcement is also a positive in light of the smaller store base. Both retailers are signaling that they are figuring out the requirements of omnichannel initiatives (like BOPIS) without sacrificing service standards in their core brick-and-mortar business. This seems to be a particular challenge at Macy’s, so it’s good to see them recognizing the cost of a solution.

The variance in hiring is reflective of management’s anticipated business volume over the Christmas selling season. The general sense I have is one that is much more positive than the rampant headlines about store closings.

There’s no doubt that the store will continue to be the key interaction stage between retailers and customers for decades to come. With the peak in-store visits around the holidays, it makes sense for retailers to over-deliver on the in-store promise through more well-trained seasonal hires. However I expect more caution will prevail when considering new long-term hires after the season.

Not necessarily, they could indicate a realization that customer service is an essential part of winning holiday market share. Last year Walmart and several others stepped up their game, this year other retailers are following suit.

With the high employee turnover in retail, you can’t go wrong by over-hiring for the holidays. The only caveat I’d add is that the actual job tasks in-store are evolving with BOPIS, etc., and those innovative retailers that “employ” the right technologies to optimize omnichannel commerce will require fewer store staff than other merchants.

What a balancing act for retailers as consumers navigate between stores and websites. It’s not likely that the job expansion for the Christmas season will last beyond the holiday. I agree that over-hiring for the positive in-store experience is an investment to bring shoppers back for more. Convenience and in-store experience have to be prominent on the minds of retailers for every season and every channel they offer consumers.

It’s also a reflection of how technology (be it in-store tech or eCommerce) is playing a role in consumer shopping habits. Between projections, revised customer service standards, new stores vs. closing stores, and how technology is impacting retail, looking at hiring numbers alone can be a misleading metric without considering other pieces of the puzzle.

The stat behind the headline is that retailers like Macy’s say they are hiring significantly more warehouse and fulfillment workers to meet anticipated online demand. The demand for seasonal store positions is lagging by comparison. So this is not simply a matter of a positive sales outlook — it is also a signal that retailers anticipate another year where online sales growth outpaces physical stores.

There is a clear opportunity to impress shoppers this holiday season. It stands to reason that the smart retailer will hire a large number of seasonal employees — and properly train them — to produce an outstanding customer experience that encourages shoppers to come back AFTER the holiday season. The big numbers we see are aligned with the brands we know to be doing better than others and those that are known to be putting an extra effort on in-store experience.

Now, as important and critical as store associates are to that experience, I do wonder how many retailers have looked at their technology infrastructure and defined appropriate upgrades/improvements to coincide with these efforts in advance of the full holiday season.

Braintrust
"Target’s hiring forecast vs. 2016 is a healthy sign and Macy’s announcement is also a positive in light of the smaller store base. "

"I expect more caution will prevail when considering new long-term hires after the season."

"I agree that over-hiring for the positive in-store experience is an investment to bring shoppers back for more."