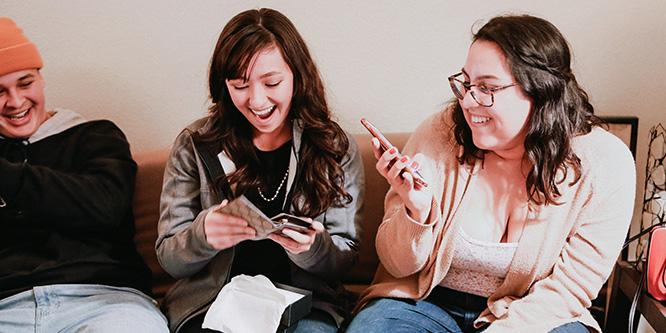 A university study finds marketing perks (i.e., gifts, benefits and rewards) can foster word-of-mouth (WOM) without being used as explicit incentives, although it depends on how they’re framed and perceived.

Researchers from Arizona State University, New York University and Northwestern University explored the concept of “contractuality”, or the degree to which a perk is perceived to be given to consumers in exchange for engaging in specific behaviors, such as filling out a survey or making a certain number of purchases.

Examples of low-contractuality perks include:

“Our findings suggest that marketers could nudge consumers to generate positive WOM by providing them with perks that have fewer strings attached. Of note, this could be achieved at a similar cost to perks that come across as highly contractual,” said co-author Andrea Bonezzi.

Professors at Temple University, University of Minnesota and University of Southern California in 2019 found in a similar manner that word-of-mouth referrals were much more likely to occur when “framing the call-to-action” toward intrinsic motivations such as sharing a benefit with a friend rather than focusing on the financial benefit.

Ravi Bapna, a co-author and professor at the University of Minnesota, wrote in a column at Knowledge@wharton, “It turns out that using extrinsic (financial) incentives (referral rewards) to accelerate what is inherently an intrinsically motivated organic process (WOM) is akin to mixing oil and water.”

DISCUSSION QUESTIONS: Do you agree that financial incentives should be avoided or somehow downplayed in driving word-of-mouth marketing? What advice would you have around driving sustainable WOM?

Please practice The RetailWire Golden Rule when submitting your comments.
Braintrust
"These are good findings and common sense too."

5 Comments on "How can word-of-mouth marketing feel less transactional?"

These are good findings and common sense too. I find this happens in Panera. Every once in a while I am told that I have a free coffee or a cookie, without the program ever letting me know how close I am to the perk before that. It always comes as a pleasant surprise.

Contrast that with Dunkin’, which has an elaborate rewards program and app tracker that tells you exactly how much more to spend for the next free coffee.

Both are effective in their own way. The brand philosophy and positioning matters to make sure the loyalty program aligns well.

I agree with you. The message behind the free cookie of coffee is “thank you, we appreciated your business.” The free coffee one must work for is not a thank you at all, but something I (a very large “I”) worked for.

Perks create more loyalty, but I am not sure if they result in word-of-mouth referrals. Creating fun ways to engage with the brand on social media like the Heinz Halloween Tiktok challenge presents a better way to create social awareness and drive trial.

Consumers will only recommend your brand and become your ambassadors if they benefit from the non-monetary brand association.

Word-of-mouth marketing is not a strategy, it’s a tool of a tactic. It all starts in developing a strong brand strategy — including a social conscience, with attributes consumers will want to wear as a badge (sometimes literally).

I believe it depends on where the incentives occur, whether online or offline. Gamification in the digital space has become a known method of drawing in the crowds (e.g. Robinhood). One explanation may be that users can move as quickly as they want, gaining rewards nearly same-day after they post on Facebook and Instagram. However, such a strategy in the offline world could easily become a nuisance to customers. I love Suresh’s comparison between Panera and Dunkn’. I would much rather be surprised with a free cookie than download an app to track every coffee purchase.

Braintrust
"These are good findings and common sense too."