Is now finally the time for Albertsons’ IPO? 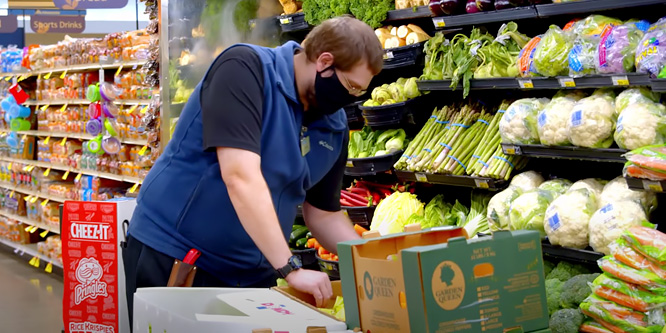 Albertsons is once again back on its way to an initial public offering, but with all that has been going on in the world, it may be a strange time to consider going public.

The grocer announced that it is planning to raise up to $1.32 billion with 65.8 million shares being sold by certain selling stockholders at an indicative price range of $18 to $20 per share, according to Reuters.

The road to an IPO has been a long one for Albertsons, which has twice been on the verge of going public since the chain was picked up by private equity firm Cerberus Capital Management in 2006.

In 2015, Albertsons took a couple of stabs at an IPO, but perceived slumps in the grocery segment led the chain to table the idea.

Then in March of 2020, Albertsons announced that it would be filing for an IPO again after reducing its year-over-year debt significantly, improving same-store sales through technology investments and demonstrating big gains in private label products. Albertsons had made other tech-forward moves to modernize its operations and court new types of shoppers as well in the lead up to the announcement. For instance, in 2018 the chain launched an online marketplace that allows smaller CPG brands to sell and ship food and wellness products directly to consumers.

The company did not move forward in March as the announced date came within a few weeks of the start of the novel coronavirus pandemic in the U.S.

The pandemic threw the country and the stock market into chaos. The grocery industry was shaken by a spike in business due to the closure of restaurants and unprecedented demand for online pickup. Further, grocers were dealing with compromised in-stock positions due to rampant panic buying of staples on one hand and supply chain disruptions in the meat industry and elsewhere on the other.

Despite the pandemic’s peak being hectic for grocery, Reuters characterized the increased demand and even panic buying/stockpiling by customers as having been of benefit to Albertsons and its 20 banners.

DISCUSSION QUESTIONS: Is now the time for Albertsons to return to pursuing an IPO? What advantages or disadvantages might there be in trying to raise money now given the instability of the market due to the pandemic?

Please practice The RetailWire Golden Rule when submitting your comments.
Braintrust
"If the company can’t make it happen in this environment then it may never happen."

"The need for Cerberus to get get out of their investment is palpable. In initiating the LBO, there was no way they thought they would still be in this position."

"A major disadvantage is the window to issue the IPO may be short because financial markets can change quickly due to the pandemic."

8 Comments on "Is now finally the time for Albertsons’ IPO?"

I still think there is a lot of uncertainty in the market, so I don’t know if now is the right time for this IPO…

There are definite advantages to Albertsons pursing an IPO now. Financial markets are up, Albertsons’ sales are up, online grocery sales are up. Albertsons’ improvement in technology and integration of Safeway are also positives. These factors point to Albertsons moving on their IPO now, but time may be short. A major disadvantage is the window to issue the IPO may be short because financial markets can change quickly due to the pandemic. If Albertsons can pull off the IPO now, it can maximize its new source of capital to fuel its strategic plan.

From a market perspective, now is exactly the right time. The grocery market is soaring because of shifts due to the pandemic and this backdrop is helping Albertsons as much as it helps any other supermarket. Moreover, Albertsons has spent the last couple of years streamlining the organization and cutting costs to produce better bottom-line numbers. Everything has aligned so the timing is optimal. However, as a long term play, I would not touch Albertsons with a very long pole. The current level of elevated demand will not last forever and when that tide goes out it will expose the ugliness. A lot of Albertsons (and Safeway) stores are shabby and need a lot of investment to pull them up to scratch. Online also needs a lot of investment in order to grow. Pricing is far from optimal and will be challenged as value operators expand and grow – and in many markets, Albertsons is ripe to be picked off as it lacks competition. In short, I am not a fan of the value proposition… Read more »
5
|
-1
-   Share

There isn’t likely to be a better time for Albertsons to finally go public than right now. Markets are in good shape and retailers are seeing massive sales growth. The chaos has settled for now. If the company can’t make it happen in this environment then it may never happen.

The need for Cerberus to get get out of their investment is palpable. In initiating the LBO, there was no way they thought they would still be in this position. They will jump at the first chance to monetize their investment. As with all LBOs, they have already had a guaranteed win, but they know they can do much better with liquidity than hold Albertsons’ equity. They will win. As with all these plays, those who bite on the IPO as a great investment will lose.

I don’t know if the market will buy it. But given the alternatives for investments in the future, why would anyone put a dollar on Albertsons?

If Hertz can make it, why not Albertsons? By any logical metric — market volatility, the usefulness of projecting the past few months into the future, general economic conditions — this would seem to be a spectacularly bad time, but as everyone knows, logic was shown the door a while back so let’s just get it over with (before things get worse).

Once that’s done, what I hope to see is a balanced, thoughtful analysis of what — if anything — the privatization/re-publicization really accomplished … other than financing a few vacation homes for those involved.

Cerberus has been trying to get out of this investment for a long time. It has been derailed every single time they try to get out of it. This seems like odd timing but the grocery business has done so well during Coronavirus, they have some great momentum going into this IPO (I cringe at the thought of what their numbers for the first five months of 2021 will look like). They also have new management that seems to want to get this IPO done. Albertsons has made some positive changes but still has real issues with pricing and store operations especially with the former Safeway operations. I think some of their other operations like United, Jewel, etc. are quite strong, well positioned, well priced, run high volume stores, and well run. Not so for the former Safeway stuff which is a huge mixed bag in every way. Some of it is well run, some of it is awful, most of it is just marginal and with above average pricing. Not a great position to… Read more »
3
|
0
-   Share

The IPO ended up smaller as planned and priced at $16. Opened up on a down day for the market, tough luck on that. Not off to a great start.

Braintrust
"If the company can’t make it happen in this environment then it may never happen."

"The need for Cerberus to get get out of their investment is palpable. In initiating the LBO, there was no way they thought they would still be in this position."

"A major disadvantage is the window to issue the IPO may be short because financial markets can change quickly due to the pandemic."