Is RFID finally ready for prime time at retail? 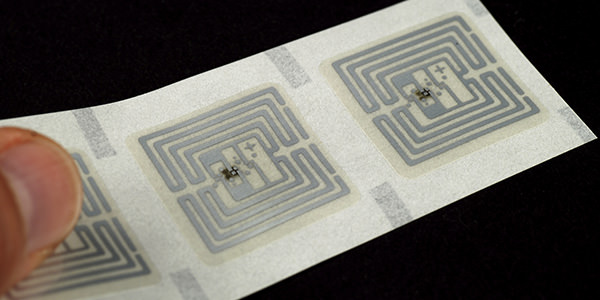 For some time, it has seemed that RFID for retailing has been thought of as a good idea that was not quite ready for prime time. Sure, RFID is appropriate for preventing theft of high value jewelry and clothing, but maybe not much else, due mainly to the high cost of tags, labor, equipment and implementation.

Maybe the tide has turned. At this week’s RFID Journal Live!, many providers and some retailers made the case that the time is now. Rich Haig, CIO/CTO/MIS Director of Herman Kay, maker of such brands as London Fog, Anne Klein, DVF and Michael Kors, has implemented a five-step RFID deployment program enabling them to track garments at every step of the production and shipping process. (Herman Kay sells to Macy’s, Nordstrom, Hudson’s Bay, J.C. Penney and others.)

RFID enables Herman Kay to verify picked quantities and ensure the accuracy of colors and styles that are boxed. It also enables the company to verify loads are on the right outbound trucks and ensure proper receipt of goods. Electronic proof of delivery helps to reduce chargebacks. Soon, the company will scan goods going into containers at the factory, so they can better anticipate goods they will be receiving and reduce paperwork.

Other brands and retailers are using RFID to track items in stores as well. Tags are getting cheaper, more flexible and easier to apply or embed. Fujitsu has UHF technology allowing hundreds of tags to be read at once and tags that can be used on linen that can be repeatedly washed and bent.

Lululemon increased its inventory accuracy to 98 percent by deploying RFID across all stores, tracking product movement as it arrives at stores, is placed on display and later sold. Macy’s has implemented RFID to better understand when to re-order based on what’s really left on the shelves and trimming $1B in store inventory in the process. All the retailers cited claim to reduce out of stocks while delivering sales lift.

DISCUSSION QUESTIONS:
Have the costs and benefits of implementing RFID technology reached a point where most retailers should get serious about implementing it throughout the supply chain, including in stores? What do you see as the biggest hurdles to implementation left when it comes to RFID?

Please practice The RetailWire Golden Rule when submitting your comments.
Braintrust
"RFID is not only ready for its close-up, but for driving unified commerce."

"In November of 2011, I was at an RFID conference in Chicago when Gap clothing was the test case being touted for RFID deployment....It didn’t happen."

"For brands that control their own manufacture, there is no excuse not to implement RFID."

13 Comments on "Is RFID finally ready for prime time at retail?"

RFID is not only ready for its close-up, but for driving unified commerce. In addition to obvious inventory accuracy benefits, it’s going to change the fitting room experience and, perhaps, checkout. If you’re not sure about this, ask the nice people at Macy’s whether they’d be willing to remove the RFID infrastructure in their stores.

As I wrote this week in my post How Retail Store Of The Future Holds Keys For Retail Shopping Trends there are two other big advantages to RFID.

One is magnetic tag integration with POS so scanning is eliminated along with pin-based security tags. Employees are unable to give five-finger discounts or alter pricing. In addition, as I showed in the video, you can inventory an entire store in under an hour. Think what that will mean to order accuracy, particularly omnichannel and BOPIS where there is little room for missteps.

The biggest hurdle is the same as it ever was … the cost of readers.

I actually don’t understand why RFID is back in the news all of a sudden. It’s an interesting tool for inventory visibility (“I think I have one of these in stock … but where is it?”), but it’s real powerful use case remains in replacing store physical inventories. The costs of these inventories are a dirty little secret that isn’t talked about very often and as far as I can tell, beyond small specialty stores, the reader costs are still too high. You can’t book the inventory unless you have full coverage, and that ain’t gonna happen in Macy’s any time soon. So its usage is limited.

And everyone seems to once again be forgetting the simple laws of physics … the “liquids and metals” problem.

Also, if you ask a retailer what his top priority is, it’s hard to see RFID floating near the top of the list. There are bigger fish to fry at the moment.

In November of 2011, I was at an RFID conference in Chicago when Gap clothing was the test case being touted for RFID deployment. To the letter, this is exactly the conversation and key points that were being made then. Tags were pretty cheap and the time was right for deployment then, but it didn’t happen. Hopefully retail is more open minded now and we’ll finally see some positive movement.

One can develop a convincing ROI analysis today because of at least two factors: the cost of tags has come down, the cost of not having the inventory one thinks one has, or having more but not knowing where, is more expensive. Additionally, as we have repeated many times, with the onset of BOPIS it is imperative for retailers to know that the product just promised and sold to an e-commerce customer for in-store pick up is actually there and put-away. RFID goes a long way to solving these problems. The biggest hurdle to implementing item-level RFID is to get manufacturers to agree to put tags on their products even if they pass the cost onto the retailers. The tags are there, the technology works with most products, the readers are there and the software is there. For brands that control their own manufacture, there is no excuse not to implement RFID. Other retailers have to rely on their manufacturers to tag the products or assume the more costly and disruptive responsibility of tagging the… Read more »
0
|
0
-   Share

If you are in any segment of retail, except food, the answer is yes. The benefits far outweigh the costs. The benefits are real and I have seen results in at least 12 different companies when I was an active technology provider. The two major ones I can recall are at least a 4 percent increase in annual sales and nearly 98 percent inventory accuracy on a daily if not weekly basis.

If I were a manufacturer implementing RFID, I would place the RFID in a product bag and once the item leaves the store, ask the consumer to mail the RFID tag back to us to recycle the tag. This would be an opportunity to gather information on a customer as well as recycle RFID tags to make them more economical.

Apparel and footwear chains that control their supply chains will be wise to do the math and move forward. Those that do not will be at a competitive disadvantage in the near future. RFID hurdles are still about the business case for the type(s) of products carried. Insure that the items along with the implementation can be read with 99 percent or better accuracy no matter the conditions.

Inventory accuracy is a basic element of omnichannel/unified commerce/the future of retail. Without it you are faking it. Even if your completely implemented distributed order management system can build and maintain orders from multiple inventory locations (distribution center, store inventory, reserve inventory, etc.) the fulfillment of that order still hinges on the accuracy of the inventory at each of those fulfillment sources. If your store inventory averages 65 percent to 75 percent accuracy you run the risk of disappointing your customer 25 percent to 35 percent of the time. Supplying the staffing or the external costs in the stores to take the appropriate numbers of cycle counts and physical inventories is essentially not a long-term option. RFID has proven to deliver inventory accuracy levels above 95 percent. While that kind of accuracy will support OC functionality, the lead time to implement the RFID capability is dependent upon time-intensive tasks. For example: Tagging merchandise with RFID antennas at the manufacturing source; In-store equipment installation; Integration with current inventory systems; Integration with existing POS capability. Based upon… Read more »
0
|
0
-   Share

It seems to me that the return on investment should more than offset the expense of implementation. In today’s environment, the visibility, transparency, and inventory controls make RFID a cost of doing business.

A look at the latest shrink trends will show that store visitors are emancipating higher-end product. This may be because the underground markets are flooded with easy to own, lower-priced product that is over bought and must be sold at higher than retail store prices. In any event, the trends are for the high priced stuff to somehow disappear. RFID in this market trend makes sense to stave off the disastrous results. This combined with recent re-purposing of the product should add to the ability need for recovering investment dollars making it much easier to withdraw from this technology.

Absolutely! I have been working with Dan Smith recently, former CIO Saks and he has been through several RFID implementations. Dan tells a very interesting and compelling story about getting RFID done. Linked is one of my favorite posts from Dan.

One of the most interesting things he shared with me was how many suppliers are already tagging even for retailers who have not implemented RFID yet. The category was being tagged for others and it just made better sense to go ahead and tag all. He mentioned that you could walk into a store who has not adopted RFID, with a reader, and you’d be surprised at how many tags light up.

RFID is imperative to a successful omni-channel strategy and in meeting the needs of today’s consumer. It is more than overdue. It is flat out late to the party!

We have nearly 1,000 retail stores that have installed our solutions and the measurable benefits easily outpace the costs of a solution. Sales Lift, Reduction in Shrink and Inventory and Elimination of 3rd party audits.

Vertically integrated retailers and brand owners with stores have the best return because they can more easily drive compliance of switching to RFID tags for near 100% of SKUs. There is no better return on investment on the IT list. Biggest issue is the retailer ready to pull together a cross organizational team to address all of the components.

There are established best practices in all of the key areas: source tagging, vendor on-boarding, supply chain processes and in-store processes. This is not a technology issue anymore.

Braintrust
"RFID is not only ready for its close-up, but for driving unified commerce."

"In November of 2011, I was at an RFID conference in Chicago when Gap clothing was the test case being touted for RFID deployment....It didn’t happen."

"For brands that control their own manufacture, there is no excuse not to implement RFID."