Is Target making the right move in dumping C9 Champion? 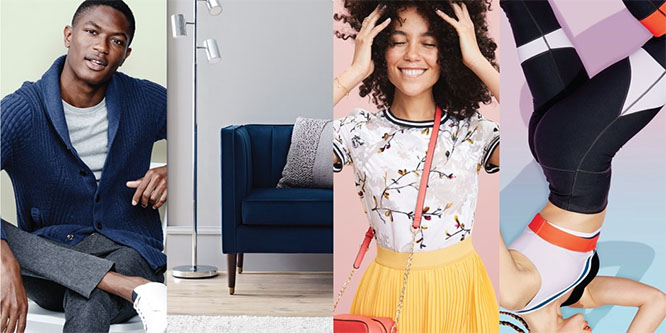 C9 Champion has cemented itself as Target’s go-to activewear staple since being launched in 2004, while expanding to a wide range of items including sports bras, footwear, socks and exercise equipment. Yet by July 2020, C9 will be off Target’s selling floors.

On Wednesday, HanesBrands, the parent of Champion, revealed Target will phase out the sub-brand when the latest contract expires in January 2020. C9 accounted for $380 million in sales for HanesBrands last year.

Last summer, Target announced plans to exit some of major house brands including Merona and Mossimo while launching more than dozen exclusive brands for apparel and décor as part of a multi-year overhaul. The C9 exit appears to follow that strategy.

A Target spokeswoman told CNBC the discounter will roll out “a new portfolio of performance brands soon.”

On HanesBrand’s second-quarter conference call with analysts, Gerald Evans, HanesBrands’ CEO, agreed that C9 has begun to “mature” at Target. He said, “As businesses do, they do mature over time, and this one has certainly begun to mature. There’s fantastic product out there, but it has begun to mature.”

But Target ended the relationship, not HanesBrands. HanesBrand’s shares tumbled 19 percent Wednesday on the news.

C9 was among the primary brands that rode the athleisure craze and is often touted as the affordable alternative to Lululemon, Nike and others in the category.

The brand is also reputed for its quality given its value. Target’s customers may need to build trust in any new activewear line where moisture-management, stretch properties and other functional attributes are critical.

The move further surprised many because the Champion brand is among the hottest in the fashion scene amid a strong ’90s revival. Sales grew 18 percent in the second quarter.

HanesBrands’ officials said Champion is being positioned as more of a global brand with growth across multiple channels and they re-committed to a goal for Champion’s sales to reach more than $2 billion by 2022 despite Target’s exit. Said Mr. Evans, “There’s a lot of momentum building and we feel great about the potential for Champion in the years ahead.”

DISCUSSION QUESTIONS: Do you see more pros or cons in Target phasing out an established activewear brand such as C9? What lessons about should C9 offer around the maturity of apparel brands?

Please practice The RetailWire Golden Rule when submitting your comments.
Braintrust
"Clearly Target wants to control their own labels/brands to drive value."

"It’s hard to know whether the C9 decision was based on maturing product...or more likely a disagreement on sales and margin goals."

"Nothing on a Target sales floor stays the same forever, that’s the beauty and the allure of the store."

9 Comments on "Is Target making the right move in dumping C9 Champion?"

There is surely more to this story than appears in print. Such a decision is based on the numbers and so somewhere in the mix is a firm that wants to grow, but is being impeded, or a partner that believes they are being taken advantage of. March on, HanesBrands, letting your brand vision be your guide.

By definition, Target must think they can do better on sales and margin with an alternative option. And by definition, C9 failed to evolve the product and the relationship satisfactorily. It’s hard to believe they woke up one day and said, ” … let’s pull out of Target.” I saw TONS of Champion product on the streets of Hangzhou, China over the course of my year there so I absolutely believe in their global aspirations. But c’mon … “has begun to mature” … ? Whose fault is that?

Clearly Target wants to control their own labels/brands to drive value. They must have run the math and concluded starting their own athleisure label will yield better margins than the HanesBrands partnership. It is still a very hot category so I’m sure that played a part in the decision. While HanesBrands called out the “maturity” of the label, it can’t be a decision they are happy about (and clearly Wall Street wasn’t).

I wonder if Target is getting ahead of their shoppers? Champion is a great brand, offering well-made products at very accessible price points. It doesn’t make sense to cancel the partnership in 2020. HanesBrands should explore shopper-involved innovation in the category to get a jump on where and how the Champion brand can grow and thrive beyond private-label obsessed Target.

It’s hard to know whether the C9 decision was based on maturing product — which can often be overcome with new product development — or more likely a disagreement on sales and margin goals. Whatever the reason, this feels like a losing proposition for both sides.

I’m still wrestling with the phrase, “’90s revival.” Time flies when you are watching retail. Oh well, on to the question. If any brand is underperforming, especially a brand primarily targeting youth shoppers, it’s time for it to go. Target can’t afford to get too sentimental about C9 or any other brand. And that’s the lesson Target — and every other retailer — should pay attention to.

On the surface, it appears Target is looking at their successes to-date with private label kids brands and hoping to extend that to athleisure apparel with the expectation they’ll see similar sales and margins. The risk is that those labels were not necessarily replacing very well-established, “mature” brands customers already know and clearly love to buy. We haven’t seen Target’s side of this story fully fleshed out, and we are talking about 2020 so there is still time for Target to develop a great story and product here. Risky? Maybe. But Target seems to have a winning formula for private label with customers that trust them.

Occasional partnerships with exclusive designers aside, I wonder how many consumers go to Target to buy branded apparel.

It’s interesting that in addition to C9 Champion, Target is also dropping Merona and Mossimo, two of its most recognizable house brands.

Nothing on a Target sales floor stays the same forever, that’s the beauty and the allure of the store.

Although private label sounds like it’s the trend, I’m sure Target is seeking profits first. The dumping of the brand now can only mean one thing — make room for something else that Target perceives to be more profitable. This can take many forms, including potential partnerships with more lucrative athleisure brands.

Simply put, the current Champion brand is not growing at the same rate as the athleisure market (which was slightly above flat in 2017 but seems to be picking up).

Many strong competitors continue to dominate athleisure. Directionally, a school based study done last year at Oregon State puts Champion dead last against Nike, Adidas, Athleta, etc. when asked which brand respondents would prefer if money were no object.

No cons in Target’s move — HanesBrands has to improve their Champion brand value to stay in Target stores.

Braintrust
"Clearly Target wants to control their own labels/brands to drive value."

"It’s hard to know whether the C9 decision was based on maturing product...or more likely a disagreement on sales and margin goals."

"Nothing on a Target sales floor stays the same forever, that’s the beauty and the allure of the store."