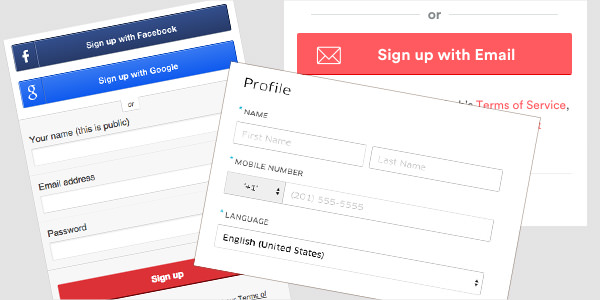 A global survey from Aimia finds that Generation Z and Millennial consumers are much more inclined to share their data with brands, offering mobile numbers, lifestyle information, e-mail addresses and other critical pieces of information.

In the U.S., 62 percent of Generation Z and Millennials are happy to share personal information with companies, compared to 41 percent of U.S. Boomers, according to the survey covering more than 20,000 consumers across 11 countries. And 51 percent of 18 to 34 year olds in the U.S. are willing to share their mobile phone number, compared to 30 percent of Boomers.

Globally, 68 percent of Millennial and Generation Z respondents said they understand why they have to share personal information with companies to receive better offers.

"Millennials and Generation Z ride Uber, sleep by Airbnb, help one another launch businesses on Kickstarter, and use GoFundMe rather than traditional charities," wrote Aimia in its report. "They’ve grown up sharing every detail of their lives with attentive networks of friends, friends of friends and beyond. These consumers no longer desire the old-fashioned transactional relationships of the last century. As the drivers of the sharing economy, they have a peer-to-peer mindset that puts a greater value on personal relationships."

Other studies have also attested to a greater willingness by Millennials to share data:

But the study authors also noted that consumers’ willingness to share information "isn’t altruistic. They expect better services and more individualized offers in return for their openness and won’t hesitate to break up with brands that send them irrelevant offers and information."

Are retailers currently providing equal value for the information they are asking consumers to share? Do you think this will affect how much information Millennials and Gen Z are willing to share in the years ahead?

Please practice The RetailWire Golden Rule when submitting your comments.
Braintrust
"So I’ve seen other similar studies, and I have to say the "percentage of the willing" seems too high — even for Millennials. It doesn’t pass the sniff test."

12 Comments on "Millennials, Gen-Z willing to share, for a price"

The value for sharing personal information is there for some retailers like Banana Republic who provide a decent discount on the next purchase for signing up, but many retailers just ask for the information in hopes of some future promotion. In most cases consumers seem to be OK with sharing email addresses more than phone numbers and share more often with brands they like and trust.

Brands and retailers are both doing a better job of communicating relevant messaging and offers to their targeted audiences, but on a scale of 10, I would say we are still hovering in the five to six point range, with much improvement needed to keep Millennials and the Gen-Z audience engaged.

Like the Boomers before them, more often than not the novice “data exchanger” will give the retailer (or brand) the benefit of the doubt. However, if the content and value is not noticeably about them and making their shopping trips more productive, the cynicism and frustration of the Boomers will begin to invade the ranks of their younger counterparts.

Technology and experience are both available in the marketplace to keep shoppers of all age groups affordably engaged. It’s up to the retailers and their brand partners to do what is necessary to make that happen.

So I’ve seen other similar studies, and I have to say the “percentage of the willing” seems too high — even for Millennials. It doesn’t pass the sniff test. But let’s assume it’s directionally, if not statistically, accurate.

The part that does past the sniff test, and what I have seen before, is the notion of getting a reward for information. In the other study I saw, the Millennials were quite clear. They didn’t want a promotion. They wanted FREE stuff.

The question a retailer has to ask themselves is “Are you willing to give it?” If not, don’t even try.

Most of us (even many Boomers) are willing to give something up in return for getting something back, if we get enough back. The issue is not necessarily whether retailers will keep our information private intentionally, but whether they are ABLE to keep it from hackers, and use it intelligently.

How many retailers have already had their data hacked? Personally, my retail data has been hacked several times, along with credit cards half a dozen times. Also, I wonder just how capable retailers are of figuring out what to do with data. CVS, as an example, has yet to realize that I moved 1,300 miles nearly eight years ago, and my home store switched then. Sports Authority thinks I live in Maryland, which is about 1,000 miles away, and a couple of tech companies have decided my first name is either “Alvise” or “Alicia.”

Eventually they’ll all get it figured out — but trust them? Ah, not so much.

Millennials and Gen-Z have given up all hope of privacy on the internet. (I call this trend “from self to selfies”). They know that everything they have ever shared online has the potential to be viewed by others.

At the same time, Millennials have to be frugal in shopping, since they don’t have great paying jobs and are saddled with massive college debt. Consequently they are very willing to share personal info, especially if they can get a deal or discount. This trend also make Millennials and Gen-Z ripe for contextual marketing.

People will give up information but, as Paula Rosenblum said, the reward needs to be free stuff. A 25 percent off offer may sound like a lot to most retailers, but the reality is the bidding starts at BOGO, and only goes deeper from there. The idea that Gen-Z and Millennials want relationships with brands is way overstated. These are not people who value loyalty to businesses, especially multi-outlet businesses. When it comes to offers from multi-outlet, they want cheap stuff.

I agree with Paula on her point that the willingness stat seems too high. Our recent studies have shown that they are more willing than their older counterparts, but they expect the value exchange to be worthwhile. They also get more nervous as the data requests get more intimate.

Another consistent concern is around transparency. They are more likely to share their more personal, intimate information if they know exactly where their information is going and how it will be used. Surprisingly, the reason was not the retailer or getting hacked, it was Big Brother and the government. I’d be interested to hear if anyone else has seen this insight emerge!

Many retail organizations continue to be data rich and knowledge poor. Not everyone is convinced yet of data’s power to deliver a business advantage. Many retailers still struggling to grasp what the right data strategy is for their business, and make the right investments required to realize the full potential of customer information, etc. (to include additional investments in cyber security and in safe guarding customer data). Until more senior retail leaders truly understand the value of gleaning actionable insights from customer data, their organizations will not step up and offer the “real and relevant value” that many consumers (Millennials, Gen Z, and Boomers for that matter) consider “equal value” in exchange for their “personal/lifestyle relevant” data. That said: In a recent survey conducted by Forbes and Teradata, 65% of companies surveyed report that leveraging data had a “significant, measurable impact on revenue.” At the same time 37% reported that their company “has a clear path” for using data and customer insights; 55% stated their company had “no clear vision” for leveraging data to be… Read more »
0
|
0
-   Share

My experience with studies among Millennials is that they are actually less concerned with security and privacy than Boomers. If the promotion or offer is compelling, (e.g., a strong brand enthusiast message and/or affinity) that is typically enough to get the younger audience to opt in. That is not always the case for Boomers. I believe Millennials will continue to share widely since they “grew up” in the digital world, while we old Boomers are more cautious.

The problem is that you cannot unring a bell. Once your personal information has been willingly handed over in good faith, and then you quickly determine that the offers and invasive emails are in fact not useful at all , even the subsequent “opting out” is often not effective because in the meantime your info has been shared with/sold to others. Boomers and Gen Xers who have seen a bit of how the world works already know this. Millennials and Gen Z are learning this the hard way.

I think the results of this survey coincide nicely with a general increase in technology, and thus a larger feel of comfort with technology itself. Over the past 20 years, thanks mostly to the Internet of Things, both Millennials and Generation Z are very familiar with software. Both demographics make frequent use of tech both at home, and in the workplace. Similarly, the majority of both demographics use applications daily. The idea of widely distributing information is consistent with putting information into emails, websites and mobile applications. Therefore, it is not a strange request to Millennials and consumers of Gen Z to share information with retailers.

Retailers and brands alike must remind themselves that the characteristics of both these demographics indicate that if consumers do not feel as though they are getting something in return, the exchange of information will not last. More than likely, once consumers of these groups veer away from a brand, they will not return.

Millennials and Gen Z populous are keenly aware of the benefits of being able to create and abandon countless e-mail accounts almost effortlessly to gather information for the things they want or need. This ability allows for search and seizure of relevant information with a new meaning while owning no residual hassle from vendors and the relentless onslaught of no longer necessary information. Email validation as a maintenance task for past purchase clientele is expensive and can decimate the population of a product like an active email list.

Braintrust
"So I’ve seen other similar studies, and I have to say the "percentage of the willing" seems too high — even for Millennials. It doesn’t pass the sniff test."