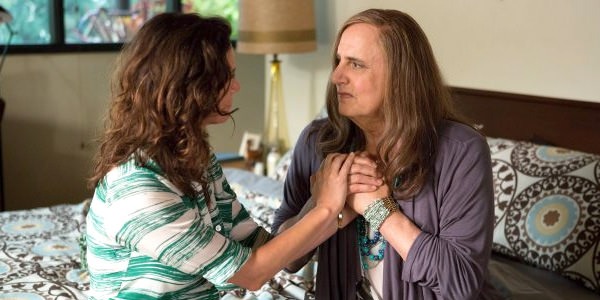 It’s no secret that Amazon.com has had its sights set on Netflix and its subscribers for years. Now, the e-tailing giant has a new plan to achieve its goal. It will offer a monthly subscription plan for its streaming video content for $8.99 a month, a buck lower than that charged by Netflix.

Both Amazon and Netflix have moved into producing original content in recent years, with many of the new shows proving popular with viewers. While it could be said Amazon has been playing catch-up in this regard, the company has achieved success with shows like Transparent which won multiple Emmy’s last year.

The move to a standalone subscription model for streaming videos can also be seen as a means for Amazon to bulk up its Prime memberships. The company will also offer a monthly membership option for $10.99 a month versus the one-time $99 annual fee it currently charges. Prime members currently enjoy Amazon’s original shows and other content at no additional charge.

Perhaps the biggest knock on Amazon’s video is that it does not offer the depth of content that can be found on Netflix. The company has sought to cut into that deficit, having signed deals with HBO and Epix to stream content from those networks.

Mark Mahaney, an analyst with RBC Capital Markets, appears to like Amazon’s chances. He told USA Today, “Amazon certainly has the brand name, the customer relationships, and the focus on high-quality consumer experiences to impact the growth in Netflix’s U.S. subscriber base, and perhaps eventually its global subscriber base.”

Yesterday, Netflix posted earnings that doubled what analysts had been expecting attributed to its subscriber base growing more than anticipated. The company, however, saw the price of its shares fall in after-hours trading after management said it expected the rate of new subscribers to slow. During the first quarter, Netflix added 6.74 million subscribers. During the second quarter it expects to add another 2.5 million as it continues to expand outside the U.S.

DISCUSSION QUESTIONS:
What do you think of Amazon’s monthly subscription plan for streaming video? How do you think it will affect Prime memberships?

Please practice The RetailWire Golden Rule when submitting your comments.
Braintrust
"As long as Netflix has House of Cards and terrific series like Bloodline and Longmire, its devotees won’t switch."

"While arguably an annual Prime subscription makes more fiscal sense than a monthly membership, it’s an avenue to convert monthly Netflix subscribers that don’t want to lay out the yearly lump sum."

"While I usually favor Amazon, in this case it is all about content and in comparing the offerings, so Netflix still wins."

Competition is good for consumers and for Hollywood. With the additional competition, Hollywood studios, which have seen revenue declines as DVD ownership plummeted, should be able to realize more money for their films. Consumers will benefit from lower subscription fees and more original programming. There is no reason why both companies cannot succeed in this space and significantly expand the subscriber base.

There is a cache of people out there that both are not part of Amazon Prime and are Netflix users. While arguably an annual Prime subscription makes more fiscal sense than a monthly membership, it’s an avenue to convert monthly Netflix subscribers that don’t want to lay out the yearly lump sum.

The fact that Netflix has more content can be tempered by two things:

So it will not be an issue for long if it even is now.

For Prime, anyone that jumps ship and pays Amazon monthly long enough is likely to switch to an annual Prime membership, potentially impacting general sales in a positive way, long term.

America’s most successful export and brand is Hollywood. Tapping into the entertainment business is a very lucrative move for Amazon. Amazon will definitely gain market share with an expanded library of content. As their library expands so will their market share. As a subscriber of both Amazon Prime and Netflix, I would move exclusively to Amazon if (and when) the library of titles expands.

There is no downside to Amazon’s plan. Soon the subscribers will realize that it is a better deal that they convert to Prime, then the user stops going anywhere else online but Amazon to buy anything.

But the real discussion is, where is this all going? It isn’t just Amazon and Netflix. It is Walmart, Google, Apple and others. Think Alibaba will have an impact?

This is all about boosting Amazon’s Prime membership which is the company’s powerful wedge for building loyalty as an effective moat strategy.

Even though Amazon will appear to be taking uneconomical and irrational actions, these all build on branding Prime and increasing that value proposition so it is meaningful and relevant to a segment of one.

As Mickey Drexler once famously said, “How do you compete with a GIANT company that doesn’t want to make money?” Indeed, how do you? I guess Netflix is about to try and find out!

But my money is on the guys who don’t want to make money.

Content is the key. If you don’t have the content you can give it away for free and it will not matter. Until Amazon gets the library of videos to make it worthwhile, Netflix has nothing to worry about.

While I usually favor Amazon, in this case it is all about content and in comparing the offerings, so Netflix still wins. But if Amazon can make inroads in that regard, they certainly have the ability to push ahead, especially given their propensity to do things whether or not they make money at them.

Braintrust
"As long as Netflix has House of Cards and terrific series like Bloodline and Longmire, its devotees won’t switch."

"While arguably an annual Prime subscription makes more fiscal sense than a monthly membership, it’s an avenue to convert monthly Netflix subscribers that don’t want to lay out the yearly lump sum."

"While I usually favor Amazon, in this case it is all about content and in comparing the offerings, so Netflix still wins."