Sears Holdings not looking to make a fuss over store closings 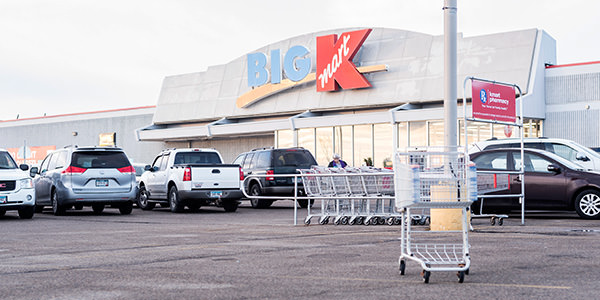 Is there anyone left who still believes that Kmart and Sears has been anything other than a real estate play for Edward Lampert? And yet, some of the company’s recent tactics are puzzling.

If the answer is “No,” what’s the point of Sears Holdings seemingly going out of its way to avoid attention to store closings?

As reports by the Los Angeles Times, the Consumerist and others have pointed out, other retailers planning to close stores, including Finish Line (150) and Macy’s (40), have issued national press releases to announce their intentions. Even J.C. Penney, which plans to shutter seven stores in smaller markets by early April, identified all the locations to The Dallas Morning News even though none of the planned closings are in Texas.

As the Consumerist correctly points out, there is no rule that requires Sears Holdings to issue a national announcement. The company may have made the decision to not do so to avoid headlines declaring its imminent demise. But having chosen this path, it has actually attracted more attention from press outlets.

“We are going to be closing some Kmart and Sears stores in various cities across the country. It is a very small percentage of our overall number of stores,” Howard Riefs, a Sears Holdings spokesperson, told Reuters without disclosing the total number of locations slated to be closed.

The Consumerist, checking local news accounts and quarterly reports to shareholders, has created its own list of closings and asked readers to let the site know if there are others that should be added. According to the current list, 39 Kmarts and five Sears have closed or are slated to close between April 2015 and 2016.

What do you make of Sears Holdings’ apparent decision to low-key its planned store closings? Does the approach taken by Sears Holdings change your view on the company’s future prospects?

Please practice The RetailWire Golden Rule when submitting your comments.
Braintrust
"Nobody cares!"

"Sears Holdings continues to amaze me in that they have been able to avoid closing more stores or even filing for reorganization. But attention Kmart shoppers, if you want a Kenmore refrigerator, I would get it now."

"I don’t see anything amiss here. In fact, I’ve just returned from doing research in the Midwest on dead malls and at one site, the only retailer that was still in business was Sears, operating in the same anchor store they opened in 1967."

Whatever they may or may not be doing, it’s all over but the shouting. Sears/Kmart are going the way of A&P, and two more old and once revered banners will disappear into the ether.

We are so numb to Sears-Kmart closings that we no longer care. In 2003 at a retail conference they asked for hands if we thought Kmart would be gone in two years. I think everyone raised their hands. The closing of all Sears and Kmart stores is like the birth of a child. It will happen. It just seems like a long drawn out torture. Now if Walmart were to announce a large number of store closings, that would be news.

Sears Holdings continues to amaze me in that they have been able to avoid closing more stores or even filing for reorganization. Their entire approach to retailing is embedded in old thinking and the burdens of stagnant inventory and large stores, without the benefit of a solid merchandising, marketing and omnichannel selling approach.

Unfortunately, my view of their future prospects was bleak before this recent news, and now more so. Attention Kmart shoppers, if you want a Kenmore refrigerator, I would get it now.

Holiday provides a unique opportunity to really evaluate the drawing power of an individual store. No other time of the year has the volume of traffic. Either it draws or not. If it doesn’t and there isn’t an easy solution to drive revenue then the store should be closed. Sometimes there is a pause or delay in pulling the trigger. But it is usually postponing the inevitable.

Right now, we are in an amazing time for retail. The power of online only exacerbates the lack of productivity and heightens the need to shutter unproductive units. SHC profitability is under more pressure with the de-comping of the brick-and-mortar channel. As it shifts to a buying club, stores no longer have the same value in the business model. It remains death by a thousands cuts.

Or as we like to say, “retail ain’t for sissies.” Even if it isn’t really retail.

One thing baffles me. At least some of the Kmart stores are being converted to At Home stores, which in today’s retail environment seems like a much more viable format. Why are they not taking the news, putting a positive spin on it and get some publicity for this division and downplaying the rest?

I don’t see anything amiss here. In fact, I’ve just returned from doing research in the Midwest on dead malls and at one site, the only retailer that was still in business was Sears, operating in the same anchor store they opened in 1967. Not worried about Sears Holdings’ future. I think it is very well strategized.

The end result is stores are closing. Most of them are probably overdue and could have been shuttered long ago. What is the difference in how it was communicated? As Gene said, nobody cares.

What stores are these? Kmart who? You mean Sears is still in existence? I’d better hurry and get some “Easy-Living” paint. Oh wait, even my dad hasn’t used that for decades.

There’re so many possibilities here from saving face to utter incompetence — do they even know which stores they operate? — to a well thought out plan to … OK, we can eliminate that possibility.

But really — and sadly — does anyone care when a body is moved from one room in the morgue to another?

What is interesting is that I have been in about three different Sears units in the last two weeks and all of them look like they are trying to run the inventory way down in departments like electronics. And, it seemed like everything in the stores was on a year-end clearance sale. Wondering if these conditions are typical across the chain now or if these units are some that may go away.

"Sears Holdings continues to amaze me in that they have been able to avoid closing more stores or even filing for reorganization. But attention Kmart shoppers, if you want a Kenmore refrigerator, I would get it now."

"I don’t see anything amiss here. In fact, I’ve just returned from doing research in the Midwest on dead malls and at one site, the only retailer that was still in business was Sears, operating in the same anchor store they opened in 1967."