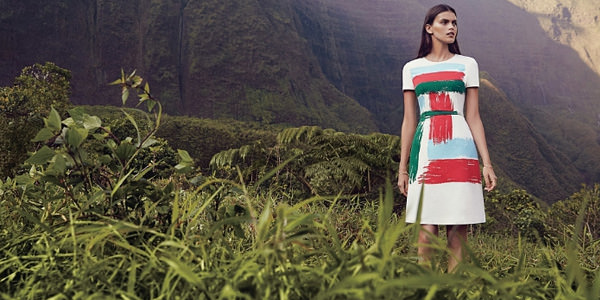 Based on a recent Milwaukee Journal Sentinel article, Lands’ End CEO Federica Marchionni is either the living embodiment of Miranda Priestly, the character played by Meryl Streep in “The Devil Wears Prada,” or a forward-looking executive on a mission to sweep away an anachronistic culture and bring a once-storied brand into the twenty-first century. Wherever the truth may stand, it is clear that Ms. Marchionni has no problem borrowing an idea that works for Amazon.com and putting it to work for her business.

A report by The Washington Post says that the recently re-launched Canvas brand by Lands’ End is being offered with a membership option, a la Prime, known as Canvas by Lands’ End Circle Membership. For an annual membership fee of $50, members receive free shipping and returns on all products purchased from Lands’ End. They also get a 20 percent discount on all regularly priced merchandise as well as an early shot at sales merchandise.

Lands’ End believes early access to deals is a key component of the Circle Membership plan. “We wanted to make sure that it was definitely the opportunity that you feel that you get to experience some exclusive offers,” Michele Casper, a spokesperson for the company, told the Post.

Canvas, for those not familiar, was a brand intended for younger consumers when it launched in 2009. Management pulled the plug on the brand several years later, but Ms. Marchionni made the decision to revive it.

“When I first started at Lands’ End, I was being asked by many people to bring back the Lands’ End Canvas collection,” Ms. Marchionni said last month. “When we began to design this exciting new collection, the name, Canvas by Lands’ End, was a perfect choice. Following the vision, this new collection allows us the opportunity to reach an additional audience, younger and more fashion conscious, with a strong desire to express their personal style. The line, inspired by the freedom of artistic expression, features a white label symbolizing the ability to personally create one’s own canvas.”

DISCUSSION QUESTIONS:
What do you see as the pros and cons of the Canvas by Lands’ End Circle Membership? Ultimately, do you think it will prove successful for Lands’ End?

Please practice The RetailWire Golden Rule when submitting your comments.
Braintrust
"Even before the Circle Membership launches, the math would suggest that this should be tested very carefully!"

"Kudos to Lands’ End for trying something, but ... Amazon’s advantage is that it sells nearly everything, from barbecue grills to Jimmy Choo heels."

"This is not to say that Lands’ End doesn’t need a good shaking up. It’s just that a subscription model may not fit the company at this time."

13 Comments on "Should Lands’ End follow in Amazon Prime’s footsteps?"

Let’s do some quick math. $50 membership gets you free shipping AND 20 percent off regularly-priced merchandise (and free returns).

So the additional 20 percent off regularly-priced merchandise comes right off of Lands’ End’s margin. Factor in additional marketing costs to relaunch the Canvas brand and more marketing funds to promote the Circle Membership and there’s not much profit going to the bottom line.

All retailers compete with Amazon. They must try and test different approaches. So kudos for that. But even before the Circle Membership launches, the math would suggest that this should be tested very carefully!

Kudos to Lands’ End for trying something, but …

Amazon’s advantage is that it sells nearly everything, from barbecue grills to Jimmy Choo heels, so it’s going to be tough for a retailer in a specific niche to compete. We’re about to find out whether Lands’ End has a cult following or merely loyal customers.

Before it can move to a subscription model, Lands’ End needs to make clothing that consumers want and bring customers back to the brand. Amazon did not launch Prime until it had a strong, broad customer base.

The Lands’ End subscription gambit makes the assumption that there will be a limited supply of clothing that consumers crave. So far, that’s not the case. And if supplies are limited, the company runs the risk of ticking off consumers, a la Target.

This is not to say that Lands’ End doesn’t need a good shaking up. It’s just that a subscription model may not fit the company at this time.

The brand needs more street cred or it’s a meaningless exercise, I think.

I also don’t see teens becoming members of anything besides a new social network every week.

I don’t think the company will get enough takers to impact much of anything … except get a few inches of coverage in the media (like this!).

Canvas will succeed or fail on the basis of its product development targeted to the right consumer. Knowing that Eddie Lampert owns a majority of Lands’ End stock reminds me that his effort to turn Sears into a “membership model” hasn’t worked out so well.

As a Lands’ End shopper I see no advantage in Canvas. I noticed it for the first time in a catalog I received in the mail. Gotta love the paper catalogs for encouraging more eyes on the name and products. But I digress.

Until I read this article I had no idea there was such a thing as Circle Membership. Maybe that’s a fault of the execution of the message. However, I’m confident that I receive many invitations for purchasing Lands’ End products at 20 percent or 30 percent off with free shipping. So I see no need to pay annually for the privilege.

Amazon’s Prime membership gives me access to scores of products and brands at various prices. It’s a whole different mindset for me.

Separately, I noticed the Canvas line of products and immediately thought of how J.Crew has their higher-end line. Within the context of Lands’ End it can have appeal, but just as another category such as household goods, shoes, etc. Some people will think the items are attractive and some won’t.

Sounds appealing on the surface, and Chris Petersen pointed out some very interesting points about the long-term economy of such a program for the retailer, but, among other problems, I think the name of a product or brand or service is really important. Would you be more inclined to be part of a program that’s called “Prime” before you’d join a program called “Canvas”? I would.

As others have indicated, “memberships” work well when there is a broad array of products that your membership entitles you to, or you have a high frequency of purchase. IMHO the same applies to “frequency/loyalty” programs where you earn benefits with purchase volumes. I think the memberships will only work for grocers/broad assortments (Amazon, Costco). For loyalty rewards it can probably also go to the credit card or payment providers as the aggregator of lots of purchase possibilities.

…”this new collection allows us the opportunity to reach an additional audience, younger and more fashion conscious….”

As a long-time Lands’ End customer, I feel the bigger problem is losing me, and likely a large part of their current customer base, as a dedicated supporter and buyer. I don’t find a membership too inspiring to get me to shop there again, and I don’t see how it inspires the new generation to shop at Lands’ End.

Curious to see how this plays out.

Amazon has proved that a program like “Prime” can be very powerful.

In addition to the many reasons others have already highlighted, this program will be ineffective because Prime is designed to drive Amazon’s strategy to get customers to consolidate household expenditures across a wide range of merchandise. Lands’ End can only hope to conquest whatever other clothing purchases the particular household member who wants to wear Canvas (a brand with little cache) might make.

The only customers that will sign up are the (few) customers who already intend to clothe themselves in Canvas. Meaning, Lands’ End is going to reduce the margin dollars generated by their most profitable customers, while not generating the incremental sales (in other categories) that would justify the cost of the program.

Strangely, the program seems designed to minimize Amazon’s “consolidation of purchases,” strategy as its benefits are limited only to Canvas purchases (vs. extending to Lands’ End purchases as well).

Hmm, L.L.Bean — presumably one of LE’s main competitors — offers free shipping for a “membership fee” of zero. So, no, I don’t see this as an advantage. They need to concentrate on getting back to offering the kind of clothes people want to buy, not trying to give them away.

I don’t believe the Circle Membership idea with a fee will work with LE customers. They are already used to free shipping over $50 order, and seem to only order items when they go on sale or with a coupon. I don’t think the customer base will buy these items at full price, and don’t see them inclined to pay an annual fee. I think Amazon does well with this concept because of the variety of items offered for personal, home, business, jewelry — just about anything your heart desires — a few clicks and it’s on your doorstep. LE Canvas has a very limited offering. It’s just not comparable.

It seems I am in the minority among respondents here, but I do believe the Circle program will work. The greatest dependency for success is of course the brand itself. If this program were to be offered across the entire Lands’ End product line, the prospects for success would be stronger.

Using the program as support for reintroduction of this new sub-brand is an interesting promotional tool. Spending $250 is not a high hurdle to recoup the membership fee, given the 20% discount. Add in free shipping and it seems good motivation for the program.

I might have introduced this in more of a promotional framework, allowing for the need to pull it in the future.

Braintrust
"Even before the Circle Membership launches, the math would suggest that this should be tested very carefully!"

"Kudos to Lands’ End for trying something, but ... Amazon’s advantage is that it sells nearly everything, from barbecue grills to Jimmy Choo heels."

"This is not to say that Lands’ End doesn’t need a good shaking up. It’s just that a subscription model may not fit the company at this time."