Target asks vendors to take it to another level 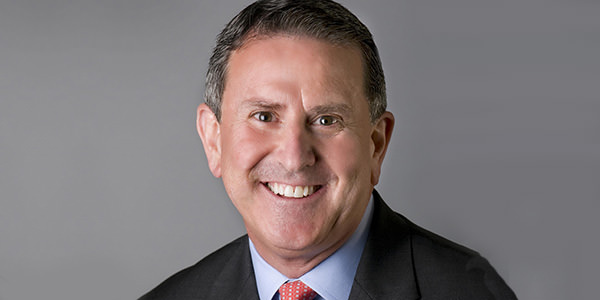 Earlier this year, many of Target’s large CPG suppliers had reasons to be nervous. The retailer made clear its plan to differentiate by offering more product choices in areas such as organics and gluten-free. This could mean lost shelf space and/or promotional opportunities for some. While all of that may still be true, Target’s latest message is that the company will need cooperation and collaboration from all its suppliers to achieve its goals.

Speaking at the retailer’s annual vendors summit, as reported by the Star Tribune, Target CEO Brian Cornell acknowledged that the chain’s focus on signature categories (Baby, Kids, Style and Wellness) could be creating a sense of unease among certain suppliers.

The wellness component is particularly critical in grocery. Back in March, Mr. Cornell told analysts that grocery represented more than 20 percent of Target’s sales and food tied closely to the chain’s focus on wellness. This week he told vendors, "There’s a simple truth: this wellness movement is incredibly important to our guest. It’s a really big space. … It’s growing faster than just about anything else."

Among the areas in which Target is seeking to work with suppliers is the launch of new, exclusive products.

Target also indicated that it is moving forward on a number digital initiatives including a test of grocery delivery, an expansion of its curbside pickup pilot, and improvements to the company’s website that will, among other things, allow customers to see product inventory levels by store location.

What type of effort will Target need to put forth on its end to get the level of cooperation and collaboration it is seeking from vendors? What do you expect will be the reaction of CPG suppliers that have space and/or promotions cut as a result of Target’s shifting priorities?

Please practice The RetailWire Golden Rule when submitting your comments.
Braintrust
"Hey, at least Target is giving clear and specific direction these days rather than staying stuck in its enigmatic, Steinhafel-era past. Suppliers should welcome the insights, and take them seriously."

Given that “the areas in which Target is seeking to work with suppliers is the launch of new, exclusive products,” I’d suggest Target collaborate more closely with suppliers to ensure the right data and analytics are shared. This recent example of big data analytics highlights how important it is to identify not just the drivers of a good launch but the right customers that will sustain a new product’s success. Very interesting.

Suppliers will be nervous — that is a typical reaction to uncertainty. In terms of collaboration several things are necessary to know: 1.) Who is the joint consumer — retailer, manufacturer and specific store? 2.) What works for the segments of valuable consumers? 3.) What will make the consumers’ lives easier? 4.) What will make the shopping experience better? Depending upon what that means for your joint consumers. This is a major task but could be a major way to differentiate Target.

So let me get this straight. First Target delists hundreds, maybe thousands, of CPG products so they can go with their “less is more” strategy. Now they are telling CPG players in some areas that they want to make further cuts in favor of “healthy” products. And yet they want CPG vendors to help and collaborate? It raises the question — is it time for CPG food vendors to think about the non-Target strategy, cutting their efforts to make Target happy in favor of other venues?

In my opinion, one of Target’s opportunities lies in evaluating which categories they should even be in, given their history of having very limited offerings and breadth in areas such as automotive, hardware and electrical for example.

As they move towards a stronger presence in their core areas, it is logical that as they are expanded many of the aforementioned categories will suffer further.

As large as Target is, there is so much category growth in food, drug, mass and dollar, that vendors should have no problem finding sales growth where their categories are flourishing, if those opportunities cease to exist at Target.

Target sees the future from a company chosen perspective. This is strongly supported by the recent misses in market we have witnessed over the past several years. The bad news is that vendors are watching many retailers sign on for the wellness and organic market(s). Regardless of the lifespan we will see in this direction, the inertia is in favor of their changing to support the stores. Guaranteed purchase orders with annual quantity extra scheduled pricing might soften the inevitable overdrive in this new clamor for store sales.

Hey, at least Target is giving clear and specific direction these days rather than staying stuck in its enigmatic, Steinhafel-era past. Suppliers should welcome the insights, and take them seriously.

I think Dr. Needel aptly sums up the frustration many vendors are likely feeling—”there they go again on another half-baked idea!” But the reality is, Target (still) sells a lot of their product, and they are likely to want that to continue. Sure, there are a few niche/marginal product lines, or lines with a particularly influential brand manager (with a temper) who will tell Target to take their “wellness movement” and …uhm, put it where the scanners can’t read, but I think they will be just that…few.

Braintrust
"Hey, at least Target is giving clear and specific direction these days rather than staying stuck in its enigmatic, Steinhafel-era past. Suppliers should welcome the insights, and take them seriously."