There’s good news, but is Penney turning around fast enough? 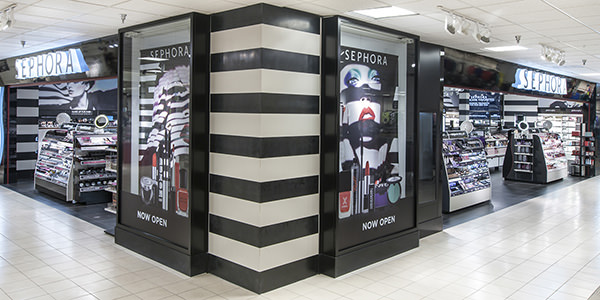 J.C Penney had a decent second quarter. While many other department stores struggled, Penney used strong contributions from its home, jewelry, men’s and Sephora categories to achieve a 4.1 percent increase in same-store sales and a modest 100 basis point improvement in gross margin.

Sephora continues to be a key business driver for Penney, posting a double-digit increase in same-store sales for the second quarter. The business improved across all of Penney’s divisions, with the western and central regions showing the greatest growth. Today, there are 515 Sephora stores-within-a-store operating inside of Penney locations and plans call for further expansion of the partnership between the two retail brands.

For all the good news around Penney’s quarter, there remains the reality that the chain still posted a loss of 41 cents a share (Wall Street expected a 50 cent loss) as it continues to pay down high interest expenses for store redesigns incurred under former CEO Ron Johnson.

"Although we have significant work to do as a company to regain our status as a world-class retailer, I am pleased with the resilience and the efforts of our associates," said Marvin Ellison, Penney’s CEO, in a statement. "I also remain confident in our ability to achieve the long-term financial targets we have laid out."

According to Commerce Department figures, department store sales were down 0.8 percent in July. Mr. Ellison plans to buck any downward trend in the sector with an emphasis on omnichannel and supply chain improvements.

What are your thoughts on Penney’s steady, albeit slow, comeback? Do you have confidence in Marvin Ellison’s ability to lead the chain to a full rebound?

Please practice The RetailWire Golden Rule when submitting your comments.
Braintrust
"But simply rewinding to 2010 and trying to erase the errors of the Ron Johnson era isn’t enough to declare that J.C. Penney is a sustainable turnaround story, despite its opportunity to pick up share from Sears right now."

10 Comments on "There’s good news, but is Penney turning around fast enough?"

I’ve commented to consulting clients that the store count and the high expense structure is the big issue facing Mr. Ellison. J.C. Penney has a “legacy” issue of too many unproductive stores (by the sales-per-square foot standards of its competitors) and has always run much higher SG&A levels than its biggest national competitor, Kohl’s. The new CEO needs to tell us more about his plans to fix this.

So far, Mr. Ellison has said the right things about catching up on omnichannel, on improvements in supply chain management, and on some of the merchandising improvements started by Mike Ullman. (And the stores I’ve shopped look improved, especially in the re-engineered home store.) But simply rewinding to 2010 and trying to erase the errors of the Ron Johnson era isn’t enough to declare that J.C. Penney is a sustainable turnaround story, despite its opportunity to pick up share from Sears right now.

My thoughts are there is no comeback. Just a slowdown on fading into darkness. Any company can manipulate sales to make it look like they increased in one quarter. But you can usually only do that for one quarter. Even if they legitimately did increase 4.1 percent, 4.1 percent of nothing is still nothing.

I just wrote an article on this for our clients. I believe the whole department store sector is still over-stored, particularly the value segment. The promotional component is confusing if not downright deceptive. And the experience is definitely nothing to write home about. There are way too many other options out there for J.C. Penney to achieve a full rebound and that’s saying nothing about e-commerce.

Not buying it. The men’s, home, Sephora and fine jewelry categories do not jive with the reality that lifestyle and wellness categories such as yoga pants are disrupting the clothing market. In addition, mall spaces have yet to show a promising rebound.

I wouldn’t bet on that horse! Have you been in a Penney’s lately? Definitely not seeing the beginnings of big change like you did in some test stores when Johnson was running the ship. Making Sephora bigger? No brainer. Perhaps the entire space should be a Sephora. So where’s the change going to come from?

Sorry about the diatribe, but it’s really hard to see where this brand is going, especially considering the way everyone else is moving. Target is moving, Walmart is moving, the specialty guys like Urban Outfitters and Gap are moving, so this pales in comparison.

I was reading a newspaper article about a new J.C. Penney grand opening that included pictures. Then I realized it was look back in time article from 40-plus years ago. It had me fooled because those pictures looked exactly like the J.C. Penney store looks down by my local mall. I wouldn’t be surprised if the store is doing the same volume it was doing in 1973. The only comeback I see is that no matter what J.C. Penney does, they always end up coming back to 1973.

“Yes, but…” is my thought when it comes to Penney’s. Yes they showed progress, but can they sustain it? Yes Sephora is the driver of the improved numbers, but how long can they depend on Sephora? Yes there was improvement. But what happened to the East and South regions? Yes there is hope for Penney’s. But can we rely on what we see or is this a temporary thing?

Suffice it to say the JCP boosters weren’t responding to this question (hopefully they’re all down at a store buying something).

Some people are never satisfied. If there had been (even) bigger gains they would had doubted them, or said they were unsustainable; if the slide had continued, they wouldn’t have like that either.

A modest gain is what one hopes for in a turnaround; does this guarantee one? No, of course not…but it’s what one would hope for; so if you don’t like this, then you’ll never like any result from them (which, admittedly IS the though of those who think the situation is hopeless).

Depends on what you consider a full rebound. Department store business overall is stagnant at best. I think they have a shot at regaining the same market share of that segment that they had previously, but overall, that pie is shrinking.

The company’s sales success is now in real estate, as in subletting. This is not a good indication that the core business is experiencing forward momentum and thus is good cause for investor concern to amplify. Ron Johnson’s grandiose vision of clothing retail was largely based on conjecture with no fundamental or practical references which are imperatives for makeover changes. The company is indeed needing a thorough reconnect to the 21st century market in all sales methods, as in brick-and-mortar, e-commerce and product that connects to the wants and needs of people that are buying “now.” Like many companies out there we may be watching a push to last longer than the economic depression we are in. A mid-20th century department store with the latest electronic tools and market connect ability is nothing more than a well dressed dinosaur refusing to let go. What was most interesting in the discussion was the announcement that more key executives with important responsibilities are leaving Home Depot and Target. And they are leaving to go to companies that… Read more »
0
|
0
-   Share

Braintrust
"But simply rewinding to 2010 and trying to erase the errors of the Ron Johnson era isn’t enough to declare that J.C. Penney is a sustainable turnaround story, despite its opportunity to pick up share from Sears right now."