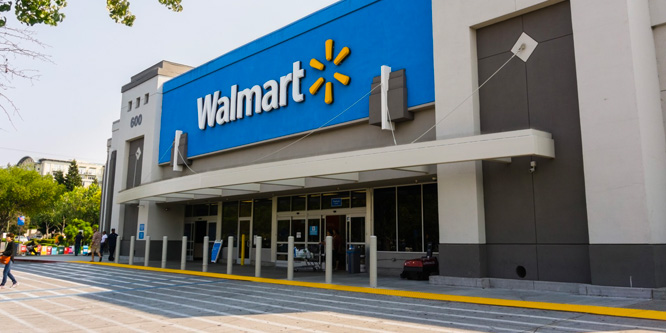 Walmart over the last year has quietly introduced “SWAT teams” of remodeling specialists as it steps up its upgrades to 500 U.S. locations annually.

In a blog entry, Walmart described the amount of work that goes into a remodel as “staggering.”

Previously, the discount giant hired up to 60 temporary associates within a couple of weeks to complete a 12-week remodel and found that placed too much pressure on store managers.

The job entails receiving and assembling store fixtures as well as moving and setting merchandise. Full-time associates are being promoted to these positions because the learning curve for temps was a “significant hurdle to overcome.”

According to Walmart’s Career page, a Remodel Associate position also requires helping customers in need, including finding items “that may not be in the usual places,” in addition to stocking products and unloading trucks.

More than 1,000 associates have been hired over the last year for the remodel teams. Each team consists of about 30 employees. They generally focus on urban markets with high store concentrations. The starting rate of $16 per hour is well above Walmart’s $11 starting wage and a few dollars more than the average department manager starting wage.

Over 400 more remodel associates will be hired to cover 15 markets in early 2020. The goal for these teams is to finish around 100 remodels and participate in hundreds more special projects in 2020. Walmart said the new teams “allow us to have knowledgeable, caring associate talent working on our remodels. Both customers and associates benefit from that.”

Target and Best Buy are among those with separate remodeling teams, according to Bloomberg. Remodels overall have received more focus as retailers work to add omnichannel capabilities to stores. New store growth for many have slowed as online selling reduces the need for as many stores per market.

John Mulligan, Target’s COO, said on the retailer’s third-quarter conference call, “We continue to see remodel sales lifts in line with our assumptions, and we see a meaningful second year lift that wasn’t originally part of our modeling for these projects.”

DISCUSSION QUESTIONS: Do retailers need a better (i.e., faster) plan for executing remodels given the demands of the marketplace? What advice do you have around execution?

Please practice The RetailWire Golden Rule when submitting your comments.
Braintrust
"The Walmart model places appropriate attention on store remodels which are critical to an aging retail real estate infrastructure. "

"Walmart is following its own advice."

"The temporary remodel team will make store remodels much more efficient and effective."

Wow — this is a surprise to me. Most large retailers I have worked for or with have a remodel team with managers, leads, etc. that are in charge of making sure the remodel timelines are being kept in check and the necessary equipment, etc. is in place. Definitely something that is needed in a big retail organization. You never want the store personnel involved in the remodel and trying to take care of customers at the same time – it does not work.

The Walmart model places appropriate attention on store remodels which are critical to an aging retail real estate infrastructure. A better, more focused system is required that does not completely disrupt retail operations during remodels. No surprise that Walmart has found a better solution.

This isn’t anything new, but I am surprised that it has not already been in place at Walmart. In my corporate life in visual merchandising and store planning we had store opening managers whose sole job was to move from state to state, coordinating both new store openings and remodels. Store opening managers knew exactly what to do, and how and when to do it, it making a big job so much easier.

It’s a huge, and sometimes overwhelming, task to remodel a store the size of Walmart, even more so when the store is open for business. It makes perfect sense to hire dedicated remodeling teams. I’m surprised that this hasn’t been in place all along.

Years ago Dollar General put in place a protocol for new store openings that has served it well. Remodelings are even more challenging, and retailers should pay attention to the learnings that come out of these projects.

I love reading about an idea, a strategy, a plan that SCALES! Not a one-off “A” store project, but a lift for the whole business. Maybe the need for a separate team could have come earlier in the process, but it is a welcome realization of what it really takes. Couple this with their “superstore” strategy and what sounds like an easing of the money burning e-commerce effort and it sounds like a deep belief in an evolving brick-and-mortar base.

It is a smart strategy and I am surprised they were not doing this before. It is a tremendous burden for store managers to be involved in hiring temporary staff for a remodel, as hiring and managing staff for ongoing operations is already time consuming. The temporary remodel team will make store remodels much more efficient and effective.

Walmart is following its own advice. A number of years ago Walmart listened to what their shoppers wanted, which included wider aisles, better lighting, etc. They created a new (remodeled) store as a result. Rather than rolling out the remodel effort to a large number of stores (or even the entire chain), they just tested a few. The result was a prettier store that didn’t impact revenue at all. Walmart is about large variety and low prices. Not about aesthetics. It’s a nice to have, not a need to have. This was all documented in a HBR article several years ago. No doubt the store has to keep up to date and include some basic modern essentials, but that is as far as a Walmart box store has to go.

Far be it from me to criticize, but I would think “…receiving and assembling store fixtures” would NOT be the kind of thing that (regular) store associates would be particularly good at, so hopefully creating “best of company” teams overcomes this limitation. Or maybe they should just spend a little more and outsource it to companies that actually specialize in construction.

Outstanding idea by Walmart of fully understanding the massive pressure remodels have on store Leadership and their staff. Home Depot has the Merchandise Execution Team or (M.E.T.) to tackle all store remodels, resets, and planogram changes. Best in Class retailers have figured out that their stores’ main focus should be on satisfying their guests.

After spending 30 years in the retail sector as an Executive Leader with eight different retailers, it is refreshing to see retailers adopting this strategy.

Braintrust
"The Walmart model places appropriate attention on store remodels which are critical to an aging retail real estate infrastructure. "

"Walmart is following its own advice."

"The temporary remodel team will make store remodels much more efficient and effective."