What do job cuts say about Nordstrom’s business? 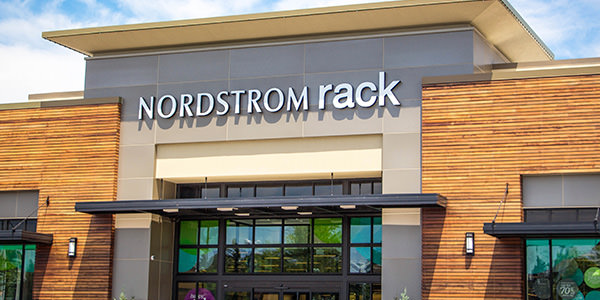 Nordstrom is cutting back. The department store chain announced yesterday that it will eliminate up to 400 jobs at its headquarters and regional offices in an attempt to cut about $60 million in annual costs.

The company said it will seek to minimize the number of people losing jobs as the first job cuts will be in currently open positions. Those who are let go will receive separation pay and benefits. In recent years, Nordstrom has been concentrating more of its efforts on enterprise technology enhancements in an effort to keep pace with a changing consumer base.

“We will never change our commitment to serving customers, but recognize how they want to be served has been changing at an increasingly rapid pace,” said Blake Nordstrom, co-president, Nordstrom, Inc., in a statement. “Meeting our customers’ expectations means we must continually evolve with them. We see opportunities to create a more efficient and agile organization that ensures we’re best positioned to achieve our goals.”

While Nordstrom said the company continued to gain share in both its full- and off-price businesses for its 2015 fiscal year, its business has clearly slowed. For the fourth quarter, Nordstrom announced total sales were up 5.2 percent, but same-store sales improved only one percent.

The newly announced job cuts comes a month after Nordstrom confirmed to GeekWire that it had cut 130 technology-related positions. Nordstrom employs more than 7,000 at its headquarters and around 70,000 worldwide when you include part-time positions.

DISCUSSION QUESTIONS:
What do you read into the earnings reports and job cuts at Nordstrom? How do you see the chain moving ahead in the near- and longer-term?

Please practice The RetailWire Golden Rule when submitting your comments.
Braintrust
"When Nordstrom says, "We see opportunities to create a more efficient and agile organization that ensures we’re best positioned to achieve our goals," I believe them."

"The cost of fulfillment is eating up profits. Nordstrom must balance it’s famous high-touch services with profits, so cuts are inevitable."

"I expect this to refocus the culture on the in-store experience and leverage consumer-driven technology to the benefit of customer, brands, and Nordstrom alike."

20 Comments on "What do job cuts say about Nordstrom’s business?"

On the surface it sounds bad to cut staff, but the real question is where.

To the customer on the street, Nordstrom represents the epitome of personalized service. If the job cuts were in the stores on the floor, that would be a direct threat to Nordstrom’s service as a key differentiator.

But according to this article the 400 job cuts are at headquarters and regional offices. There are genuine opportunities to streamline management systems and operations. But in the age of omnichannel and e-commerce, the cut of 130 technology positions seems very disconcerting.

Bottom line, the number that is the red flag: same-store sales up only 1 percent.

When Nordstrom says, “We see opportunities to create a more efficient and agile organization that ensures we’re best positioned to achieve our goals,” I believe them. They have led in every way over the years in adapting to the changing times and to technology, regarding customers and efficient administration.

Streamlining services and administration and adoption of technology leads to less need for so many individuals. I expect the chain to continue to lead in the adaptation to, and adoption of, technology and circumstances in the near- and long-term, as it always has.

The cost of fulfillment is eating up profits. Nordstrom must balance it’s famous high-touch services with profits, so cuts are inevitable. It will be interesting to see if these changes impact customer service, satisfaction and the bottom line.

Sorry, as I wrote in Hey Retailers! Nordstrom’s Customer Service Problems Are Yours Too,  the shopping experience is not the epitome of much at Nordstrom and hasn’t been for me for awhile. While I still shop there because of the product line, in my experience no one is taking the customer experience seriously.

Cutting 400 in field offices doesn’t sound like much but when fewer people are overseeing operations, who really is minding the stores? I suggest employees more now than ever are allowed to tap on phones, congregate behind kiosks and generally avoid interacting with shoppers.

Brands can rest on their laurels for only so long. Until someone takes ownership of how their retail brand morphs into whoever is allowed to work their salesfloor, the curious shoppers who brave the heat, cold and weather to come into a brick-and-mortar store will leave more and more without purchasing. And an app or beacon won’t be able to do the heavy lifting so easily managed in the moment when a human meets a human.

If those 400 people have jobs to do, it is a mistake. But I suspect that with appropriate use of technology, many jobs can be combined and eliminated. In that case this process is inevitable and we will see it over and over again across retail and other industries.

All is not well in the department store business at any end of the market, so seems the trend. Saving expenses is always a short-term remedy to a problem. Growing revenues is the only long term fix. Here I suspect more attention needs to be placed on getting compelling assortment and product selection right. For Nordstrom the balance between the full-line stores and the Racks in terms of which one is growing and profitable seems to be topical. It’s probably a lot harder and more expensive all around to grow the main business these days, but that’s the mainstay of their brand.

I think when we see well-run companies under-performing it says a lot about the real state of our economy, which is going highly ignored.

In the case of Nordstrom we see “higher-end” wealthier shoppers cutting back their spending on clothing and fashion, etc.

It will be interesting to watch just what “creating a more efficient and agile organization” will mean to a brand like Nordstrom, built on a superior commitment to customer-centricity and serving their customers, etc.

The way in shopping is changing, it has been changing and it is now changing faster than ever before. Make no mistake, I’m a fan of the in-store customer experience of Nordstrom and always have been. On the other hand, they are far behind and the experience is different. It’s indeed very different. The consumers that fit the Nordstrom profile are changing their ways just as fast as the trends in shopping are changing. At their core of origin, Nordstrom was a shoe store. That’s probably the best example of where they are so far behind when Zappos blows them out of the water with product, selection, experience and service. There is no decline in the level of product for their consumer to shop with Zappos, in fact they likely might feel it’s even higher-end. That’s one example, but it is an important one. Retailers are learning, in many cases the hard way, that experience has to transcend the channel. Why? The channel is changing. The Nordstrom Rack segment is another example. It carries their… Read more »
0
|
0
-   Share

As was said, what jobs were eliminated is key.

Nordstrom leadership has clearly outlined its investment strategy to continue enhancement of shopper’s brand engagement. A balance of store and tech improvements. A delicate balance to be sure.

I wouldn’t read too much into earnings reports connected to job cuts. All companies go through changes in the way they do business, and therefore the people at their HQs. There are economies to gain through technologies, consolidation of responsibilities and more. If the one or two time re-orgs and layoffs become a trend, then you can say earnings and sales are driving the change.

My response echoes some those made earlier. I would be far more worried about cuts at the field/store levels than at national or even regional offices. The retail world is changing and more retailers are not leading the change with adjustments in staffing from B&M to online. I expect that many of the jobs being cut are a result of this change.

It appears we are making something out of nothing. 400 jobs eliminating $60 million in annual costs sounds like some highly paid, low producers to me. Don’t worry ladies; your favorite sales clerk will still be there to assist you.

What do I read into it? That — sorry, fans — they’re like every other business; eliminating jobs when sales slow, or changing technology makes positions redundant.

Long term, we’ll probably see even more reductions as increasing movement to online reduces in-store traffic and the corresponding need for sales staff … their full-service model will make this a challenge.

What it says is that like ALL bricks-and-mortar retailers, Nordstrom has massive “parked capital” and has no idea what to do about it. This, in a rapidly changing world with Amazon having close to zero parked capital. What has worked so well for a century, is NOT going to work for the coming century.

Change or die! (I spelled out a detailed plan for transitioning away from parked capital, in Chapter 1 of the second edition of my book, due to be released in July.

The challenge with Nordstrom today is customer service expectations are changing from knowledgable store employees and generous return policies to omnichannel “instant gratification” customer service. Hopefully the cuts are used to invest in new areas and processes and not just to pad the bottom line.

It’s normal for administrative and office jobs to decrease as technology improves efficiency. I would expect any business that isn’t growing to slowly decrease its administrative side in line with technical and process advances.

Nordstrom holds a unique position in the retail landscape. Their particular culture is the basis of all they do, not just the mainline department stores, but their website, mobile, in-store experience, vendor relations and yes, even Nordstrom Rack. (Shop NR and Off 5th and TJMaxx/Marshalls and the difference is palpable.)

The current developments are indicative of larger market forces and shifts in consumer behavior, but the shiny bubble of the moment doesn’t sway Nordstom from its culture.

While I feel for those losing their jobs — been there — 530 of 70,000 worldwide isn’t a catastrophe. I expect this to refocus the culture on the in-store experience and leverage consumer-driven technology to the benefit of customer, brands, and Nordstrom alike.

Nordstrom recognizes that zero based budgeting has to take place. That means certain costs, like excess personnel costs at headquarters, has to be trimmed. Nordstrom will protect and grow in their areas of strength — Quality, Service, Customer-orientation, Speed, Selection, Availability throughout the Omnichannel.

I do not believe that job cuts are indicative of business performance and other widespread metrics. New technologies can make employees more productive, save time, and offer additional advantages. If employees are able to increase productivity and efficiency, the number of employees can feasibly decrease. Generally speaking, paying for employees (wages, benefits, etc.) is the most expensive part of owning a business. If Nordstrom wants to cut back those costs to reallocate funds in other areas, that seems sensible.

In the case of Nordstrom, my experience there has indicated that the company seems forward-thinking and progressive. I think that assuming job cuts mean something significant about Nordstrom’s business would be premature.

Braintrust
"When Nordstrom says, "We see opportunities to create a more efficient and agile organization that ensures we’re best positioned to achieve our goals," I believe them."

"The cost of fulfillment is eating up profits. Nordstrom must balance it’s famous high-touch services with profits, so cuts are inevitable."

"I expect this to refocus the culture on the in-store experience and leverage consumer-driven technology to the benefit of customer, brands, and Nordstrom alike."