Why has Shein become a breakout hit with America’s teens? 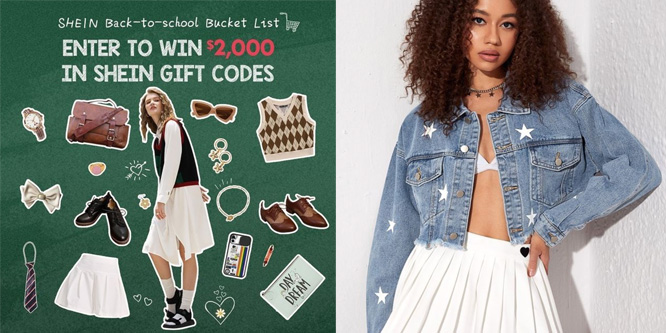 Among the signs of traction:

From an outreach standpoint, Shein has figured out how to make its deals go viral on TikTok and other social platforms. An article in The Goods by Vox stated, “It has cemented its reputation among regular people, particularly Gen Z shoppers, who promote the brand through unsponsored clothing hauls and outfit posts on social media.”

Shein’s deals are made possible via its supply chain that delivers endless fashion options at eye-popping prices. Little is known about Shein’s supply chain, however, because the company keeps a low profile.

A Wall Street Journal profile relied on interviews with third-party suppliers to determine that Shein sources from upwards of 5,000 factories in China, mostly in the southern province of Guangdong, to churn out small batches of 100 to 500 fashion items.

A TechCrunch article stated online technologies further enables Shein to tailor products to local tastes. The articles noted, “The strategy is not unlike TikTok matching content creators with users by using algorithms to understand their habits in real-time.”

Shein has been called out over photos that don’t match images on the app and over product quality and has been accused of copyright infringement and use of child labor. The Journal article concluded that questionable practices as well as sustainability concerns are so far being downplayed by young customers.

Katrina Gagliano, a 29-year-old Shein fan, told the paper, “All that stuff kind of falls to the wayside because you just get so much for your money.”

DISCUSSION QUESTIONS: Why haven’t lack of transparency nor its sustainability challenges been much of a hurdle for Shein? Has the Chinese company created a retail model for long-term success in the U.S.?

Please practice The RetailWire Golden Rule when submitting your comments.
Braintrust
"Shein’s ubiquitous ads on social media and its fresh designs are irresistible. "

"Say all you want about sustainability and transparency. Americans love newness, and they love a deal!"

"Shein is in perfect alignment with the rapid but intense trend cycles of TikTok and SnapChat users."

11 Comments on "Why has Shein become a breakout hit with America’s teens?"

Shein ticks a lot of boxes with teenagers: constant churn in products, great digital operations, a strong social media marketing and influencer base, affordability, on top of fashion trends. When those needs are fulfilled, sustainability and transparency often take a back seat. The truth is that there is an enormous gap between what people say is important, or even truly believe is important, and how they act when it comes to their personal consumption. Change does occur, as we have seen in areas like resale, but it does not occur consistently or even coherently.

Shein’s ubiquitous ads on social media and its fresh designs are irresistible. Fashion companies selling the same styles they did in 1992 should take notice…

Gen Z repeatedly claims that sustainability and transparency matter, but the cohort is still extremely motivated by price-sensitivity and trendiness. This past year has been a challenge for speedy delivery, yet that isn’t an issue for Shein, making it an appealing brand able to cater to overnight trend shifts. There will always be low-priced, convenience-driven brands that succeed, but as Gen Z gains spending power, the fast fashion model will likely erode in popularity considering how important young consumers find environmentally-friendly practices.

A phenomenal online presence when all anybody had for 18 months is online, combined with the fact that incomes for many young people were hit badly, is a great combination for a fast-fashion brand with low-cost offerings. Sustainability will rise in priority again for this generation as things (eventually) get back to normal.

Our 13-year-old hears the words, “put the app down” even more than “go clean your room.” That applies to both TikTok and Shein (pronounced she-in). Sometimes it seems that Chinese brands have figured out something about America’s kids that domestic companies have not.

Say all you want about sustainability and transparency. Americans love newness, and they love a deal!

Shein is in perfect alignment with the rapid but intense trend cycles of TikTok and SnapChat users. This youthful and creative demographic continuously seek ways to express, differentiate and align themselves with their peers which was the impetus for the rise of fast fashion in the first place. Shein is simply paying attention to the behavior of their core buyers and gifted at telling their brand story in a way that resonates.

This is a gigantic memo written in all caps about the impact social media is having on retail. With a not so subtle subtext about the importance of transparency and sustainability to a segment of the shopping public. It’s just a $5 tank top. What’s the big deal?

The breakout here is due to the confluence of viral social media platforms and a steady variety of new fast fashion at rock-bottom prices presented in a highly personalized way in a dedicated app to a targeted customer base. Shein is innovating along multiple dimensions: sourcing, product, and technology while leveraging digital and social behaviors of customers in their teens and early 20s. While today, transparency and sustainability issues are in the background, they will become hurdles in the future as Shein gains more incredible notoriety.

Shein is certainly knocking it out of the park leveraging both social marketing channels and low cost “fast fashion” to explode their sales. Their target market can turn on a dime though, and I predict that it won’t be long before their current frantic buyers are shunning the brand.

It’s the same reason people claim they want sustainable and organic products, but don’t buy them. They love the concept in theory, but when it comes to their wallet, they often choose differently.

Braintrust
"Shein’s ubiquitous ads on social media and its fresh designs are irresistible. "

"Say all you want about sustainability and transparency. Americans love newness, and they love a deal!"

"Shein is in perfect alignment with the rapid but intense trend cycles of TikTok and SnapChat users."