Will Alexa become the voice of IoT? 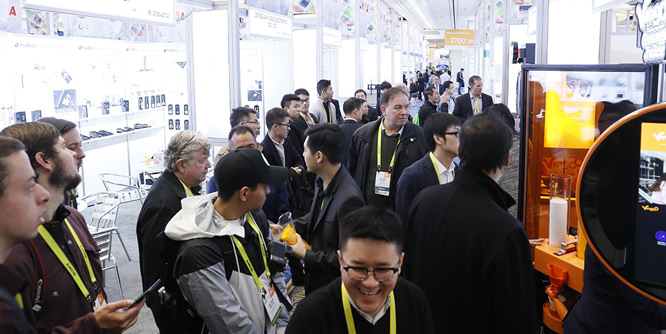 Artificial Intelligence was topic number one at the 2017 International CES, thanks largely to Amazon’s Alexa, the undisputed star of the technology showcase.

Hundreds of new products are being introduced with the virtual voice assistant and no shortage of press singing their praises to consumers.

Amazon has sold “millions” of its Echo Bluetooth speakers with Alexa inside. Now that hundreds more Alexa-enabled devices are coming to market, the benefits to Amazon will grow, and quickly.

Amazon smartly made Alexa an easy to work with, flexible program, much like Apple did with the iPhone to spur app development. It is essentially creating an operating system for the home, one that will connect the myriad of smart devices in the Internet of Things to each other and to Amazon.

The access and data loop will be enormous. All queries will be known to Amazon and users will have a direct line to all of Amazon’s content, goods and services.

Already today, many households have multiple IoT devices and, by 2020, there will be upwards of 50 billion connected devices on the market, according to Gartner.

Electronics and appliances are durable goods. Once they are installed, they are not replaced frequently, especially TVs and refrigerators. Once Amazon gets a foot in the door, it will stay there for a good long time.

But watch out Amazon — Google and Microsoft have AI and IoT plans of their own.

“Amazon has gotten out in front with third-party integrations, but there is much more to AI-driven voice than that,” said Ross Rubin, principal analyst at Reticle Research.

“Over time, the ball is moving out of Amazon’s court and into Google’s.”

Still, the advantage is Amazon’s with millions of devices already in homes, millions more coming to market in the next 12 months, and a growing number of Prime members that search Amazon first, bypassing Google completely.

Please practice The RetailWire Golden Rule when submitting your comments.
Braintrust
"I can see many niche players in the IoT space in the future, but none that will be so embedded in the consumer psyche as Amazon."

"I disagree with Ross Rubin about Google gaining the advantage in the future. For one, Amazon continues to increase its dominance over Google..."

"This is way more than an operating system, it is a platform. Just like Apple, Amazon did it right..."

15 Comments on "Will Alexa become the voice of IoT?"

The NRF show is next week and we’ll undoubtedly hear more their about applications in retail. While it’s too soon to declare a winner in this space, there’s no question that customers are going to be shocked — shocked! — to learn that these devices are gathering significant amounts of information about them. Before we get out too far ahead of ourselves, we should have a dialogue about customer privacy expectations.

Leading your comment with NRF is spot-on, Cathy! The reason Alexa/Amazon will win the technological battle of IoT is because the IoT is not about technology. It is about easier ways to get stuff — and to get stuff done! To those who argue the power of Google and “search,” consider this — outside the work or academic environments, what is the most common thing “searched?” Stuff to buy! (Or maybe music — just on sheer volume of requests — but Alexa has that covered.)

I’m not so sure the privacy concerns are that great but that’s just an opinion. Though I will point out that it is the opinion of a conservative Boomer with a self-professed “you leave me alone and I’ll leave you alone” attitude toward life. But I also admit that I am a (somewhat conflicted) unabashed fan of IoT in general and Alexa in particular. We are probably more careful than most about privacy in our house. So if we can get over those hurdles I believe most can.

Alexa records everything it hears. The government has already subpoenaed information from Amazon.

Amazon has been investing in Amazon Web Services, its cloud platform, which is the power behind Alexa and its IoT infrastructure, for many years. AWS has reached $10 billion in revenue this year and is larger than the next 14 competitors combined. So Amazon has a significant jump on the competition.

Through AWS, Amazon has the bandwidth to connect to any IoT device coming onto the market. Couple that infrastructure with the customer trust and loyalty that Amazon.com has developed and you have the market leader in Alexa.

I can see many niche players in the IoT space in the future, but none that will be so embedded in the consumer psyche as Amazon.

Alexa is shaping up to be the next great operating system (OS). They were the first to open the platform to developers and it is paying off. However, I do think that it is imperative that Amazon focuses on increasing Alexa’s knowledge base and figures out a more seamless way to interact with skills. “Sorry I didn’t understand the question I heard” gets old.

The IoT is in its nascent stage and Amazon has a sizable early lead in connectivity, but that does not guarantee consumer acceptance or continued Amazon dominance. First, the IoT is easy to hack, making many consumers (including this one) hesitant to bring these items into homes. Second, the number of homes with Alexa devices represent a tiny fraction of all households, leaving the door open for competitors such as Apple and Google. We have a long way to go before widespread adoption and being able to declare the digital assistant winner(s).

I disagree with Ross Rubin about Google gaining the advantage in the future. For one, Amazon continues to increase its dominance over Google as being the starting point for search on products and services.

Also, expect Bezos/Amazon to make more moves to put it in a position to battle Google and Facebook as the starting point place to get news. Bezos’s Washington Post already offers free subscriptions to the subscribers of dozens of other papers, and Bezos just bought a $23 million home in D.C. Why? He may be angling to get closer to the action on the future of journalism, and access to news via Amazon’s IoT operating system certainly must play into those plans.

Voice democratizes IoT and makes it immediately accessible without using any other interface. Whether the voice of the future will be Alexa is yet to be determined. The challenge with IoT currently is interchangeability. Each company has built their own “hub,” operating system and interface. Consumers are frustrated because it is not easy to connect them, and no one wants multiple “remotes.” If Alexa can connect across multiple IoT devices then it will remain a winner. The key to Alexa’s dominance is not just the power of voice interface. Echo does a lot of things besides turning on lights and thermostats. A huge value-add is playing millions of songs from Prime. But in many ways Alexa is “dumb” and only as good as the apps the user has downloaded. If Amazon can create an open platform for developers who create great apps, it has a major advantage. There is no question that consumers prefer voice at home and in their cars. Whether Alexa, Cortana or Google wins will ultimately be a battle of their ecosystems… Read more »
5
|
0
-   Share

With 800 to 1,100 devices and applications now using Alexa, this voice interface appears to be on the path of Excel, Microsoft Word and Adobe Photoshop as a dominant digital tool. Voice interface is a data collection device in the same way that keystrokes are today, allowing the advancement of suggestive selling in consumer-centrism. On the battlefields of technological application, relevance wins every time.

This is way more than an operating system, it is a platform. Just like Apple, Amazon did it right and it will help them maintain their lead. I have not even scratched the surface of what my new Echo is capable of in and of itself, let alone all of the other devices that Amazon has allowed Alexa to be included in.
Google and Microsoft will have their share, but I think that first-mover status in this case is a big advantage.

I have to admit, I’m stunned by the AI move Amazon made. It is so brilliant that I don’t think it has sunk in for most retailers or consultants. Amazon, a retailer, has just put 5 million devices inside people’s homes and it is not only helping them with their lives, it’s running those requests, purchases and purchase information right through Amazon IT. Wow. What has any other retailer done like that? — Ever?

Now it will become very difficult for Amazon’s major competitors to actually do just that — compete. Years from now, I believe we’ll look back at this move as a historic game changer, like department stores were in the early 20th century and even bigger than the advent of online shopping as this takes even that to a new level. Get ready, this is starting to look like Amazon’s century.

Lee, your comments made me think. I wonder if even Amazon had any inkling how strong Alexa and AI would become so quickly. There can’t be many people today who don’t know what Alexa is and how powerful AI can become.

The Echo is winning today in a fast-growing market. Amazon has done a great job of infusing Echo into the consumer market. They are even doing great things in business market. Yes, they are currently the big player, yet Google has the potential to be huge as well. Look at Apple and their iPhone. They were at the top, by far, until the competitor, Samsung (and other competitors) found their audiences — and Samsung will continue to grow their market. We can expect Google and other competitors in the IoT space to do the same, taking market share away from Echo.

First, I share Cathy’s concerns, but agree with Ben, that we are the exceptions (look at what people divulge on Facebook) and that few will be shocked. That said, the reassurance of having Alexa in a 3rd party device, does not mean the product is vetted and secure.

Amazon has a major advantage, not by being first mover (they are not), but by being first to capture significant market share and attention in such a short time. Their penetration has succeeded in convincing the press that “voice is the next interface” even though voice/NLU has been a viable option for years. In fact, for a long time on RetailWire I’ve been saying “tired old click and touch interfaces” will be superseded, so I appreciate Alexa helping to open some dated mindsets here.

Don’t dismiss the competition, there’s plenty of artificial assistants in the pipeline, that won’t be shilling for product sales and will offer other benefits.

Amazon certainly has the advantage of being first in market, providing a significant edge over the others at this point. Since everyone shops, the Amazon platform can have appeal to virtually everyone. But even today, the Echo does so much more and as IoT and AI continues to evolve, it will require Amazon to keep improving and advancing the offerings in the face of competition.

Growth of IoT will come from both new users on no current platform and from the major player(s), Amazon for sure. But as someone who uses the Amazon platform on a daily basis, I feel it is solid now and only going to get better.

Braintrust
"I can see many niche players in the IoT space in the future, but none that will be so embedded in the consumer psyche as Amazon."

"I disagree with Ross Rubin about Google gaining the advantage in the future. For one, Amazon continues to increase its dominance over Google..."

"This is way more than an operating system, it is a platform. Just like Apple, Amazon did it right..."