Will the “Made by Google” pop-up shops be followed by a retail chain? 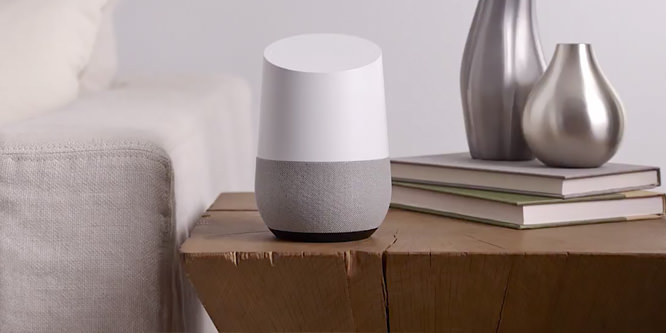 With the debut of a whole line of devices, including Pixel smartphones, the Google Home voice-activated speaker, the Daydream View VR headset, the Chromecast Ultra streaming TV device and Google Wifi, it just makes sense that Google would look for as many retail avenues as possible. So, it’s no surprise with the Christmas holiday selling season fast approaching that Google would open a pop-up shop in New York City. The question then becomes, will Google stop at pop-ups or go for something more permanent?

Google is opening a “Made by Google” temporary store on Oct. 20 at 96 Spring St. in Manhattan. Google, as noted in a previous RetailWire discussion article is investing to become a major player in hardware à la Apple and Amazon. In doing so, it seems logical Google would pursue shop-within-a-shop arrangements with other retailers. The brand could also open permanent stores.

Were it to open permanent stores, would Google follows Apple’s lead and try to create a retail mecca for consumers looking to bask in the Google experience? Or would Google follow Amazon’s lead opening smaller stores that feature its latest tech while also serving as a pickup and return location for Google Express orders?

Jan Dawson, chief analyst with Jackdaw Research, told USA Today that Google could build a network of stores if it is willing to make the investment in time as well as financial and human resources.

“Look at Apple — it launched its first stores 15 years ago, has been ramping up steadily since, and still has under 300 U.S. stores. Microsoft is an even more relevant and a more recent example,” he told USA Today. “If you’re willing to sacrifice some of the premium in the retail experience, you can roll out more quickly — Microsoft has around 100 U.S. stores.”

DISCUSSION QUESTIONS: What do you think is the most likely retail scenario for Google as the company pursues avenues for selling its devices? Do you think Google will move beyond pop-up shops to create its own permanent retail stores selling “Made by Google” products?

"A comparison to Apple is not fair because Apple has more products to offer (at least for now) than Google. Let’s wait and see."

"I can also see Google doing store-within-a-store tests with other retailers."

14 Comments on "Will the “Made by Google” pop-up shops be followed by a retail chain?"

Google clearly has the wherewithal to do whatever it likes, and opening brick-and-mortar stores isn’t a stretch in the least. However, given Google’s relatively limited product offering today, I can’t see this happening for years to come.

Apple had even fewer products when it launched its first store.

Pop-up shops are a great way for Google to get its products in consumers’ hands without taking on the expense and commitment of permanent retail locations. I hope that Google will try them beyond New York.

The idea of opening pop-up stores is to test the waters of brick-and-mortar retail as a pilot. Google can then determine if it needs to hone the model and how, or if retail is not for them. A comparison to Apple is not fair because Apple has more products to offer (at least for now) than Google. Let’s wait and see. It is an interesting development, however.

Google’s brick-and-mortar pop-ups will serve as testing centers to generate enthusiasm for their hardware products. It looks like the goal for the pop-ups is market infiltration and not generating sales. But if the stores are already being compared to Apple, Google is going to have to figure out staff training, return policies and in-store promotions/classes. All of which may be more than they bargained for.

Google has the resources to do just about anything but I believe Google would be best served by modelling their retail strategy after Apple. Open a select number of flagship store locations complemented by a store-within-a-store program partnering with various brick-and-mortar retailers (Best Buy, Target, Kroger (why not!, most everyone still gets their groceries in a store!)). Distributing self-contained merchandising fixtures that provide for a 100 percent consignment business model would dramatically open the distribution landscape. This hybrid approach will maximize the Google experience while optimizing their distribution and visibility.

Google should certainly continue to experiment with pop-up shops and hone the experience that helps conversion. I can also see Google doing store-within-a-store tests with other retailers. They’d be smart to test with “home”-oriented retailers like Lowe’s and even Restoration Hardware or IKEA.

As long as Google carries only a handful of products, opening a permanent store simply does not make sense. Maybe a pop-up or two during the holidays to let consumers see, touch and feel their products. Then perhaps a store-within-a-store concept would work.

I could even see them doing something fun like a Google truck that roams around to different locations.

Google is no longer a search engine. They are so much more.

There are Apple stores. There are Microsoft stores. Why not Google stores?

If you have a brand with the power of Google, you build on it wherever it takes you.

Never say never, but the prospect of permanent Google storefronts is not likely. That does not mean that Google does not have interest in selling their growing products aimed at consumers. With the nascent fight for the connected home, Google desires to be a leader in this space and will make sure its products are top of mind and get more than their fair share of wallet.

To do so, they don’t necessarily need permanent stores. Pop-up shops are short-lived, flexible, cost-efficient, and create both national and local awareness,

With experience increasingly defining retailing, Google will prioritize efforts on how their products perform and integrate to deliver on the user experience in an IoT world. They are much less likely to focus on “owning” the physical sell points.

I’m not sure what Google will do, but here is what I’d recommend:

Google has the money. Just about any venture it enters could lose vast amounts of money for years and still have almost no impact on its bottom line. But is there any advantage to be derived by Google to become a retailer over the long-term? Google can already directly touch most consumers to promote itself, its products, its ideas. It can conduct long-term research projects through any number of methods and ventures, including pop-up stores. As showcases, test labs, and PR devices some retail visibility makes sense. However, retail is hard and a long-term presence could have as much negative impact on its brand as positive. I don’t see a time when Google will want to be the anchor store at Westgate mall.

For complex products, shoppers still need to see and touch a product to have the confidence to buy. I would expect a Google everywhere, given the small footprint they currently need for their products. It’s logical to expect a “Google bay/table” in Best Buy, as well as some other flagship/brand stores.

I don’t see it until Google has enough merchandise and ecosystem to do an Apple-like flagship store, and only if it can figure out a store experience that would draw traffic. Apple Store set the bar for what a brand-specific specialty electronic store can do, and Google will need to find a niche to be successful in a brick and mortar permanent store. For right now, pop-up stores are the best way for Google to understand store experiences and take merchandising lessons.

"A comparison to Apple is not fair because Apple has more products to offer (at least for now) than Google. Let’s wait and see."

"I can also see Google doing store-within-a-store tests with other retailers."