Will the ‘SmartStockUp’ program drive replenishment sales for Boxed? 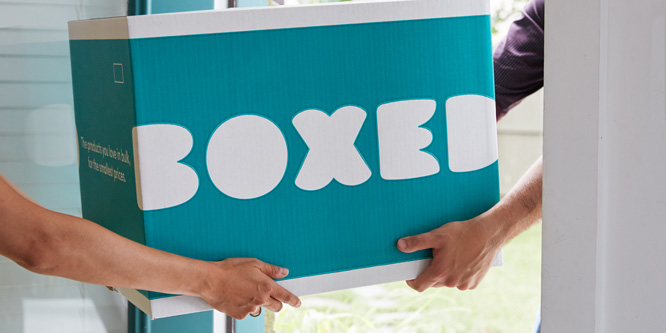 Consumers buy staple products in bulk to avoid running out, but it still invariably happens. E-tailer Boxed, whose business model is often said to resemble an e-commerce take on wholesale clubs like Costco, is trying a new method to remind customers to replenish.

Boxed has piloted a new program called SmartStockUp with about a quarter of its user base and is now expanding it to all its B2C customers, according to TechCrunch. SmartStockUp uses information it has about customer habits, such as purchase data, along with broader restocking trends to anticipate when customers will need to replenish a particular item. Boxed then displays a “Need this Now” or “Need this Soon” recommendation when the customer visits the website.

The restock shipments appear to come with added “discovery” items for users to try out, according to TechCrunch. The addition of these items may represent an attempt by Boxed to replace impulse purchases that are lost in the automation of the shopping process.

The sweet spot for replenishment for Boxed could very well be the SmartStockUp notifications, which makes sure that customers always know what they need, while giving them hands-on control over the process to avoid over-ordering.

The e-tailer is also taking further steps into automated replenishment with the test of a service called Boxed Concierge, which automatically ships products to the company’s B2B customers without asking for approval. Chieh Huang, Boxed co-founder and CEO, told CNBC that it has not seen business customers returning products even if they did not place an order. He foresees a day when artificial intelligence and machine learning will make it possible that individual consumers won’t need to press a button to get products restocked either.

DISCUSSION QUESTIONS: Will SmartStockUp result in greater sales for Boxed than when leaving it to customers to decide when to restock? What potential challenges do you see in trying to anticipate customers’ needs? Do you foresee a time when consumers will be shipped products without placing orders?

Please practice The RetailWire Golden Rule when submitting your comments.
Braintrust
"Give people what they need, before they know they need it. Smart move."

"There will be a market for it, no doubt. I think it will take a while before consumers are comfortable with the auto-replenish model, though."

"There are a couple of smart concepts here: adding new product samples to regular orders and extreme liberty-taking with the B2B audience..."

8 Comments on "Will the ‘SmartStockUp’ program drive replenishment sales for Boxed?"

SmartStockUp is on the front end of what Gartner has called “Thing Commerce.” It is an interesting twist on the Tide Dash button — to get resupplied right at the washing machine when you run out.

There will be a market for it, no doubt. I think it will take a while before consumers are comfortable with the auto-replenish model, though. Businesses will probably be the core of their business for the first few years, at least.

Artificial intelligence is the new rage in e-commerce. For me, I know when I need to buy something and would not want an android to tell me when I need a box of tissue or Oreos, but hey that’s me. Getting extra sales from us is the nature of all businesses. If that is what some folks want, fine, but others like me still want to be in charge of how and when we want to buy something. The next thing will probably be Blue Apron not only coming to deliver your box, but also coming into your house to cook and serve it to you for only $9.95, which seems likely to happen since some folks simply can not cook, which also helps me as well. Have a great weekend everyone.

The SmartStockUp program is smart and an excellent way to add sales. I like that it lets customers know what they need but still gives them control. Once the consumer allows a company to send them products the customer didn’t approve that can become a problem because, as with anything, it can very quickly get out of control. That’s where the business has to be careful. A customer could register with two or three e-tailers or retailers that are offering this service and, before they know it, they’re getting overwhelmed with refills of items they didn’t need. I suspect it would be the type of program that’s easy to start and may not be so easy to stop. All new ideas are great at first. Remember the first fax ad and the first telemarketer call? But soon all companies were doing it, and it got out of control. So Boxed should see great success with their SmartStockUp program and as they introduce more customers to their automatic replenishing program, make it simple for a consumer… Read more »
1
|
0
-   Share

Auto-replenishment is every retailer’s dream. It retains customers while driving sales. The better a retailer can anticipate a customer’s needs, the more likely a sale will occur.

The SmartStockUp program for Boxed is a smart strategy. The use of analytics and artificial intelligence to predict when consumers are close to running out of a consumable product is a valuable tool for both retailers and consumers. Busy consumers will value the reminders and convenience of reordering staple items.

However, shipping products that haven’t been ordered by the customer is tricky. If the consumer signs up for a reoccurring order then it makes sense. Otherwise, Boxed might be hit with a lot of returns which drives up operating costs.

Repeat purchasing: The Holy Grail for brands and retailers and one of the few ways to reliably increase customer lifetime value in a world of saturated online retail. All the retailers seem to be taking leaves from each others’ playbooks: Amazon’s Subscribe & Save program being one.

There are a couple of smart concepts here: adding new product samples to regular orders and extreme liberty-taking with the B2B audience — which seems to be paying off. Give people what they need, before they know they need it. Smart move.

SmartStockUp is a smart move by Boxed. Delivering an auto-replenishment service that is still ultimately under the customers control to approve every shipment is the right way to teach customers the benefit of such a service. Many consumers are likely quite leery of such services for fear of over-buying. This is a great way to compensate for that. Adding in additional items for discovery is also a wise approach to get customers hooked on new items and generating future orders.

This is a great way for Boxed to explore auto-replenishment without customers getting put-out by having things bought without their consent. Notifying customers about products that they may soon need to buy could drive more sales as it keeps them thinking about purchasing. I think there will be some very interesting insights to be gleaned from how often the items Boxed notifies customers about are reordered, and this will all feed into its AI and recommendations for the next time. There will be challenges in anticipating needs though as tastes and trends can change rapidly which means customers may order a certain cereal for a few weeks for example and then want to move to something else. These nuances, as well as diets, ethical decisions etc, will be where auto-replenishment may struggle – particularly if ordering things without customer input. No-one wants to pay for goods they don’t want.

Braintrust
"Give people what they need, before they know they need it. Smart move."

"There will be a market for it, no doubt. I think it will take a while before consumers are comfortable with the auto-replenish model, though."

"There are a couple of smart concepts here: adding new product samples to regular orders and extreme liberty-taking with the B2B audience..."