Ahold Delhaize is a done deal. What now? 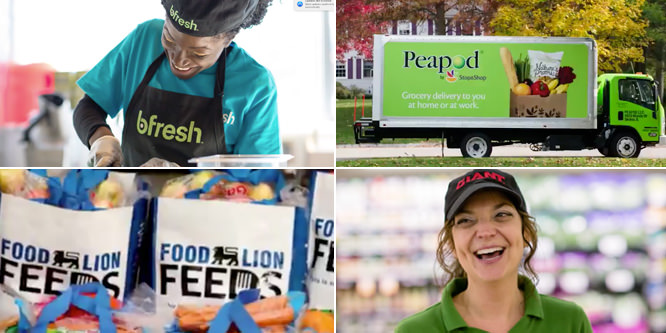 Ahold and Delhaize are now Ahold Delhaize. The merger of the two European-headquartered grocery chain operators, which was first announced in June 2015, is completed, and so begins the process of integration and finding a way forward.

In a statement yesterday, Ahold Delhaize CEO Dick Boer referred to the merger as “the start of an important new chapter and a unique opportunity to deliver even more for customers and communities, associates and shareholders.”

As with most mergers, management believes the company can achieve economies of scale in purchasing and can eliminate redundancy within the organization to cut its overhead. Ahold Delhaize’s U.S. businesses represent nearly two-thirds of its total sales and are critical to the future success of the organization.

Food Lion and other Ahold Delhaize banners are under increasing competitive stress as they operate in markets with newcomers that include Publix and Wegmans while attempting to fend off rivals ranging from Aldi to Walmart. Another newcomer, Lidl, plans to open stores along America’s East Coast in the future, no doubt putting Ahold Delhaize under more pressure.

DISCUSSION QUESTIONS: How do you think Ahold Delhaize will evaluate the success of its merger over the next three years considering the increasing competitive pressures faced by its chain stores? Where do you see the best opportunities for Ahold Delhaize to succeed?

Please practice The RetailWire Golden Rule when submitting your comments.
Braintrust
"How do you think Ahold Delhaize will evaluate the success of its merger over the next three years?"

3 Comments on "Ahold Delhaize is a done deal. What now?"

These are two mediocre grocers that merged to save themselves. They can’t grow by building new business so had no choice but to merge. Obviously there will be store closings and they have already unloaded several. In my opinion Food Lion is finished. Chains like Wegmans and Publix see Ahold Delhaize as being an ineffectual competitor. What really surprised me was the sale of stores to Publix in Richmond. Why would you want to give a superior competitor such easy access to one of your markets? I think Ahold Delhaize should have found a patsy like a Haggen-esque type grocer that would have a high probability of failure. We all have difference definitions of success and success in this situation would simply be the ability to survive until they find a another company to merge with such as Albertsons.

Don’t forget that Lidl knows their weaknesses well from their experience in Europe. I have to believe Lidl coming to America forced the two companies to combine.

A challenge is going to be managing the integration of systems, the supply chain, and cultures to ensure the identified synergies can be achieved. Sobeys of Canada can attest to the challenges associated with merging two grocery retailers. In the case of Sobeys, their acquisition of Safeway was an unmitigated disaster resulting in a loss of nearly $1B and the termination of the CEO of Sobeys. Another challenge is going to be branding. I find it interesting that when it comes to grocery retailers, consumers are very brand sensitive and loyal, especially in certain regions of the United States. With nearly 7,000 stores, 22 brands, and 50 million weekly customers served, a key area of focus should be on exploring how to building the brands within the portfolio. Finally, the big question for me is strategy: how will Ahold Delhaize compete against the increased presence of ALDI? What about Lidl? Will Ahold Delhaize attempt to introduce new food categories or products into the US and vice versa? What about new store formats? What about Omni-channel?… Read more »
1
|
0
-   Share

Braintrust
"How do you think Ahold Delhaize will evaluate the success of its merger over the next three years?"