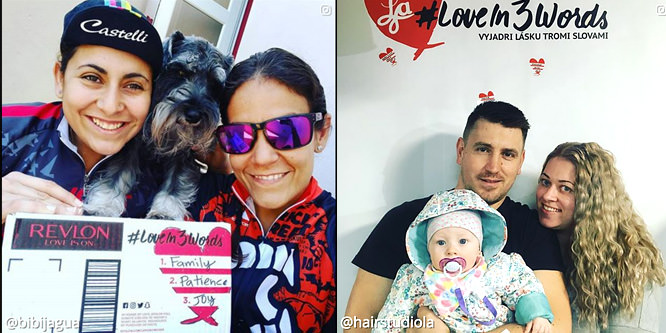 Revlon recently branded 10 million of Amazon.com’s shipping boxes as part of a campaign dubbed “the Love Project,” becoming the first-ever beauty company to do an Amazon “shipping-box takeover.”

Along with Revlon name, an image of a heart and the slogan, #LoveIn3Words, appeared on small boxes during February and March. The company used an accompanying social activation campaign to encourage consumers to join the Love Project movement by visiting theloveproject2017.com and creating their custom #Lovein3Words post for their social channels.

The Love Project, designed to reach socially-active Millennials, is an extension of Revlon’s “Love is On” campaign, which was launched in 2014 around the brand’s “belief in the power of love and the diversity of beauty.” The social activation campaign was supported by a television commercial that ran during the Academy Awards and a thirty-second video that ran on Lady Gaga’s social network. Revlon committed $1 million in charitable contributions as part of the effort.

Asked on his company’s fourth-quarter conference call how Revlon expects to define success specifically around the Amazon collaboration, Fabian Garcia, president and CEO, said, “If you think about these programs, there are several objects: obviously to enhance the brand equity, to learn a lot [about] how to partner with the best retailers online and, number three, to monetize the effort. So, we expect results, positive results, on the three fronts.”

Revlon’s partnership appears to be only the second time Amazon has allowed a third party to completely brand its delivery boxes. In 2015, in conjunction with the release of the Minions movie, Amazon shipped items in yellow boxes designed with images of characters from the film.

Amazon also offers a host of advertising options for sellers on its website, largely linked to better placement on product searches.

DISCUSSION QUESTIONS: Is there more of an upside or downside for Amazon.com allowing advertising on its delivery boxes? Should it be a rare or regular occurrence? Is it a “win-win” for brands and Amazon?

Please practice The RetailWire Golden Rule when submitting your comments.
Braintrust
"How long does it take to open a box? A lot longer than people view digital display ads on average. Yes, this could be big."

"Increasing the frequency will increase the noise which will decrease any value the real estate..."

"...things that don’t disappear in seconds — like shipping boxes — are a perfectly logical place to use for advertising."

Not only are they absolutely prime real estate but Amazon is also kind of doing it for themselves. The tape on the boxes I get says Amazon Echo! Imagine display ads on boxes that are context-sensitive to the contents. How long does it take to open a box? a lot longer than people view digital display ads on average. Yes, this could be big.

Advertising seems to be on everything these days, so why not Amazon boxes? Brands get prime real estate and exposure, while Amazon reaps profits. Seems like and win-win.

I’ve spent decades on the fence when it comes to this branding thing. Still there. Believing that what is put on a cardboard box will make a difference to sales and revenue requires a firm belief that some subconscious brand-tally is built up over time which suddenly makes the brain flip to “BUY!” Brand recognition, in my opinion, does not inevitably equal revenue. There are too many other factors in play.

I wish Amazon boxes came totally unmarked so I could reuse them for shipping my own stuff! Think of the trees we could save.

The space and the impressions by themselves are not valuable without a solid strategy and plan to use them in a way that creates value. I think Revlon did a great job with their campaign. Increasing the frequency will increase the noise which will decrease any value the real estate could contribute to a well-orchestrated campaign.

Brilliant idea on Amazon’s part. The boxes are plain and screaming for ad attention.
There is no downside for Amazon on this move. Currently that space is not being used effectively. This now lets Amazon monetize another avenue of their work. As to whether this advertising will be effective … that is yet to be seen.

The Minions boxes probably got a lot more attention than did the Revlon box. It was cute, kids loved it, etc. Its shelf life before hitting the recycle bin was probably a lot longer than the Revlon box.

I believe we are so inundated with ads that we are becoming blind to them. In this case I expect people are far more interested in what is in the box than what is on it.

You are so right Steve, good insight. Most advertising is just noise today and, like buying a house under a flight path, there comes a point when you just don’t hear it any more. We can’t look at or hear anything these days without this assault.

In my teaching, I forced my students to write about advertising topics. And over two decades, at least half were about advertising on “valuable real estate” like Amazon boxes. I read breathless hype about airplane seat backs, gas pumps, tunnel walls for subways — the list is massive.

Two decades chasing those opportunities teaches us that advertising everywhere primarily trains consumers to tune out messages. So if Amazon keeps these deals rare, then they can keep a freshness and still be worth it. But if Amazon does this regularly we will ignore the Amazon boxes as easily as we ignore the other advertising wallpaper in our lives.

Revlon has an opportunity here because the box is still a fresh idea (although the campaign description indicates a brand lost in the theory of purpose). That freshness will wear off and the Amazon box will no longer be valuable.

Props to you too Doug. See my comment to Steve above.

Currently the boxes are distinctly identified as being from Amazon so everyone seeing the box knows something is coming from Amazon. Allowing other brands to place messages there is certainly a way to raise revenue, but is it necessary at the risk of diluting Amazon’s brand message? If some retailers are allowed to occasionally place messages there it is an attention grabber, but what is too much? At what point does Amazon lose brand image?

Just because you can doesn’t mean you should … or if you feel compelled to, you shouldn’t be promiscuous about it. The occasional (non-Echo) messaging on an Amazon box makes a statement. Using those boxes as mini-billboards means they’ll get slightly less attention than traditional direct mail did. If I were Amazon I’d limit the usage, charge a fortune for it and donate the proceeds to charity. The last thing any shopper needs is more unwanted messaging inside or outside of the packages they receive.

The reality is that, with the massive impact of internet/social media, the number of places one can attempt to use to communicate are exploding. But things that don’t disappear in seconds — like shipping boxes — are a perfectly logical place to use for advertising. The problem here is what I call the “visual cacophony,” most prominently seen in stores with 40,000 different packages all shouting from the shelves, “Buy me!” Every package is a visual “voice” calling for attention. Using a shipping box for the same type of purpose makes some sense. But the problem is, what is the cost both in dollars to the advertiser and further advertising “noise” in the world of the shopper? It’s hard to tell, but this one (shipping boxes) seems like a fairly innocuous effort at least. I am reminded of John Wanamaker’s complaint that “Half of my advertising dollars are wasted; but I don’t know which half!” Here is the reality: There are literally trillions of dollars sloshing around the economic system — “free cash” in a… Read more »
1
|
0
-   Share

Why has it taken so long? It is happening almost everywhere else: stadium naming, branded shoes on athletes, NASCAR cars and drivers’ fire suits, golfers’ bags and shirts. So why not on an Amazon box that goes out to so many people daily? Max called it prime real estate. He is right. This could become almost as valuable and desired as advertising on the Super Bowl.

I can’t believe it took this long to determine that the side of an Amazon box is “prime” advertising opportunity. That said, the box should still be branded Amazon. People know the box — and sometimes are very excited to see a box with the Amazon logo on it. Yet, there is plenty of space on the box for another logo (or two) and some ad copy.

I guess it depends on the type of ads. Some kind of mass marketing where a company buys placement on ALL of Amazon’s packaging, vs. trying to target specific consumers (you know, that thing that is supposed to be one of the big advantages of the digital age). The former, obviously, would require deep pockets and a mass appeal, while the latter would complicate shipping a lot, I would think.

While this is all great opportunity, selling the space on the sides of Buses, bags, boxes etc. is old hat. What you have to watch out for is consumer burnout and too much trash. Not everyone wants to get a “NASCAR WRAPPED” box of goodies….

Yes, absolutely! Look no further than Amazon, which uses the sealing tape on the packaging to promote the Echo device! This is a great advertising opportunity for any brand, although from Amazon’s perspective, the choice of who to sell this to would be dictated by what that brand sells on the Amazon website. And too much of this would dilute the benefit and people would learn to ignore the advertising.

Braintrust
"How long does it take to open a box? A lot longer than people view digital display ads on average. Yes, this could be big."

"Increasing the frequency will increase the noise which will decrease any value the real estate..."

"...things that don’t disappear in seconds — like shipping boxes — are a perfectly logical place to use for advertising."