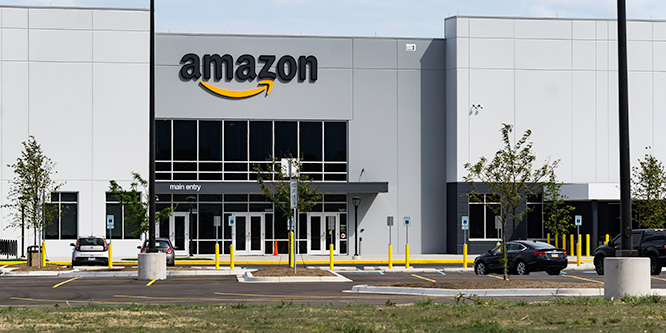 A recent look at Amazon.com’s partnering practices is making some say that the retail and technology juggernaut is asking too much of its suppliers and putting them in precarious positions.

Amazon has in at least a dozen cases established the right to purchase a partner company’s stock in the future at a price far below market value, according to The Wall Street Journal. The deals, called “warrants,” have been a part of Amazon’s contractual toolbelt for the past decade. It has established similar deals with 75 privately-held companies over that time span. The deals have made Amazon the top shareholder in some of those businesses.

The specifics of a contract with grocery distributor SpartanNash are detailed in a Bloomberg opinion article by finance writer Matt Levine. Amazon amended its grocery distribution contract with SpartanNash, which had been in place since 2016, to include warrants to purchase 15 percent of the wholesaler’s stock at a price potentially lower than market value. The new deal also included a requirement for notification in the case of SpartanNash receiving any takeover offers and a 10-day window for Amazon to make a counterbid. SpartanNash experienced a significant bump in its market value in the aftermath of the deal, despite initial hesitance from higher-ups over the terms.

In Mr. Levine’s assessment, it makes sense for Amazon to use such contracts to drive value and attention to partner businesses and then profit from that value, with partners standing to gain both business and visibility. He does note, however, that Amazon’s behavior is viewed as “grasping and excessive and monopolistic.”

Amazon has not restricted its warrant model to back-of-house partnerships — one of its biggest retail partnerships has such a stipulation in place.

In mid-2019, The Business of Fashion reported that Amazon’s investment arm received a warrant from Kohl’s, allowing the e-tail giant to purchase as many as 1.75 million shares of Kohl’s stock, a multi-year warrant that began vesting in January, 2020. This development was contemporaneous with the agreement between the two companies by which Kohl’s accepts Amazon returns at all of its locations.

DISCUSSION QUESTIONS: What do you think of Amazon’s practice of negotiating warrants in supplier contracts? Are other retailers engaging in similar practice and, if not, should they?

Please practice The RetailWire Golden Rule when submitting your comments.
Braintrust
"In some exceptional cases this type of practice could work. But in most cases this is a bullying tactic."

In some exceptional cases this type of practice could work.

But in most cases this is a bullying tactic.

Amazon is putting a lot of pressure on suppliers, strong-arming them and it’s setting the stage that it’s okay for retailers to bully suppliers into a corner. The buyer/supplier relationship should evolve into a partnership and this is an example of a retailer doing the exact opposite.

This practice is a reminder that Amazon doesn’t only act as a retailer, but also as an investment firm. If an investment firm engaged in this type of relationship, there would be questions, and likely consequences. It’s the discounted price of the stock that raises flags for me. Amazon knows that by establishing public relationships with brands their value will inevitably go up, so being able to then make an exclusively high margin off that value makes this whole system feel off.

These are contracts. There are two parties to contracts. Each enters the contract voluntarily based on their interests. There is no force and no compulsion. As for monopolistic, the use of this term has become laughable. There is nothing monopolistic about Amazon or these contracts. A monopoly has an exclusive purview over a given area of economic activity. Exclusive means to the exclusion of all others. That is not the case for Amazon in any field it operates in, whether across retail or technology!

I agree there are always two parties to a contract, but I don’t think vendors truly believe they have the ability to say no to Amazon if they want to stay in business. If they walk away from Amazon, then what are their other choices?

While suppliers and vendors do have the right to decline a warrant contract, the sheer size of the sales volume with Amazon or Walmart puts these vendors in a position where they can’t really decline, even if they want to. It is the quintessential “offer they can’t refuse.” What Amazon is doing is legal, and a not uncommon practice in business, but because of the lack of alternatives to these two massive retailers, it does result in a monopolistic situation.

Who in their right mind can support something like this? And please spare us the usual drivel that “you don’t have to enter into he contract if you don’t want to.” Would we have allowed a utility — say the phone or electric company — to say to a business “sure we can have a relationship but you have to give us part of your company”? Of course not. OK, but how ’bout something with a few more options, say an airline or trucking company … “we’ll give you great rates but you have to give us control of your operations”? Uh-uh: no competent person would say “yes” and the fact that someone is doing so suggests to me “prima facie” evidence of monopoly power.

From the company’s perspective, they are clearly being bullied into something that is likely I their best interest: not only will the stock bump, Amazon will be more likely to keep them as a vendor – reducing an enormous source of uncertainty, especially as Amazon is now running Vendor Central by AI as much as possible.

More broadly, however, this is just more of the same: the Amazon Behemoth maximally exploiting the existing rules to its own benefit, using its weight to get what it wants. Even though I believe this is perfectly legal (I am not a lawyer!), it shows just how Amazon sees the world: as the lion in a savanna full of prey.

Amazon is the biggest, smartest, and most ruthless predator we have – and one that in this case (as in many others) delivers important benefits to its prey as it feasts.

Braintrust
"In some exceptional cases this type of practice could work. But in most cases this is a bullying tactic."