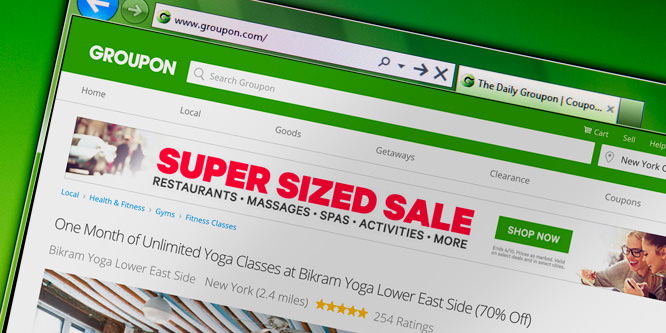 Presented here for discussion is a synopsis of a current article published with permission from Knowledge@Wharton, the online research and business analysis journal of the Wharton School of the University of Pennsylvania.

Groupon skeptics have never been in short supply. Critics predicted it was only a matter of time before it would all collapse. With Groupon recently acquiring LivingSocial, once valued at $6 billion, for $0 and its own struggles, that time appears to be now.

“For some retailers, it did work because it allowed them to sell some of their soon-to-be-perishable inventory and for some there was always the hope they would get some people who would be non-users to suddenly try a product or service and then become regular users at full fare,” says Wharton marketing professor David Reibstein. “To the degree any of that happened, it worked for them, but I am skeptical about whether it happened very much because often the people who were attracted were the deal-prone customers, and they are not soon to become loyal customers.”

One approach for Groupon, says Eric Clemons, Wharton professor of operations, information and decisions, would be to refocus the model entirely away from its pursuit of mass market — or indiscriminate growth — and instead encourage trial by influentials. He said, “It’s a much smaller business, and it doesn’t pretend to be a form of group buying, but is a form of advertising in which we give attention to influentials. … This would offer great value to sellers, especially those in growth markets.”

The path to a successful business model, says Prof. Reibstein, lies in using data to differentiate between customers who are price-sensitive and those who are not so businesses are not forgoing revenue from customers who would just as willingly pay full fare.

Part of the problem with Groupon, however, is not knowing if you’re “cannibalizing your existing customers” or giving a discount to customers who would have bought from the business anyway,” said Prof. Clemons. Also, there’s no guarantee new customers would ever come back without a discount.

Moreover, intermediaries such as UberEats or OpenTable have better data to avoid promoting deals to existing customers. Prof. Clemons said, “If Groupon does not improve its business model quickly, it may soon become obsolete.”

DISCUSSION QUESTIONS: Do you see a way for Groupon to reposition its business model for sustainable growth? Will a more targeted versus volume-driven approach work better?

Please practice The RetailWire Golden Rule when submitting your comments.
Braintrust
"At this point, there is likely nothing Groupon can do to win its way back into the hearts of consumers and gain back the trust of businesses."

"From where I sit, it’s difficult to imagine the constant creation and sustainability of “deal excitement” day in and day out for months and years..."

"Carpet-bombing discount offers which do not serve all parties has no long-term value. "

Groupon’s days were probably numbered when it turned down the inexplicably generous $5 billion offer from Google. It now has almost unlimited competition, including from most metropolitan newspapers. Groupon should partner with an analytics giant to hone its algorithms and produce a more predictable outcome for clients … but it might be too late already.

More customers good, eroding margins bad. Carpet-bombing discount offers which do not serve all parties has no long-term value. Applying metrics that can produce mutually-beneficial outcomes is sustainable. Actions that do not serve all interests are short-lived.

There are two key problems. First and foremost, the novelty has worn off. Both Gilt and Groupon should have shifted to more traditional models over time. In Gilt’s case, that would have been traditional e-commerce. In Groupon’s case, that would have been a marketplace for activities and experiences rather than encouraging deal driven, one-time, non-repeat purchasing. At this point, there is likely nothing Groupon can do to win its way back into the hearts of consumers and gain back the trust of businesses.

Correction — the world was THRILLED with Groupon. I was the lone wolf saying how it was a very bad deal for retailers and wrote this post: Groupon Review: Worst Marketing For Your Local Business- Case Study.

There is no way this is profitable for anyone but Groupon. It degrades a retailer’s USP and attracts bottom-feeders who will only shop when there’s another deal.

It would be best for all at Groupon to go on strike. Do a walk-out and just leave. The last one should turn out the lights. Go out with some dignity vs. trying new marketing spins. DOA.

Groupon’s days are numbered. The novelty has worn off for consumers and retailers have hopefully woken up to the notion that this only brought them discount exclusive customers who had no intention of becoming loyal once the discounts stopped. The only salvation for Groupon is to suddenly become a treasure trove of analytics around their customers and package that in some way retailers can use in their own targeted marketing efforts. Not an easy transformation and likely not within their current wheelhouse.

Excitement of the deal is at the heart of the Groupon model and the value the company provides to consumers. Other BrainTrust colleagues have weighed in on how this devalues the retail/hospitality brands that “partner” with Groupon.

From where I sit, it’s difficult to imagine the constant creation and sustainability of “deal excitement” day in and day out for months and years to come. What was fresh yesterday is stale today and loathed tomorrow. The primary avenue for growth is bringing the concept to more countries.

One caveat though; Groupon understands that consumers seek experiences and after acquiring LivingSocial, their inventory of deals seems to have more of these types of offers. If the company can move from mass to personalized offers and reposition itself in the mind of consumers, they may be able to survive longer than experts are forecasting.

For anyone who had basic experience with “direct marketing,” it was hard to see what was particularly unique about Groupon or similar sites. In DM, such as with subscription marketing, you don’t make money on a customer until they renew, and even then it might be only after a couple years of renewals. At a minimum, every new subscriber acquired by “direct mail acquisition” was a loss their first year. In terms of digital coupons, it was similar. Retailers weren’t buying sales, they were buying “first year losses.” Retailers needed to have a strategy for “conversion” of buyers to regular customers, and as others have said, buyers in search of great deals weren’t predisposed to become customers anyway. It wasn’t a very good business model and clearly a lot of people, because it was digital, seemed to believe that somehow the digital platform superseded basic tenets of direct marketing (if they even knew that there was such a segment within the field of marketing). For me, it was much like the “Entertainment Passbook.” And most… Read more »
2
|
0
-   Share

Never been a Groupon fan because as a consumer, the restrictions on redemption of the deals is a turnoff and for retailers other than quick selling perishables, it doesn’t drive new customers that buy during non discounted periods. Retailers are also better now at building their own social media following, and social media companies are now in the act. I don’t see a long-term differentiation going forward

Groupon is no longer “Magic”! Simply a technological commodity.

Braintrust
"At this point, there is likely nothing Groupon can do to win its way back into the hearts of consumers and gain back the trust of businesses."

"From where I sit, it’s difficult to imagine the constant creation and sustainability of “deal excitement” day in and day out for months and years..."

"Carpet-bombing discount offers which do not serve all parties has no long-term value. "