Are Millennials the reason that inflation is so high? 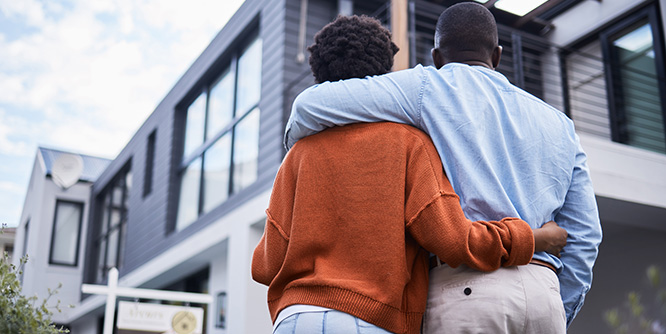 The movement of the massive Millennial generation into peak spending patterns is playing a major role in driving inflation, at least according to one investor.

“What everyone is not including in the conversation is what really causes inflation, which is too many people with too much money chasing too few goods,” Bill Smead, chief investment officer at Smead Capital Management, told CNBC last Thursday.

He said the last time the U.S. experienced such “wolverine inflation” was in the early seventies when 75 million boomers replaced 44 million silent generation members.

Now, a similar pattern is happening as an estimated 90 million Millennials replace 65 million Gen-Xers in the key 25 – 45-year-old age bracket. He said many Millennials postponed buying homes, cars and other life-stage items about seven years later than most generations.

Mr. Smead told CNBC, “In the past two years, they’ve all entered the party together, and this is just the beginning of a 10-to-12-year time period where there’s about 50 percent more people that are wanting these things than there were in the prior group. So the Fed can tighten credit, but it won’t reduce the number of people wanting these necessities in comparison to the prior group.”

In a blog entry for Advisor Perspectives, Mr. Smead pointed to other similarities to the seventies, including high federal spending to support the Vietnam War and sixties’ social programs, as well as skyrocketing energy prices tied to an oil embargo.

Among the factors taking the blame for the current spike in inflation is record stimulus spending as well as high energy prices due to Russia’s invasion of Ukraine which worsened a supply/demand imbalance caused by the pandemic.

Another factor cited for the current inflation woes includes general supply/demand imbalances as consumers look to spend their savings from the first year of the pandemic but find shortages in cars and other items due to supply chain disruptions, including recent lockdowns in China. Rising commodity and labor prices, as well as low interest rates amid the pandemic, are also often cited. More controversially, some blame profiteering as prices are marked higher than cost increases.

DISCUSSION QUESTIONS: Do you agree that the timing of Millennials reaching their prime spending years is a major factor causing inflation to spike? What do you think are the primary factors driving inflationary pressures?

Please practice The RetailWire Golden Rule when submitting your comments.
Braintrust
"Put this in the non-story category with the Retail Apocalypse. You can't blame one segment of a population for global economic conditions."

"Can we package what Mr. Smead is smoking?"

"Inflation is primarily a monetary phenomenon. It is not caused by generational shifts."

14 Comments on "Are Millennials the reason that inflation is so high?"

Hard disagree, for a number of reasons. First, inflation is a recent phenomenon; Millennials becoming serious consumers is not – it’s a years old trend. Second, if the Millennials are a larger cohort to consume, they are also a larger cohort to produce – so demand and supply should remain reasonably balanced. Third, Millennials entering phases of serious consumption should coincide with older generations entering a more moderate consumption phase, so again there is some natural balance in the system. The truth is that inflation is caused by too much demand in the system – however that demand has been stimulated by the Federal Reserve printing money for too many years and holding interest rates too low for too long. Inflation is primarily a monetary phenomenon. It is not caused by generational shifts.

Look, there are lots of things that can rightly be blamed on Millennials – man buns, vocal fry and keto diets among them – but blaming them for inflation is a non-starter for me. The interconnected and global economy is facing a confluence of historic challenges that have led to this inflationary period. Let’s see where we are when challenges related to energy, the war in Ukraine, the disrupted supply chain, the ongoing pandemic and labor shortages improve before we start looking to once again assign blame to younger people.

Wow, put this in the non-story category with the Retail Apocalypse. You can’t blame one segment of a population for global economic conditions. Demand and supply are out of balance globally at the moment, due to a number of issues like um — a war in Europe, or price gouging by suppliers. There’s a lot of issues in play here. To claim it’s the Millennials’ fault — well, I do like to find reasons to fault them, but this isn’t one of them.

In agreement with Neil, I second the hard disagree. Millennials are not to blame. Policy and a confluence of other factors are, with heavy emphasis on the enormous infusion of money printing coupled with a Fed who was out of touch with the realities of supply and demand. Further, high energy prices are not due to Russia’s invasion of Ukraine. Gas and oil prices had already rocketed well before the invasion, primarily due to no-drill, no-lease, high regulatory hurdle policy. Assigning blame to any single generation is almost laughable.

As a Gen X representative, I could not disagree more with this. The “blaming the Millennials” narrative is a tired and blanketed statement that is simply untrue. The blog entry in question is another clickbait approach to holding Millennial spending habits responsible for the horrendous inflationary period rather than supply chain disruptions and global uncertainty. While the Millennials are approaching their prime spending years, it’s a pathetic generalization to hold that generation accountable for forces utterly unrelated to how they live their lives.

We are experiencing unprecedented challenges with the global demand and supply chain balance. The disruptions include a significant post-COVID-19 economic spillover, a tragic ongoing war in Ukraine, and inflation fueled by interest rates being too low and far too much money circulating, diminishing how far our dollars go. It’s only a matter of time before the narrative shifts from blaming the Millennials for everything to blaming Gen Z, who is next on the clickbait list.

This is an absurd premise for anyone who has studied economics. The U.S. has been printing money for more than a decade and it’s basic math that when the money supply is growing faster than real output (GDP) there will be inflation. While there might be a minor effect of Millennials impacting velocity, this premise should be filed under “factors contributing to the ignorance of the country.”

Simple, and to the point, Phil. Your comment is perfect for prime time if this topic makes it to the greater airwaves.

Too much avocado toast? Too many lattes? I don’t buy it.

COVID-19, followed by supply chain disruptions, and spiked by overly aggressive fiscal and monetary policy over the past two years — these are the underlying causes of inflation. The Millennial generation can’t be blamed by itself, any more than the pent-up demand driving higher prices is solely the “fault” of one age group. Sorry, but this theory doesn’t stand up to serious scrutiny.

Can we package what Mr. Smead is smoking? Millennials are clearly not the primary driver of global inflation. They are of course totally responsible for quinoa Oreos!

We can blame the Millennials for a lot but I do not see that given all the external factors at play they can be responsible for the very high inflation right now. The argument is sound that as the Boomers caused inflation the Millennials will have an impact, but let’s not lay the blame for the current situation at their door!

Millennials being responsible for inflation is an interesting theory – not one I had heard before. The three biggest drivers of inflation are:

What utter rubbish: the cohort isn’t particularly large (in comparison to the population) and — obviously — they didn’t “all enter the party together.” So other than being overly simplistic and just plain wrong on the facts … IOW, it’s the perfect “news” story. If one wants a simple explanation, go with the obvious one: we’re still adjusting to much of the world having shut down for a year-and-a-half.

Braintrust
"Put this in the non-story category with the Retail Apocalypse. You can't blame one segment of a population for global economic conditions."

"Can we package what Mr. Smead is smoking?"

"Inflation is primarily a monetary phenomenon. It is not caused by generational shifts."