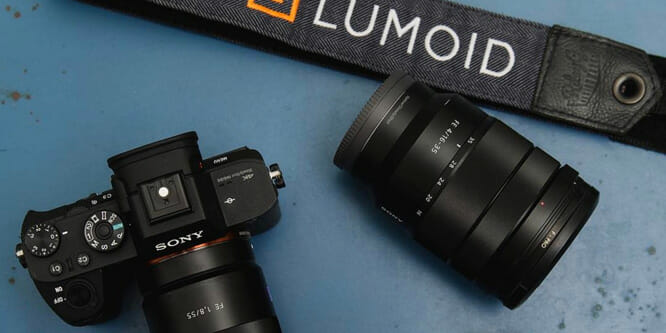 In areas of retail like high-end apparel, the option to rent instead of buy is becoming increasingly popular. But whether renting will work in the gadget space remains up in the air now that erstwhile Best Buy rental partner Lumoid has closed its doors.

Lumoid, a startup which only six months ago inked a deal with Best Buy to offer electronics rentals, including professional cameras and fitness trackers, has gone out of business according to the Minneapolis/St. Paul Business Journal. Lumoid planned to allow customers to rent Best Buy’s gear. Customers deciding to buy products after the rental period were to receive a discount.

Lumoid appears to have been operating with some success prior to the Best Buy deal, according to statements made by CEO Aarthy Ramamurthy to TechCrunch. Mr. Ramamurthy referenced Lumoid having shipped “hundreds of thousands of Lumoid gear.” Lumoid’s inability to raise enough funds to fulfil the relationship with Best Buy appears to have played a role in ending the company.

Given that it was internal financial issues that led to Lumoid’s collapse, the third-party platform’s failure doesn’t necessarily rule out the possibility of rental working for consumer electronics, and such rentals aren’t entirely unprecedented.

For instance, it wasn’t uncommon during the video game console boom in the late-’80s to find stores that would rent out consoles alongside games themselves. However, a search of gaming-related forums indicates the model to be almost unheard of today.

And the way we use gadgets could make some of them unlikely candidates for rental. For instance, it may not make sense to rent a new smartphone, given that much of the value we get out such devices comes only after loading our personal information, perhaps complicating the arrangement when the item needs to be returned.

For fitness trackers might be a better bet for the rental model, but such devices aren’t selling like they once were, with FitBit sales down 22 percent last quarter according to Wired.

DISCUSSION QUESTIONS: How likely is it that big chains like Best Buy will offer the opportunity to rent gadgets for test runs before purchase? Can you think of tech gadgets that would more likely lend themselves to being rented?

Please practice The RetailWire Golden Rule when submitting your comments.
Braintrust
"The idea of renting and returning these types of products feels counter-intuitive. "

"Customization is what turns a gadget into my gadget."

"Many “gadgets” are fun and exciting during the honeymoon period, then usage wanes."

This looks good on paper, but I’m not convinced that the concept has legs. While recurring and incremental rental revenue has some appeal, rentals also cannibalize outright purchases which is not ideal for retailers like Best Buy. Also, like with game consoles and mobile phones, there is a high desire to own vs. rent. While this concept may be worth testing further despite the Lumoid failure, I’m skeptical that there’s a significant market for this.

I can’t think of a single gadget that seems like the right fit for rental. None. I think it is an added complexity in a disposable culture.

What do you own that you think you would be better off renting instead of buying? Cars? Maybe. But gadgets and electronics? We are way past that stage.

Increasingly gadgets are becoming more connected and personal. So the idea of renting and returning these types of products feels counter-intuitive. I think until clearer ways or norms are established around how the captured data is stored (in the cloud I presume) separate from the device, people may be suspicious that their data and identities could be stolen. After all, how many people do you see using internet cafes nowadays?

My answer — small to none. As the article pointed out, the real value to the renter/owner for most gadgets is not the base item but how it is customized to meet the user’s needs. How many people are going to go through all the trials and tribulations of customizing their gadget knowing that they have a short-term relationship?

The customization is what turns a gadget into my gadget.

Rental models work best with merchandise types that can be used by the customer “as is” without much customization or personalization. Otherwise, the usage of the item becomes quite complex if the item isn’t ultimately purchased by the customer. This makes it difficult to make electronic gadgets a viable product category for rental programs. Consumers really just want to own these devices and make as much personalized use out of them as they can and that seems counter-intuitive to a rental model. Let’s see if Best Buy looks for a way to continue this program versus just drop it completely.

Many “gadgets” are fun and exciting during the honeymoon period, then usage wanes. I’d be hesitant to rent these devices for test runs during the excitement period only to have them returned once the shine wears off.

Lumoid should have focused on TESTING, not renting. With the cost of tech these days, the buying pattern has become pretty mundane (read a review on Cnet/Consumer Reports, cross your fingers and pull out the credit card). If shoppers had the opportunity to test out TVs/sound bars/smart appliances it would toss a wrench in the current path to purchase and offer a new alternative when buying $$$ products.

Tom D. hit the nail on the head: when it comes to electronics, there’s not a lot of things I can think of that I would rather rent than buy when it comes to price; things I would like to rent don’t offer enough margin (extra game controller for the holiday). The only items I’ve rented in the past are camera lenses as they are expensive, custom, and scarcely used….

So wait, we’re evaluating an off-the wall idea whose Beta has just gone out-of-business? Uhmm … (and I wouldn’t put much faith in the prior “appearance” of success).

I just don’t see this: most consumer electronics aren’t that expensive, and if you want a camera or whatever, it’s probably something you’ll use over and over again, so buying makes sense … it’s not like a carpet steamer.

Braintrust
"The idea of renting and returning these types of products feels counter-intuitive. "

"Customization is what turns a gadget into my gadget."

"Many “gadgets” are fun and exciting during the honeymoon period, then usage wanes."