Burger King goes all crypto with its own currency 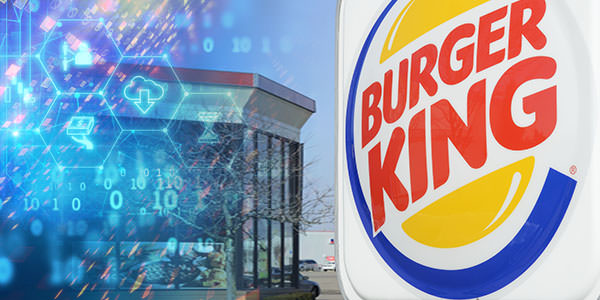 Virtual currencies have been big news for years in the tech world. Now, the Russian wing of one of the world’s biggest fast food chains is trying to cash in on the virtual currency trend – by debuting its own cryptocurrency backed by the Whopper.

Russian Burger King’s virtual currency is called the WhopperCoin, according to The Verge. Customers who purchase food at Burger King earn one WhopperCoin in their digital wallet for every ruble they spend. A Whopper can be redeemed for 1,700 WhopperCoins. The currency can be traded and transferred online using the Waves blockchain platform.

Since the currency can only be spent at Burger King for food items, the WhopperCoin promotion looks more like a gamified loyalty program than real money. There have been one billion coins issued, however, and the opportunity to trade and have WhopperCoins appreciate in value appears to be real.

How long WhopperCoin will stay in circulation remains to be seen, but according to The Verge, Russian Burger King plans to launch an app for the currency this month. Whether it will encourage currency speculators to buy Whoppers is a different question.

But the real story when it comes to Burger King’s foray into cryptocurrency isn’t about the value of money, but the value of the public relations associated with it. Had Burger King merely launched a points program, it’s hard to imagine it garnering the kind of viral coverage that has come with the WhopperCoin announcement.

And the over-the-top tone of the announcement seems on-point considering other cryptocurrencies that have launched based around memes and inside jokes. The satirical Dogecoin, for instance, now has a market cap of $232 million, according to a list of ridiculous cryptocurrencies published on Benzinga.

As cryptocurriences have grown more popular, they’ve also grown controversial. The opportunity to invest and trade in them has opened up a new world of Ponzi schemes, according to an article in The Atlantic. Conceptual complexity, wholesale lack of regulation and the promise of making it big on speculation has created an easy space for scammers to defraud investors.

DISCUSSION QUESTIONS: Is there unique promotional value in positioning a loyalty points program as a cryptocurrency? Is this a tack other retailers and QSRs should consider? Are there any downsides to Burger King (in Russia or elsewhere) pursuing such a strategy?

Please practice The RetailWire Golden Rule when submitting your comments.
Braintrust
"This is a glorified loyalty program with points you can transfer to others, just as you can do with many airline or hotel schemes."

"...each local market/franchisee will be able to evaluate if this is a PR Play, Loyalty Program or a good business decision."

"I don’t see how this is going to do anything to further the cause for cryptocurrencies in general or for this variation of a loyalty program."

This is a glorified loyalty program with points you can transfer to others, just as you can do with many airline or hotel schemes.

It isn’t a proper cryptocurrency because Burger King controls the system: it can change the rate of exchange, flood the market with more “currency,” and even shut the entire system down rendering the WhopperCoin worthless. That breaks a host of fundamental cryptocurrency principles.

That said, if it creates interest and excitement among consumers it may be worthwhile. And of course, Burger King has generated a stack of global free publicity from the move!

It’s an interesting use of crytpocurrency by Burger King, but, as long as they keep it a closed system, I don’t see how this is going to do anything to further the cause for cryptocurrencies in general or for this variation of a loyalty program. It’s innovative in its concept, and certainly draws attention to the brand, but its real value will depend on how consumers use it. If all consumers do is redeem WhopperCoins for free burgers, then this won’t be very interesting in the long term.

Retailers will 100 percent have to embrace the concept of blockchain/cryptocurrecies but not in the method Burger King Russia rolled out. I would recommend anyone interested in this topic read the white paper “Making blockchain real for customer loyalty rewards programs” by the Deloitte Center for Financial Services. The current model of cryptocurrency is considered “good money” where the currency is so good, people want to hold onto and speculate on the value and raise the currency value. This creates hoarding and no transactional activity. The ideal model of cryptocurrency should be “bad money” where people want to quickly transfer the money for immediate value to create economic activity. UBS and other banks are working on a “settlement coin” based on the U.S. dollar that operates as “smart money” to track the movement. For retailers, this is game-changing where retailers can view how their cryptocurrency travels through a value chain, where a customer obtained coins at loyalty points, where they spent it and how long it took for the transfer to occur. Retailers will be… Read more »
1
|
0
-   Share

What a fun way to generate interest, and (at the same time) what a great way to ignore crucial issues like food quality, pricing … everything that makes a business successful. So yes, the downside is BK is spending time on gimmicks and it’s diverting attention from core issues.

Interesting that the beta case is in Russia … each local market / franchisee will be able to evaluate if this is a PR Play, Loyalty Program or a good business decision.

BK is already a winner there by getting tons of free PR which would not be a case with just launching a loyalty program. Cryptocurrency is a hot topic now, so they piggybacked onto this trend.

Since they control the blockchain, the expense side should not be huge — I assume there will be no miners they need to pay, and will use a Proof of Authority approach, so the cost will be probably comparable with more conventional loyalty program. So why not give it a try and see how it works?

I am not sure that others who’ll try to replicate that receive the same share of free PR, though.

Braintrust
"This is a glorified loyalty program with points you can transfer to others, just as you can do with many airline or hotel schemes."

"...each local market/franchisee will be able to evaluate if this is a PR Play, Loyalty Program or a good business decision."

"I don’t see how this is going to do anything to further the cause for cryptocurrencies in general or for this variation of a loyalty program."