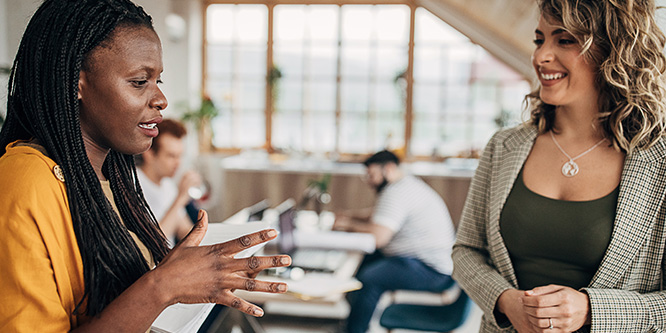 A university study shows that when women express calm, happy emotions, they are perceived as more effective leaders than men. The effect is most pronounced for leaders in top positions in an organization.

The findings work against stereotypes that erroneously claim that women are “too emotional” for effective leadership.

The researchers at the University of California – Riverside and Drexel University claim to be the first to examine prototypes, or schemas, for the types of emotions displayed by leaders.

Respondents were asked to describe what types of emotions leaders feel and express. Six emotional schemas associated with leadership were revealed:

UC Riverside psychology professor Thomas Sy said in a statement, “We usually have little contact with leaders at the highest levels and less information about them. Therefore we tend to rely on schemas. Schemas are powerful. Even in the absence of data they shape our behavior.”

Many articles in recent years promoted the increased importance of emotional intelligence, or understanding and managing emotions, to handle interpersonal relationships judiciously and empathetically.

An article published in the Harvard Business Review, “7 Leadership Lessons Men Can Learn from Women,” enumerates a list of traits that the authors, Tomas Chamorro-Premuzic and Cindy Gallop, believe belong to a definitively “feminine” style of leadership including connecting emotionally with employees.

The authors wrote, “While AI will hijack the technical and hard-skill elements of leadership, so long as we have humans at work, they will crave the validation, appreciation, and empathy that only humans — not machines — can provide. Men can learn a lot about how to do this effectively by watching and emulating women.”

DISCUSSION QUESTIONS: Do women leaders have an advantage in connecting emotionally with employees or does that conclusion misjudge men? Generally, would you encourage leaders to exhibit or conceal their emotions?

Please practice The RetailWire Golden Rule when submitting your comments.
Braintrust
"All leaders should be authentic and show empathy and understanding towards their teams, regardless of gender."

"I think women are stronger leaders for steering companies through growth."

All leaders should be authentic and show empathy and understanding towards their teams, regardless of gender. I have worked with both men and women leaders and if they don’t possess empathy, they have been the worst leaders I have ever worked with.

Yes, there are studies that show that women are better leaders because they may have a higher EQ than men but not all women are the same.

At the end of the day, we are all human and should be treated as such.

Spot on.
Thank you.

This is going to sound really biased but, YES. Working for a specialty retailer here in Columbus, Ohio with mostly female leadership including a key mentor in my life who was female was hands down the best career experience I could ever have asked for. And there are a lot more reasons for that than just emotions. A LOT more.

I think women are stronger leaders for steering companies through growth. They are more intuitive and tuned in to the emotional state of the company’s employees, which helps them understand where to focus attention and stewardship to implement new or unfamiliar change and growth strategies.

Errr, yes. There are exceptions, but as a general rule, yes.

Braintrust
"All leaders should be authentic and show empathy and understanding towards their teams, regardless of gender."

"I think women are stronger leaders for steering companies through growth."