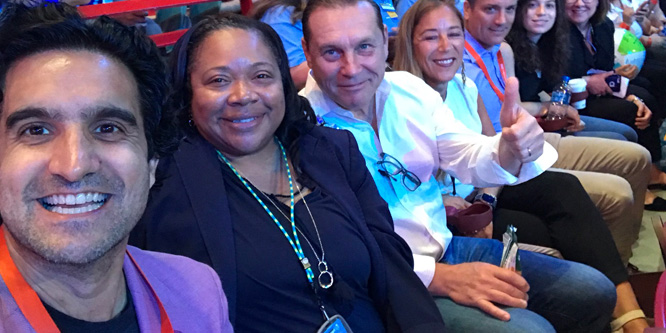 In his book, “Burn Rate: Launching a Startup and Losing My Mind,” Bonobos co-founder and former CEO Andy Dunn opens up about his bipolar disorder diagnosis, exploring the inherent challenges as well as how it fueled his entrepreneurial spirit.

On the positive side, Mr. Dunn writes in the book that his “controlled hypomania” helped him work long days and generate “kinetic positive energy” to inspire his staff, recruits and innovation. He writes, “Everything is clicking, everything is making sense, life has purpose. Colors seem brighter; gratitude flows. This is the zone where creativity and productivity flourish.”

Mr. Dunn hit a low point about a year before Bonobos’ 2017 sale to Walmart when he spent a week in a psychiatric ward and faced assault charges for hitting his future wife and kicking her mother.

The book brings up the fate of Tony Hsieh, who died a few months after stepping down as Zappos’ CEO from injuries in a house fire following a drug spiral.

Mr. Dunn told CNBC, “He was a hero to me. And then, obviously, he had been privately suffering. I think that’s a part of the typical entrepreneur archetype, someone who’s got that — a brilliant, charismatic spirit. And it’s expected, right? You got to show up with that every day, and that’s inhuman to expect out of anyone.”

There has been a broad push for decades to destigmatize mental illness and Mr. Dunn is seeking to elevate the discussion in business circles. He writes in the book, “Let’s not celebrate ‘crazy,’ and let’s not stigmatize it, either. Let’s just deal with mental illness — openly, transparently, medically, chemically, in the mirror and in living rooms and conference rooms, boardrooms and family rooms and bedrooms and, yes, rooms with trained therapists and psychiatrists — and let’s, for everyone’s sake, stop pretending that it’s not here.”

DISCUSSION QUESTIONS: Does it make sense that the same traits that make someone well-suited to entrepreneurship make that person vulnerable to mental health crises? What advice would you have for entrepreneurs struggling to cope with the ups and downs of a retail start-up?

Please practice The RetailWire Golden Rule when submitting your comments.
Braintrust
"Whether entrepreneur or corporate worker, the struggle is real and real help isn’t as available as it should be."

"I’m all for harnessing your strengths for career success, but this is a bit too much of a leap."

"Without pretending to be an expert, I think it’s a bridge too far to draw an explicit connection between entrepreneurial skill and mental health challenges."

13 Comments on "Do mental illness and retail entrepreneurship go hand-in-hand?"

In my opinion — I don’t know, this may be a stretch.

Yes, you need a sense of adventure and have to be willing to take big risks in being an entrepreneur, but I don’t think it means that they necessarily have mental health issues. I also think the added stress can amplify those issues.

Agreed Richard – it seems logical that the stress of starting up a business, the weight of feeling responsible for a vision and the livelihoods of others, not to mention the access to perhaps less than ideal habits that it might provide are, if not more responsible, an inherent correlation.

Yes to this. Have worked closely alongside or watched many entrepreneurs. Haven’t seen too many issues of mental illness. But the stress and other life trade-offs are very real.

Sadly, many people suffer from mental health issues for a whole variety of reasons. The pressure and stress of being an entrepreneur probably make crises more likely. There is no one-size-fits-all or simple solution, however I would say balance and support are both key. Balance in the sense that work is not the be-all-end-all and should not be all consuming. Support in the sense that having a good network of reliable family and friends is vital.

It’s a slippery slope when we start to ascribe mental health issues to entrepreneurship and the value creation process. As my sociology professor once told me, when explaining seemingly anti-social behavior in politicians, “there’s nothing wrong them, they’re just jerks.” On the other hand, as George Bernard Shaw said “The reasonable man adapts himself to the world; the unreasonable one persists in trying to adapt the world to himself. Therefore, all progress depends on the unreasonable man.” I suppose the question comes down to whether being unreasonable is a mental health issue or just a manifestation of being a jerk.

Without pretending to be an expert, I think it’s a bridge too far to draw an explicit connection between entrepreneurial skill and mental health challenges. Can the stresses of running a successful startup business contribute to pre-existing conditions? Sure — but there are plenty of entrepreneurs who do not deal with mental health issues.

Conversely, there are plenty of people living more “routine” lives that also suffer from mental health concerns. The challenge of normalizing (not stigmatizing) those issues is to identify and treat them, whether the person is running a startup company or delivering packages for Amazon.

Maybe the question we should be asking is what companies are doing for the 48 percent of non-entrepreneurs identified in the study. And how many CEOs would be included here? Whether entrepreneur or corporate worker, the struggle is real and real help isn’t as available as it should be.

I’m all for harnessing your strengths for career success, but this is a bit too much of a leap.

I’m sorry, but it strikes me as an almost bigoted question. Apart from dyslexia, which tends to help people think in different ways, and is not a mental illness, mental illness is a sorrow for those who have it.

This is Andy Dunn’s story. Mental health issues are individual — not something that can be painted with a broad brushstroke. Entrepreneurship is hard but does it make you more vulnerable to mental health issues? I don’t have a definitive answer but I’m with Paula, it seems like a stretch to me.

I don’t have any trouble at all thinking there’s a correlation between some traits — it’s no accident that we have phrases like “a crazy level of attention to detail” — but … what do we do with that knowledge? If someone’s behavior is disruptive or harmful, either to themselves, their family or others, I don’t think it makes much difference that they’re 283% as likely to be the next [insert famous entrepreneur here] — or whatever … their behavior is harmful.

Lowe’s has been continuously adding value to the Home Improvement division. They have positioned themselves as a visionary brand. Metaverse combined with virtual and augmented reality will bring customers an array of possibilities such as visualization capabilities. It will directly serve as a tool for customers to bring new frontiers into their imaginations.

I think you have to be a little crazy to build or even lead a company. I would agree with this article that entrepreneurs do have a higher rate of mental health issues. Again, it not all, just a higher rate. Does that allow you to always do some things better, maybe, but it can also go the other way.

Braintrust
"Whether entrepreneur or corporate worker, the struggle is real and real help isn’t as available as it should be."

"I’m all for harnessing your strengths for career success, but this is a bit too much of a leap."

"Without pretending to be an expert, I think it’s a bridge too far to draw an explicit connection between entrepreneurial skill and mental health challenges."