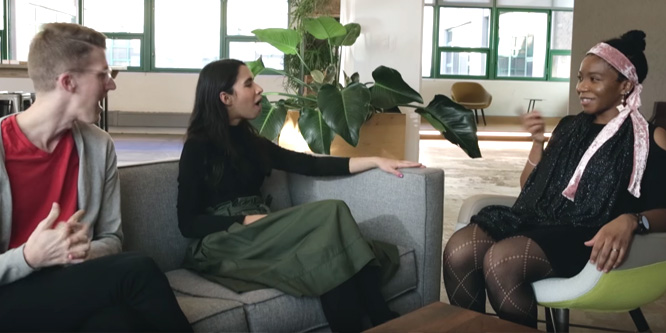 Etsy announced yesterday that it has made strides toward its goal of doubling the percentage of Black and Latinx (a person of Latin American origin or descent)) employees in its workforce by 2023.

Fifteen percent of the workers hired by Etsy last year were of one of the minority groups. The majority of these were hired in engineering positions. At the end of the year, 11 percent of Etsy’s workforce in the U.S. were Black or Latinx, up from 8.5 percent in 2018.

A blog post by Elizabeth Louden, assistant general counsel, employment, and head of diversity + inclusion for Etsy, said the company’s initiatives are part of its “Keep Commerce Human” mission. In the blog, Ms. Louden outlined steps the online marketplace has taken to recruit and retain a more diverse workforce.

She pointed to the company’s targeted outreach, including attending and supporting conferences like the HUE Tech Summit for women of color. She also listed support for organizations, including Codeland NYC, Flatiron School, Lesbians Who Tech, Npower, OperationCode, Pursuit, Render ATL and VetsWhoCode, as helping Etsy to build a talent pipeline for its business going forward.

Ms. Louden said Etsy is committed to a more objective hiring and evaluation process. As part of this, managers are required to go through extensive anti-discrimination and harassment training. Etsy has increased its focus on career growth by launching a mentoring pilot program that connects Black and Latinx employees with executives in senior roles within the company.

There is also a business/social aspect to Etsy’s process. The company supports Employee Resource Groups (ERG) that bring together workers “from underrepresented backgrounds” to give them a greater voice within the company and to help develop new leaders internally. Members of Etsy’s diversity and inclusion team are embedded across the business and work closely with management and the ERGs.

Ms. Louden writes that Etsy is further expanding efforts this year to meet its 2023 objective. This includes an expansion of its mentoring pilot and the launch of a sponsorship program “designed to help provide a pathway to leadership for Black, Latinx and women and non-binary employees in engineering.”

Etsy has donated space within its headquarters in Brooklyn, NY for students taking part in the Code Nation program. It is also in the process of implanting programs for veterans, older workers and those with disabilities.

Women account for half of Etsy’s employees, including its executive team and board of directors.

Please practice The RetailWire Golden Rule when submitting your comments.
Braintrust
"With a top-down commitment, goals and tangible programs they are ahead of most other organizations."

With a top-down commitment, goals and tangible programs they are ahead of most other organizations. It seems especially important for Etsy to have a inclusive workforce, given they serve such a diverse client base.

Peer-to-peer recognition programs have proven to be far better at improving employee engagement and performance than cash reward-alone programs. We need to keep in mind people do things for both intrinsic and extrinsic reasons. Peer-based recognition programs have proven to boost employee lifetime value (ELTV). The challenge is to have the mechanism, the technology to make the giving and getting of kudos from coworkers easy and meaningful. Beyond that, the data collected using such a platform is useful to identify the next set of leaders, those who are admired for their approach to work, and the ones who need further coaching.

Braintrust
"With a top-down commitment, goals and tangible programs they are ahead of most other organizations."