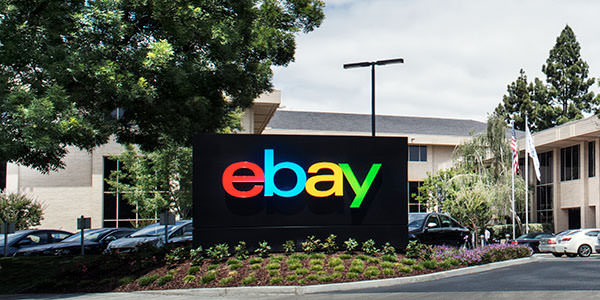 The Christmas season was plenty merry for retailers selling goods online. Included among those was eBay, which saw its online marketplace sales grow four percent during the period, spurring the company to a record quarter, the fourth straight in which it posted revenue gains.

“During the holiday season, eBay was one of the top consumer shopping destinations in the world and the second most visited ecommerce site in the U.S.,” said Devin Wenig, president and CEO of eBay Inc., in a statement. “In 2017, we intend to accelerate the progress that we made last year as we continue to execute our business strategy.”

The company reported that it added two million active buyers in the fourth quarter and its marketplace sales exceeded $10 billion for the first time in its history. It said user reviews also reached all-time highs.

EBay ran a holiday television commercial campaign in the U.S. and Europe for the first time, according to The Wall Street Journal. It was part of an ongoing effort by eBay in recent years to move beyond its heritage as an online auction site to a marketplace for new goods sold at fixed prices. EBay played up expedited shipping as a means to capture shoppers in the days leading up to Christmas. The Journal also reported efforts by eBay to improve its online search function by cataloging items sold on the site.

The company also tinkered with a pop-up shop in London that claimed to be the first of its kind to use facial recognition to help shoppers determine what holiday gifts they should purchase. As previously reported on RetailWire, shoppers were told to think of the person they wanted to buy a gift. They were then shown a series of 12 product images for about 10 seconds each in two cycles. Cameras measured their facial expressions and how long they looked at each gift to determine which ones elicited the strongest response. Shoppers later received an email that included a list of products that they connected with on an emotional basis.

DISCUSSION QUESTIONS: Are you surprised by eBay’s assertion that the site was the second most visited ecommerce site in the U.S. during the Christmas selling season? Is eBay poised to become a significant competitive factor among domestic online marketplace sites?

Please practice The RetailWire Golden Rule when submitting your comments.
Braintrust
"The company has worked hard to position its brand as a trusted merchant offering a wide variety of products."

"The marketplace model is driving growth for retailers around the world. In the U.S., relatively few retailers have launched their own..."

"eBay has a nice foothold in the heartland and hasn’t turned off the all-important Millennials, which is a real risk for Amazon."

7 Comments on "Has eBay found its retail place online?"

eBay’s ongoing success is not surprising. The company has worked hard to position its brand as a trusted merchant offering a wide variety of products, linked to an easy payment system and backed by a customer satisfaction guarantee.

The marketplace model is driving growth for retailers around the world. In the U.S., relatively few retailers have launched their own marketplaces, which would give shoppers more options than Amazon, eBay and Walmart for broad assortments. If more retailers had marketplaces, we might see others growing instead of just the large online marketplaces.

I am not surprised at all. EBay already is a competitor. A few months ago I did a post on my GenZinsider blog about a college student running an entire eBay business for a collector from her college dorm room. This girl has 280 items posted at any time. My 10-year-old cousin sent his mother eBay links to get gifts for him for Christmas, so you know kids are even using it. My dad is a numismatist (coin collector) and he says eBay is a top place to get coins.

So many retailers are selling items in their store, on their website and have an eBay link. I constantly send my parents eBay links for things I want. Coolest thing i ever got from eBay was a Seattle Seahawks 2012 Super Bowl ring. I would show you a pic but you don’t let us upload on here. Looks like the real thing.

Difficult to find things on eBay, similar to Amazon, but at least Amazon uses collaborative filtering. Search fatigue — finding what you want — needs to be addressed to make eBay a go-to destination.

eBay has a nice foothold in the heartland and hasn’t turned off the all-important Millennials, which is a real risk for Amazon. It still is one of the first ecommerce sites visited by many new internet users. The company has an amazing database of members and products, and a multi-faceted business model that customers trust won’t rip them off. I’d like to see them do a bit more advertising and get more creative with customer outreach, but overall they’re on a positive trajectory.

No, there’s absolutely nothing surprising about it (biggest: yes … second biggest: no.)

Will it become a “significant competitive factor”? I guess that depends on how we define the term: Walmart, for example, probably sells a lot of motor oil; this is because they’re big, and they sell a lot of everything. But are they a “significant competitive factor” in that field? Probably not as most people would define it. And I think the same will be true of eBay: they will sell a lot of (new) merchandise, but it will be (only) a small share of the marketplace, and it won’t be what they’re most known for.

In fairness, I admit that eBay is my go to site to find collector quality items from anywhere and every where. They do a very good job rating sellers and buyers in a way that makes service as important as price. Beginners will usually find the site is easy to use on a personal computer or a tablet. The software need to be adjusted for smart phones and this is what I see as the largest opportunity for opening up to the masses. These are not the market problems facing e-commerce. Etailers think only in terms of offerings and all to often forsake user friendliness and information content. The big picture for e-commerce is voice command with interactive translation, instant tracking and customer service resolution(s) and solving all the e-coupon problems we are drowning in today. In the coming years the etailers that meet these needs will run away from the leaders of today and actually expand the market by themselves instead of relying on consumer demand to do it for them. Let’s not forget… Read more »
0
|
0
-   Share

Braintrust
"The company has worked hard to position its brand as a trusted merchant offering a wide variety of products."

"The marketplace model is driving growth for retailers around the world. In the U.S., relatively few retailers have launched their own..."

"eBay has a nice foothold in the heartland and hasn’t turned off the all-important Millennials, which is a real risk for Amazon."