Has food waste become mission critical for grocers’ bottom lines and the planet? 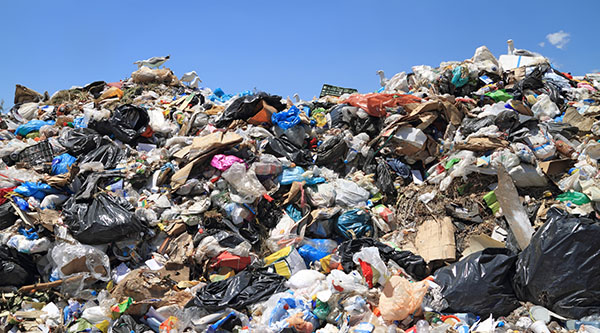 The financial advantages of cutting fresh spoilage are well-documented. On average, grocers are losing $70 million annually to spoilage alone with the largest retailers suffering hundreds of millions of dollars in lost revenue. That fresh waste is an ever-present (though surmountable) obstacle in this increasingly competitive grocery landscape is no breaking news.

But, does corporate responsibility end with the spreadsheet or do grocers have a second set of responsibilities — to the customers they serve and the earth that provides their goods? Consider the environmental repercussions resulting from a poorly planned supply chain.

Let’s start with a broad view: the United Nations estimates we waste 2.9 trillion pounds of food globally each year — about a third of the planet’s food production and enough food to feed each mouth on Earth twice over. How much of that staggering amount is attributable to the grocery supply chain?

In the United States alone, grocery retailers discard 43 billion pounds of food each year. This loss reaches further than the disposal of apples or loaves of bread. Consider, too, the fuel, the water, the physical land needed to produce those products. Jonathan Bloom, author of American Wasteland, estimates that the United States uses about 70 times the amount of oil spilled at the Deepwater Horizon disaster to produce food that will never reach a mouth. Globally, food rotting in landfills emits quantities of methane gas equivalent to an industrialized nation. In fact, wasted food, if it was a nation, would have the third largest greenhouse gas emissions after the U.S. and Canada, according the UN.

For food retailers, fresh waste is often driven by fear and the lack of up-to-date supply chain optimization. Buyers manually over-order because no one wants an empty shelf. During promotions, store managers stockpile inventory they will never sell and end up discarding vast quantities of unsold goods. These fears are completely valid — grocery retail is a notoriously low-margin space in which to compete.

Given the fact that the resources exist to address fresh spoilage and food waste, grocers have a social responsibility on top of their fiduciary responsibility to improve their supply chain operations. Consumers are increasingly aware of waste, and the calls for ethical foods and processes are only getting louder. Let’s not forget what is owed to future generations and the land that continues to sustain us both as consumers and grocers.

DISCUSSION QUESTIONS: How can grocers best address the food waste challenge? What processes need to be added to keep in-stock levels high and food waste low?

"...a simple phone call to your local soup kitchen, and you can build a relationship quickly with them."

"Discounting surplus stock works well, as do food donation drives...and repurposing produce that is beyond peak freshness into meals."

6 Comments on "Has food waste become mission critical for grocers’ bottom lines and the planet?"

Food waste is an issue but from the consumer perspective it is nowhere near as important as issues like reducing plastic usage. Especially so as, collectively, consumers are also very wasteful when it comes to throwing away food.

Retailers can do more, including nimbler supply chains, better demand forecasting, and better clearance in stores. They can also get better at donating food that is still edible to charities. However, there will always be some wastage. It is the price paid for good availability, which remains very important to consumers.

The solution is very simple. For the last 30 years we have saved all edible food from our fresh departments and instead of reducing the price, we donate it all of it to the GO Ministries, that feed on average 200 people everyday all week long. It amounts to over 10 thousand pounds of product per year that the cooks make into soups, casseroles, fruit salads, breads, and snacks, and it makes my heart happy to provide this needed food, to those who really need it. We are a small store, and could you imagine if other stores, and restaurants nationwide would do the same? It is a simple phone call to your local soup kitchen, and you can build a relationship quickly with them. They come once a week (twice if the snack and chip vendors drop off stale to me). For whatever reason, the number of stores that do this has not risen to the level needed to make it work, and I hope whoever reads this can contact their local stores and… Read more »
5
|
0
-   Share

Tony, you are right. I don’t understand why more grocers and restaurants can’t see the good in doing this.

You are so right, Tony! Imagine how much of a dent could be made if every grocery store and restaurant did this at a local level. Quite a large dent I suspect!

Grocers, if they won’t adjust order levels and risk being understocked, need more strategies for preventing waste. Discounting surplus stock works well, as do food donation drives and as Whole Foods has done, repurposing produce that is beyond peak freshness into meals.

Tony’s response is the obvious one — grocery owners creating the solution locally. Here’s the problem: For the major grocers, the “owner” is shareholders who thus far have only rewarded profits, not social responsibility. Only if shareholders begin to reward the actions that Tony articulates will this issue begin to become a way to both reduce waste and help the needy in our communities and around the world.

Side note: equally to blame are the corporately run major food producers who overproduce to drive financial results, along with government subsidies of many farmed commodities to artificially raise prices and drive over production.

It will take a multi-pronged approach to shrink production incentives to match real need, and to drive grocers to more effectively reduce overbuying and increase distribution of overstocks to the needy.

"...a simple phone call to your local soup kitchen, and you can build a relationship quickly with them."

"Discounting surplus stock works well, as do food donation drives...and repurposing produce that is beyond peak freshness into meals."