Have hacks damaged Amazon’s relationships with third-party sellers and customers? 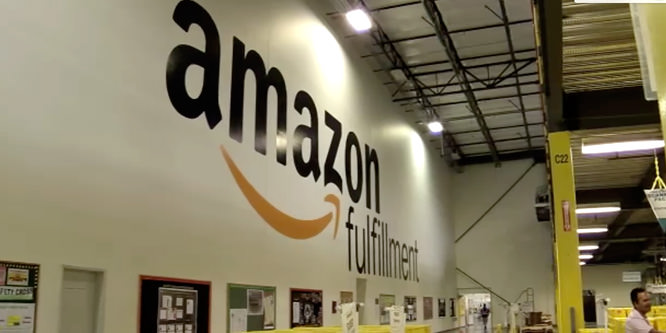 Third-party sellers and their customers on the Amazon Marketplace have been victimized by hackers, according to The Wall Street Journal.

Hackers have gained access to third-party seller accounts by purchasing email and password information, stolen in past data breaches, from the dark web. Once they have broken into an account, hackers then change the seller’s bank deposit information so that the purchases are rerouted to unauthorized accounts. Hackers have also used the accounts of inactive sellers to post fake merchandise at low prices in efforts to defraud customers.

The depth of the problem, according to the Journal‘s reporting, is not yet clear, but anything that causes sellers and customers to question Amazon is certainly a concern for the business. More than half the sales on Amazon come through the more than two million third-party sellers on the site.

Erik Fairleigh, an Amazon spokesperson, told NBC News that the e-tailer continually takes steps to secure the information of customers and sellers so “they can buy and sell with confidence” on the site.

“There have always been bad actors in the world; however, as fraudsters get smarter so do we,” he said.

More than 2.6 billion email addresses and passwords have been stolen from companies including Adobe Systems, LinkedIn, Myspace, River City Media and Tumblr, according to the “Have I been pwned?” website.

DISCUSSION QUESTIONS: Do you see the recent reports of hacks affecting Amazon’s ability to attract and retain third-party sellers? Will the reports have any effect on the willingness of consumers to purchase goods from third-party sellers on Amazon?

Please practice The RetailWire Golden Rule when submitting your comments.
Braintrust
"If someone breaks in and steals from it, to me, Amazon should be responsible for bearing the loss, not the sellers."

"It’s actually a bit more interesting than discussed so far. There are customer implications as well as seller."

"With hackers knowing that Amazon is where the money is, the company is probably subject to constant hacking attempts."

7 Comments on "Have hacks damaged Amazon’s relationships with third-party sellers and customers?"

Amazon has the most customers and the company is taking reasonable steps to keep transactions secure, so I don’t see this having any impact on its business. With hackers knowing that Amazon is where the money is, the company is probably subject to constant hacking attempts. So far, Amazon has kept them at bay. Can all e-tailers make similar claims?

I think it depends on how Amazon handles this. Given that they had to be sued over in-app purchases made by minors just so that they would actually give back the $70 million in in-app purchases that were made because they had inadequate services to give parents control over those purchases, I will be very interested to see whether they make these sellers whole or just shrug and say “oh well, too bad for you.” It’s on Amazon to make their payment system as secure as possible. If someone breaks in and steals from it, to me, Amazon should be responsible for bearing the loss, not the sellers. If Amazon takes the same approach to this issue as the parental control lawsuit, I can see third-party sellers taking real stock of the cost/benefit of doing business with Amazon and finding that it’s really not worth it. The margins and competition are tough enough when you DO get paid …

I’m surprised at the lack of comments on this discussion. Probably, high volume sellers on the marketplace have nothing to worry about, as Amazon will take best care of their biggest/most important sellers. But, the small seller quoted in the NBC News source article sure seems to have a major issue, especially for a small business. I would also think there is some risk that consumers will think twice about buying something from a seller on the marketplace that appears to be very small. Maybe Amazon just doesn’t care much about the small/niche sellers, although that could be short-sighted.

It’s actually a bit more interesting than discussed so far. There are customer implications as well as seller. In the past, for some products, I’ve purchased from Amazon Marketplace with no concern on the price/shipping or returns, after all, backed by Amazon (in some cases fulfilled by Amazon and available as prime). Recently I’ve been dabbling in buying cell phones from Marketplace Sellers at prices that I know are “too good to be true,” figuring that if there’s a chance I get them great, if not no worries — it’s Amazon looking after me. The marketplace vendors in some cases have decent feedback, but I’ve noticed that it’s old. Well, reading this article, it’s now obvious that some of these purchases are from scammers who appear to have taken over these legitimate sellers accounts, and while I don’t have a long-term concern for getting refunds when the products (in all probability) never get shipped, it’s a payment mess of charges to my credit card that will take some time and effort to sort out, claim… Read more »
2
|
-1
-   Share

Nothing has done more to alienate Amazon’s third party small retailers, vendors and consumers more than mismanagement and declining negotiation skills. Late shipments and the company’s willingness to directly compete with smaller vendors and retailers has done little for the profitless behemoth. I often wonder how many of us realize the sales and marketing capability of Wall St. and how that relates to where Amazon is.

Amazon need only follow its own advice here: “as fraudsters get smarter so do we.”

Amazon can implement better protections, such as default two factor authentication when account passwords are changed, confirmation requests to sellers when credentials are updated, cancellation of accounts that are dormant for extended periods, and notifications to merchants when their usernames match breach lists on sites like “Have I been pwned?”

Amazon’s marketplace value proposition is safe. The above are all methods that other eCommerce retailers, banks, or social networks have implemented. So it’s a matter of choice, not feasibility.

Braintrust
"If someone breaks in and steals from it, to me, Amazon should be responsible for bearing the loss, not the sellers."

"It’s actually a bit more interesting than discussed so far. There are customer implications as well as seller."

"With hackers knowing that Amazon is where the money is, the company is probably subject to constant hacking attempts."