How can retailers find the right balance between tech and humans? 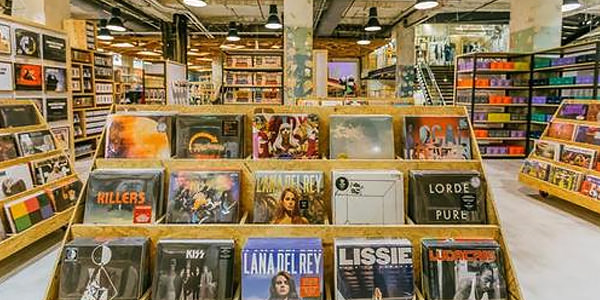 Through a special arrangement, presented here for discussion is a summary of a current article from the Spieckerman Retail blog.

Retailers’ love affair with data-driven insights and action will continue to heat up as advances in behavioral analytics, cognitive computing and external data integration promise to keep everything fresh and exciting. The human touch that, back in the day, drove everything from product buying to ad spends consequently seems to be going the way of the cash register.

Technology and data mastery have also played a role in the recent run of layoffs from retailers including Whole Foods, Walmart and Target. The multi-layered merchandising structures that have traditionally powered retail will continue to collapse (or as I like to say, "the retail world is flat") because more can be done with fewer people. Against this backdrop, it was refreshing to hear at the IBM Insight conference in Las Vegas several mentions of the need for balance and even downright respect being given to imperfect people-based decision-making.

Urban Outfitters has a well-earned reputation for sniffing out and pouncing on the next big thing in experiential retail, and people-powered gut instinct still fuels many of its contrarian decisions, including going deep into vinyl, even as others jumped on the digital bandwagon. According to Ms. Devine, Urban Outfitters’ primary identity is that of a lifestyle retailer, not an apparel retailer, giving it plenty of room to experiment widely and fail fast if individual tests fall flat.

Kyle Wierenga, Costco’s manager of advanced analytics, backed this sentiment when he spoke of the respect that his company maintains for its buyers and the merchandising instincts they have honed in their industry-defying tenures. Some buyers have been at Costco over 20 years. According to Mr. Wierenga, investments in social analytics and other tools are ensuring its buyers can focus on what they do best.

The implications and applications for retailers are clear, particularly as their attention swings back to achieving bricks-based efficiencies in order to fulfill their digital aspirations. Retailers’ growing physical and digital scale is also adding unprecedented complexity to merchandising decisions, and most are attempting to address local opportunities at the same time. Buyers, marketers and operators are by no means obsolete, but they could certainly use some cognitive help to ensure that opportunities aren’t left on the table.

How do you see the balance between people-power and Big Data shifting within retail organizations? In what ways does the art versus science debate in retail extend beyond the buying office to other functions, such as marketing and operations?

Please practice The RetailWire Golden Rule when submitting your comments.
Braintrust
"We will see a large surge over the next three-to-five years in digital everything. That will fade as the core tools are settled on and the people factor is merged with the best tools that augment associates’ performance in the stores and warehouses."

"I think this is less about "art vs. science" and more about automating routine tasks and decisions to free the humans to focus on activities that require judgement, experience or shopper interaction."

"If the results of analytics determine decisions rather than inform the decision making process, retailers will not win in the marketplace. The best marketing decisions are based on a deep understanding of consumers."

11 Comments on "How can retailers find the right balance between tech and humans?"

The balance between store-level staff and Big Data/technology will always be a concern to the industry. As the cost of labor increases retailers will continue to find ways to reduce labor but at the same time balance customer service. Now that sounds like an answer from a politician but it is what has been going on with very few exceptions. This level of change is now impacting the home office too as more and more costs are being taken out of the industry to remain competitive. The only real concern is, do we cut ourselves out of business too? Not likely.

We will see a large surge over the next three-to-five years in digital everything. That will fade as the core tools are settled on and the people factor is merged with the best tools that augment associates’ performance in the stores and warehouses.

Retail always goes wild with new stuff first then calms down to a new norm. In the end the retailers with the smartest store associates and the best merchants will win. Digital will be in their toolkits but will not own the final moves. We are way too far from true AI, and people like people more that technology. Ask SIRI — she is still hunting for friends.

Which of these will add to the customer experience and which will become a source of estrangement between brand and customer? My view is where speed, convenience and efficiency is rendered to the customer, the technology should continue to be considered. Where it is introduced just to add efficiency or reduce cost, the impact on customers should be challenged.

Driving in-store innovations purely from an Operational or Financial standpoint may not deliver desired results. Retailers should keep listening to the voice of their marketing teams and their customers in order to make the right decisions.

It think this is less about “art vs. science” and more about automating routine tasks and decisions to free the humans to focus on activities that require judgement, experience or shopper interaction.

If the results of analytics determine decisions rather than inform the decision making process, retailers will not win in the marketplace. The best marketing decisions are based on a deep understanding of consumers. Statistical analyses are excellent at providing prediction but not understanding. Prediction is great as long as all conditions remain constant.

Consumers constantly change and the marketplace is in flux. Therefore, a deep understanding of consumers is necessary to know when the elements of predictive formulas need to be modified. Relying only on predictions based upon past behavior will fall short at some point. The question is when.

As big data continues to permeate the retail sector, the technology that pits art versus science will lose. Rather, the tech that empowers marketers, merchandisers and operations personnel to work smarter and faster are the ones that will win out.

As the CEO of a software as a service company that helps field reps collect and share in-store data in real time, it is not uncommon for us to meet resistance from veteran merchandisers and marketers when their company rolls out our mobile app. However, their tune quickly changes once they’ve had the chance to use our technology and see that it helps rather than hinders their day-to-day work.

By simplifying their processes, technology like this helps field workers to concentrate on what matters most like building relationships and focusing on customer happiness. Ultimately, that is the type of retail technology that will prevail.

In most kinds of retail the phrase “decision support” comes to mind where the merchants get some fact-based advice, but still are steering the ship. I think this is the right angle for most things. There are a number of retail segments (such as grocery) where there may be an argument for more “black box” decision making applications and science. That is relative to the merchandise office. For some other functions such as personalized offers and campaigns, there is out there a more fully automated requirement as the numbers of customers/types/offers is just not manageable without science and automation. So as the science gets better, the automation can get more integrated into the business.

Merchants create what Big Data tries to understand, so that buyers can execute on their visions — and pay the rent — which is paid by entrepreneurs who can see patterns that are validated by Big Data and used by marketers. So the answer is? … Yes!

I believe that Big Data provides insight, but people power provides the delivery. In some cases, like online shopping, technology is the primary deliver some of the capability, but human beings still make the best customer service and brand communicators in the store. People don’t go to the store to interact with technologies. And the big trends and taking chances with innovation are done by human decisions with some data backing.

Here is the bottom line. A company can spend millions of dollars acquiring the data and analytics they need to create a better buying and shopping experience. Then the customer calls or comes into the store. At that point it is up to the employee to deliver. It all comes down to that moment of truth. So regardless of how good our tech is, without hiring the right people and training them properly it may all be for nothing.

Big data doesn’t mean anything if you can’t translate it into a more personalized, relevant and rewarding experience for clients. It is both exciting and dizzying to think of the possibilities data driven insights can provide to improve business and reach new clients. However, in my opinion, consumers still desire the warm and fuzzy feeling only human engagement can provide. Data only gets you so far, retailers will always need genuine people power to deliver the last mile. It goes to reason that successful retailers emphasize being an extraordinary employer, happy employees means happy customers. For example, Wegmans supermarket chain has been a pioneer in using digital technology to enhance customer experience with interactive recipe/shopping lists and an iPhone app that organizes the shopping by store aisle. But the true reason Wegmans continuously tops best supermarket in the country is because of its employees and their passion to deliver a truly amazing customer experience. To expand on Mr. Gold’s comments, digital technologies and cognitive capabilities are best served to enhance and inform judgement and intuition,… Read more »
0
|
0
-   Share

Braintrust
"We will see a large surge over the next three-to-five years in digital everything. That will fade as the core tools are settled on and the people factor is merged with the best tools that augment associates’ performance in the stores and warehouses."

"I think this is less about "art vs. science" and more about automating routine tasks and decisions to free the humans to focus on activities that require judgement, experience or shopper interaction."

"If the results of analytics determine decisions rather than inform the decision making process, retailers will not win in the marketplace. The best marketing decisions are based on a deep understanding of consumers."