How will passage of the overtime pay bill affect retailers and workers? 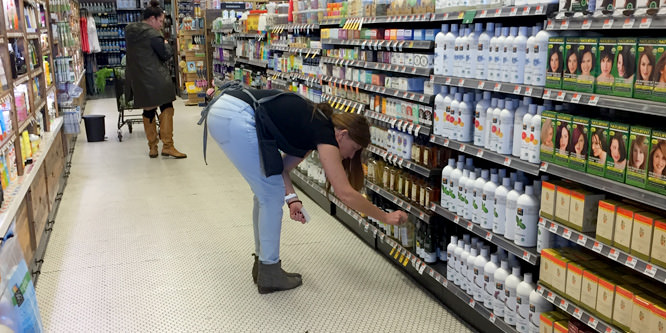 The House of Representatives has passed HR 1180, otherwise known as the Working Families Flexibility Act of 2017. The legislation, which was sponsored by Rep. Martha Roby (R – AL), gives employers the option to allow workers to take paid time off in compensation for overtime hours rather than the current law requiring they be paid time-and-a-half.

The vote for HR 1180 broke largely along party lines with the Republican majority in support and the Democrats opposing. Similar legislation has been proposed in the past, but has never passed both chambers of Congress. A bill sponsored by Sen. Mike Lee (R – UT) is in committee in the Senate. It would require 60 votes — the GOP holds 52 seats — to avoid a filibuster.

Those supporting the legislation pointed to the flexibility it would provide workers to take care of matters such as caring for a sick child. They emphasized that the decision to take comp time is up to workers. Any unused comp time at the end of the year would need to be paid by the employer at the overtime rate.

Representatives who voted against the bill expressed concern that it would be used by employers to coerce workers into choosing comp time rather than paying overtime wages. While language in the bill prohibits coercion, the reality, opponents contend, is that workers being paid hourly wages are less likely to seek redress in the courts should this type of activity take place.

Opponents said passage of the legislation may also create a situation in which employers choose employees to work overtime based on their preference for taking time off rather than being paid at the overtime rate.

While business groups support the measure, a requirement that workers give advanced notice of planned time off could work against employees who may be denied comp time when they need it most, according to the bill’s critics.

A White House press release said President Trump would sign the legislation if it made it to his desk in its current form.

DISCUSSION QUESTIONS: Would the passage of a legislation similar to HR 1180 in both Houses of Congress be good for retail industry employers and workers? What percentage of retailers do you imagine would opt-in to offer workers the choice of comp time should the legislation become law?

Please practice The RetailWire Golden Rule when submitting your comments.
Braintrust
"If the comp time is dictated by the employer, this is just a ploy to take advantage of workers."

"You don’t have to be a genius to know that retailers have much more leverage over employees than employees have over retailers. "

"In the real world, scheduling conflicts are part of life at retail for both the employer and employee."

11 Comments on "How will passage of the overtime pay bill affect retailers and workers?"

The bill is good for employers and not so good for employees for all of the reasons stated in the article. I expect many retailers to opt in, seeing as they have little to lose and much to gain.

Seems to me all this legislation is a waste of time. Why not let retailers set their own rules on overtime and comp time? Then employees could pick and choose who they want to work for. There is such a massive labor shortage in retail so it would seem to me that employees could have some leverage to negotiate how they want overtime to be worked out without costly and intrusive legislation. I think the opt in rate would be about 50 percent. Imagine that, employers choosing employees who benefit their business more.

This only works if the employees are given the choice of when and how to take their comp time. If the comp time is dictated by the employer, this is just a ploy to take advantage of workers.

Will retailers take advantage of this? Of course!

Employees at the impacted pay levels want income not time off. Employers have little to lose except the additional effort and frustration of staff scheduling.

You don’t have to be a genius to know that retailers have much more leverage over employees than employees have over retailers. This bill is a gift to businesses and any attempt to couch it as a boon for employees is simply false. Don’t expect anyone to be fooled.

I do not see where the employees benefit as much as the employers. The employee has to be able to choose as much as possible when s/he wants to take the comp time in order for this to benefit the employee. Of course, store schedules have to play into it. Frankly, I am not sure this is anything more than a waste of time.

The legislation bizarrely assumes parity between the employee and the employer; that a mutually agreed upon understanding can take place that makes everyone happy. This assumption suggests a frightening naivety — or willful disregard — regarding retail workplace dynamics, an environment still rampant with call-in shifts and dreaded “clopenings.” (If you’re eager to pass legislation, start with that lifestyle-destroying practice.)

It’s not clear to me what real advantage there is here to employees or, for that matter, to employers. Retailers opting in to this will be adding another labor scheduling headache in exchange for overtime costs. Will they opt in? Yes, as I’m sure many will see this as a way out of paying overtime wages. Will employees benefit? Unlikely. Most employees affected by this are asking for overtime for the extra income not because they need more time off.

Managing a business profitably is critical for the ability to continue to employee people. My view is that options like this are important for retailers to take advantage of. Employees need to realize the business is there to make money, not friends.

Retail shift workers live with schedules that change every week, making life planning next to impossible. I know several young people who are unable to make personal commitments because they learn about their Sunday-to-Saturday hours on the preceding Friday. The number of hours often varies too, making it very difficult for part-timers to manage a second job or childcare routines.

So a bill that allows workers theoretical “flexibility” to bank overtime hours for use as comp time sounds attractive on its face, but in the absence of any control over assigned shifts, it offers no real benefit for those workers. Far better to get paid for the overtime hours when they happen and take unpaid time off for emergencies.

Employers, on the other hand, gain the slim advantage of deferring some compensation. They lose out on the administrative front, however, since under this rule, they would need to track comp hours on each employee’s account.

This one has me scratching my head. Why bother?

Like many things, it sounds good in concept. As several before me have pointed out, the issue is what will happen in the real world. There will be companies where it will work to everyone’s benefit, but there will also be instances where employees will be taken advantage of. In the real world, scheduling conflicts are part of life at retail for both the employer and employee.

Braintrust
"If the comp time is dictated by the employer, this is just a ploy to take advantage of workers."

"You don’t have to be a genius to know that retailers have much more leverage over employees than employees have over retailers. "

"In the real world, scheduling conflicts are part of life at retail for both the employer and employee."