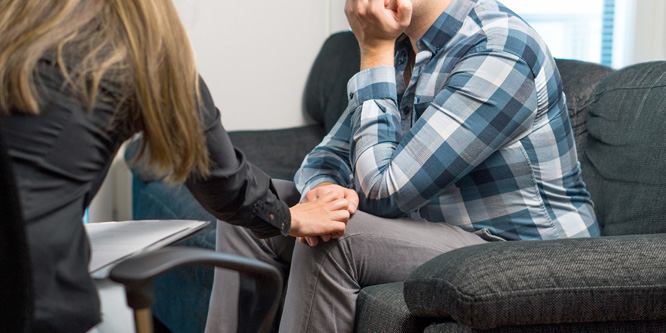 The news yesterday that Kate Spade, the designer famous for starting the luxury handbag brand that carried her name, died of an apparent suicide has shocked many within the industry. In taking her own life, Ms. Spade’s act reflects government figures that show a growing number of Americans committing suicide in recent years.

According to the Centers for Disease Control and Prevention (CDC), suicide was the second largest cause of death among people between the ages of 15 and 34 in 2016. It was the fourth leading cause of death among those between 35 and 54. The CDC has reported that suicides have increased since its last official report.

It is increasingly common to hear of suicide discussed in terms of having reached epidemic proportions. Reports of suicides committed by members of the armed forces or middle-age adults struggling with opioid addiction have become increasingly common on television, in publications and on media sites in recent years.

The retailing and consumer brand industries are a reflection of the society they serve with workers coming from all walks of life. Depression and suicide, as Ms. Spade’s suicide illustrates, is not just reserved for those at the bottom of the economic ladder.

It is important to understand that suicides are frequently tied to depression. While many find it difficult to talk about mental health, it is important for companies and their managers to openly address the issue with employees to help remove the stigma associated with getting help.

Even companies that do not offer mental health coverage can play a role in suicide prevention. According to a Quartz article, the key to preventing suicide is to talk about it. There are a variety of free resources that people can access, including the American Foundation for Suicide Prevention, the National Suicide Prevention Lifeline and the Crisis Text Line.

DISCUSSION QUESTIONS: How do mental health issues affect the workplace, based on your experience? Where do you see opportunities for employers to positively address this issue for the good of employees and their business?

Please practice The RetailWire Golden Rule when submitting your comments.
Braintrust
"Unfortunately, there remains a stigma attached to mental illness."

"Mental health is a very private and perniciously lonely disease that we tend to address with a blind eye and ludicrously limited budgets."

"Empathy is an overused term, but is honestly missing in most organizations."

11 Comments on "Mental health is a retail management issue"

Unfortunately, there remains a stigma attached to mental illness. One of my neighbors committed suicide last month, and none of us knew there was any problem. All of us have to do a better job of projecting sympathy and understanding. Ms. Spade’s loss is tragic.

Dealing with mental health issues is very challenging. I had a close friend commit suicide a few years ago. No one knew what was going on for he put on a fantastic show, yet inside he was dealing with serious problems. Unfortunately, his death was so sudden, no note, nothing to let us know why. He had a beautiful wife, two children and what everyone would think, a great life. In hindsight, we now recall signs like him being extremely quiet when he was always the life of the party or when his wife asked about his day and unlike sharing his work in the past, he kept everything inside. The first step is medical insurance MUST provide for therapy. Many policies do not. If an employee has a problem, they need to feel comfortable sharing their needs with their employer without fear of losing their job. But the biggest challenge for everyone is finding ways to see the signs in a person that will allow us to help them rather than after it is… Read more »
3
|
0
-   Share

There is a stigma surrounding mental health care. Part of the stigma is that a person might lose a job, receive a negative performance review, lose a raise, or lose a promotion. If employees fear retribution, talking about mental health issues is only more difficult.

There’s no easy answer to this question, and yesterday’s tragic Kate Spade news raises all of our awareness. As professionals, we are guarded against showing our true selves and perhaps sharing too many personal details about our lives.

What we need more in the workplace is empathy, and showing true concern for people as individuals, who have personal lives to balance with their professional lives. Empathy is an overused term, but is honestly missing in most organizations. Organizations could help take steps to help with the work-life balance by providing wellness incentives, and other incentives, as individuals are spending more time at work and the office as compared to their own families.

To cut life short is tragedy every time, but the submerged iceberg of unhappiness below it is the torture that too often exists. This highly competitive world demands much of those who seek its rewards. We serve ourselves and others well by broadening the definition of “rewards” and noticing when performance needs to be propped up by approaches that will do ultimate harm. May the loss of Ms. Spade not be in vain.

Mental health is different for everyone, which makes addressing it difficult. However, companies can provide mental health programs that employees can sign up for. Additionally, it is most important to have a company culture that is communicative and collaborative which will help with employee’s overall mental and emotional state.

Employers need to take the lead in removing the stigma of mental health in the workplace. That won’t solve everything — the social and community pressures will continue. But if workplaces take the lead in making it clear that mental health is important for the individual and that an individuals choice to treat it can be discussed with management without penalty, then progress will be made.

Additionally, employers need to ensure that benefits include good mental health coverage. NOT just a miniature plan that offers a couple of counseling sessions with a soft shoulder — but serious treatment options that rise above what’s available in society.

This is a very difficult topic. Mental health transcends any industry yet hits in a very personal way. Retail is a microcosm of the communities served and as a mirror to society, retailers can take the lead in attacking the stigma attached to mental health. Witness the numerous sports injuries and our ability to talk about them, sometimes even with pride, because they are clear, tend to have a finite path and closure, the pathologies are known and the remedy is logically accepted. Enter mental health and the impacted organ is our brain, our body’s computer, the keeper of who we are and how we make sense of our world and our relationships. The disease works hard to protect itself by camouflaging reality and heightening fear and distrust. Mental health is a very private and perniciously lonely disease that we tend to address with a blind eye and ludicrously limited budgets. There are no easy answers, but the start has to be the elimination of the stigma and realize that massive funding is necessary in… Read more »
10
|
0
-   Share

First of all I think we need to rethink the language of engagement. Too many of us speak about addressing, “mental illness.” as opposed to facilitating, “mental health.” This is more than a matter of semantics. The reason we are seeing increases in anxiety, depression, suicidal behavior, substance abuse, and other forms of dysfunctional behaviors is because life is more stressful, more complex and, frankly, more full of peril for the individual than it was 10, 20, 30 or 40 years ago. Obviously all of these behaviors impact the workplace in terms of actual tangible costs — accidents, losses in productivity, increased absenteeism, and even sadly workplace violence — but the, “hidden,” less obvious costs are equally dangerous — loss of enthusiasm, creation of a negative culture, lack of creativity, inability to attract/retain positive individuals, etc. There are lots of ways employers can address these problems. Having a really responsive HR department is a start as are employee assistance programs. But those are only the beginning. There needs to be a “judgment free therapeutic zone”… Read more »
3
|
0
-   Share

I don’t doubt that mental health can affect the workplace, but as its name suggests, it’s a “health” issue, and companies not being hospitals — other than offering medical coverage — most are not well equipped to deal with it; nor do I particularly think they should try, as amateur efforts are likely to be worse than useless. And the issue being “important” doesn’t change that fact.

Braintrust
"Unfortunately, there remains a stigma attached to mental illness."

"Mental health is a very private and perniciously lonely disease that we tend to address with a blind eye and ludicrously limited budgets."

"Empathy is an overused term, but is honestly missing in most organizations."