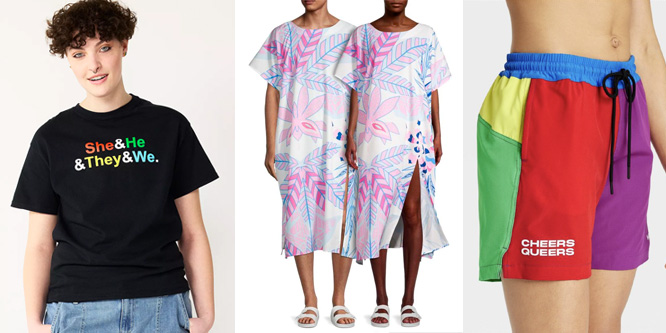 Social holidays have increasingly become a revenue stream for many retailers. Black History Month, Asian Pacific American Heritage Month, Pride Month and even Juneteenth have all been capitalized on with branded merchandise. These assortments and corporate stances have not been without controversy. Taking a stand can be a double-edged sword for brands and many are finding out, sometimes the hard way, that their efforts are not always well received.

Disney recently took a stand against “Don’t Say Gay” bill legislation in Florida and received considerable backlash, including the removal by the state of Disney’s special jurisdiction which it had held since opening in the state. The slogan “Go woke, Go broke” has taken root with conservatives.

Many others applaud Disney for its stand. Most of that praise is coming from younger generations, which is something retailers and brands need to consider as they seek to attract the customers of tomorrow. A recent Gallup poll showed that the population of the LGBTQIA+ community continues to grow, especially in younger generations with one-in-six Gen Z’ers identifying as a member. Further, a report from Pew Research this month shows that approximately five percent of adults under 30 in the U.S. identify as transgender or non-binary.

That community, which faces ongoing discrimination, is suspicious of corporations and can call out those being inauthentic. A rainbow-colored logo posted for 30 days won’t cut it. As a member of the LGBTQIA+ community, I know that no self-respecting gay wants a cliché rainbow comforter set. An authentic, supportive and tasteful collection that speaks to inclusivity is rare.

To avoid voting for the wrong side with your dollars, the advocacy group Data Alliance keeps a record of political contributions to anti–LGBTQ+ lawmakers in a report call “Accountable Allies.” Check this out before falling for the rain-faux.

Some standouts this Pride Month that deserve recognition include Kohl’s, Target and Saks Off 5th. These retailers have aligned with brands and nonprofits that support equality and gender-inclusivity versus printing a rainbow on the same product flowing through their supply chain.

DISCUSSION QUESTIONS: What impact do you think increased diversification of sexual and gender orientation will have on the retail industry? Does taking a stand on diversity, equity and inclusion issues generally help or hurt retailers?

Please practice The RetailWire Golden Rule when submitting your comments.
Braintrust
"Sensitivity and appropriateness is key as is doing things that make a meaningful difference."

Retailers should serve all customers with respect and kindness, just as people should treat each other with the same. There is nothing wrong with celebrating certain occasions like Pride or Black History Month. However doing it in an effective way — such as showcasing Black designers or increasing the number of Black owned businesses you buy from — is a far better way of making an impact than putting together some generic collection with tacky logos. Sensitivity and appropriateness is key as is doing things that make a meaningful difference. As for those who may be offended by seeing a Pride or some other collection I say: grow up, stop being so childish, and accept that the world is full of a diversity of people.

It’s good to see broader themes and messaging of acceptance and inclusivity being attempted by large retailers – it’s on the right track towards improved representation. But sometimes I can’t help but wonder who approves some of the actual products, per Brian’s point. They are often as bad as the infamous “Bic pens for women” debacle a while back.

It’s time to dig deeper – is it really about products communities want to see? Or more about broader celebration of differences and consistent commitment unrelated to the holidays?

I would love to say that it helps all retailers to embrace diversity and inclusion. I applaud those who do take a stand, even knowing that they might find themselves polarizing their customers. Sadly we’re not quite there yet. We even have politicians who go out of their way to rile up their constituents by attacking companies that do embrace diversity. In general, I do think the business will be more successful in taking a positive stand.

Braintrust
"Sensitivity and appropriateness is key as is doing things that make a meaningful difference."