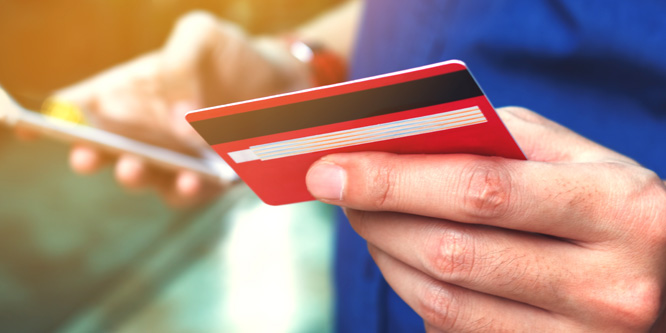 Visa and Mastercard are discussing partnering to create a universal one-click button to eliminate the final pain-point to online purchases: the complicated checkout process. But retailers have concerns.

According to the payment providers, a shared single payment button would eliminate the requirement to type in a 16-digit account number for any e-commerce site where consumer’s card credentials aren’t already stored. A universal button would also reduce the clutter of numerous payment options shown at checkout. Finally, online transactions promise to be less vulnerable to fraud because a unique token would reduce the likelihood that card numbers will be stolen.

According to a Wall Street Journal article, however, representatives of Walmart, Home Depot Walgreens and other retailers recently met with federal regulators over concerns that combining the individual payment buttons might prevent them from routing their debit card transactions to smaller networks that charge lower interchange fees.

The move may also change how online transactions are treated under the Durbin amendment, which placed a cap on interchange fees and ensured merchants could choose from more than one debit card network to route transactions. The use of a special token is also being seen by retailers as a potential hurdle for small card networks.

Visa and Mastercard have discounted the concerns and assured retailers that smaller networks will still be an option. With online cart abandonment rates ranging from two-thirds to more than three-quarters, the major payment networks further argue that online payments have to move closer to the ease plastic cards deliver in stores.

“In the traditional environment, you walk into a store, take out a card and pay at the terminal; it’s ubiquitous,” said Jess Turner, EVP of digital payments and labs of North America at Mastercard, earlier this year in Vegas, according to Payments Source. “The digital world is not all of the way there yet.”

DISCUSSION QUESTIONS: Should retailers have concerns over the single payment button being spearheaded by Visa and Mastercard? Do you see more pros than cons in a universal one-click button for e-commerce?

Please practice The RetailWire Golden Rule when submitting your comments.
Braintrust
"This is helpful for the consumer, but it will only work if retailers are satisfied that it will not increase their costs."

Frictionless commerce is, as it should be, becoming all the rage. Retailers should embrace any technology that simplifies how their shoppers can shop, whether they develop it in-house or leverage third parties.

Shopper convenience will eventually trump everything else. But at one level this is just a digital version of the “razor and blade” replenishment scheme. Visa and Mastercard are looking for a technological advantage to reclaim control of the payment processing transactions — and fees.

Canada has used one-click very successfully for years. Any card – one transaction pad. And when contactless payment is used for smaller amounts (i.e. under $100) checkout is a joy. An important benefit is that it allows that extra moment of interaction between the checkout clerk and customer, making for a pleasant end to the shopping experience.

This is helpful for the consumer, but it will only work if retailers are satisfied that it will not increase their costs. If Visa and Mastercard can persuade them of that, it is a win-win for shoppers.

That said, this kind of seamless payment is already available via third parties. For example, I rarely enter card details when shopping on my iPhone or Mac as they are stored by Apple and available for use via Apple Pay.

Any retailer that fights it loses in the long run.

Large retailers finally have an opportunity to make online checkout easier for their customers, allowing them to better compete with Amazon’s patented one-click checkout system. This solution is being brought to them on a silver platter by the processors. And yet, they are resisting.

This is all about evolution in consumer transactions and those transaction processes becoming more ubiquitous. I see no real concern for retailers nor shoppers with these organizations leading efforts to simplify the purchase processes. I think the bigger issue is why so many online merchants haven’t taken more steps to simplify these processes already and reduce cart abandonment on their own.

I would like to have seamless or frictionless commerce but, the truth is, as a consumer and an industry expert, the data leaks in the world abound and I’m far more concerned about any more initiatives to consolidate my data.

I think what I’d like to see is a simple consistent format for which I can process payment regardless of what I choose to use. Right now, Visa Checkout, Paypal, Apple Pay and Android Pay all have different sign-ins, different password requirements etc. that make it difficult for me to pay. Perhaps I’m wandering into block chain territory, but if these parties could get together and simply agree on a consistent user format for online purchases, that would make my life a lot easier as a consumer, and it would allow these companies to compete on the same level for my transactional business.

There is no question the easier you make the payment process, whether online or in a B&M store, the more customers like it until it infringes on their privacy. Given the abandonment rate, this is definitely a positive for online retailers with the caveat of what happens to fees.

“Pain point”? Sorry, and maybe it’s just me being me, but the few seconds spent inserting an account number hardly seems like a burden. And — again forgive me for potential tech illiteracy — but people can’t have it both ways, claiming to be worried about security, but then demanding shortcuts for every procedure designed to enhance that security.

Braintrust
"This is helpful for the consumer, but it will only work if retailers are satisfied that it will not increase their costs."