Why did Walmart buy Jet.com? 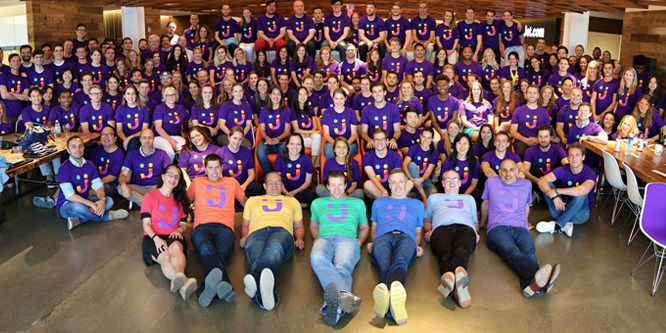 When news first broke last month that Walmart was in talks to acquire Jet.com, many questioned whether the deal made sense, especially if you stopped to consider the reported $3 billion+ price tag. Well, Walmart announced yesterday that it is now the new owner of Jet.com and CEO Doug McMillon published a list of five reasons why he and the retailer’s board believe they made a smart move.

DISCUSSION QUESTIONS: Do you believe Walmart’s rationale for making the deal to acquire Jet.com is valid? What will be the keys to unlocking the potential of Jet now that the deal is done?

Please practice The RetailWire Golden Rule when submitting your comments.
Braintrust
"The world needs yin and yang: Coke and Pepsi, Ford and Chevy. In the retail world, why not have Amazon and Walmart?"

"I think that Jet should retain its name to continue to be attractive to urban Millennials."

"This is a classic incumbent leader devouring the irreverent upstart — with a twist."

14 Comments on "Why did Walmart buy Jet.com?"

I agree with all the reasons stated, however I think that Jet should retain its name to continue to be attractive to urban Millennials. Sounds silly, but I think Jet will be more valuable to Walmart if Walmart allows Jet to do so.

While I question the $3 billion price tag, Walmart’s acquisition of Jet.com makes sense for all of the reasons detailed in the post. Walmart needs to better its e-commerce operation. Over the years it has tried everything from relocating its e-commerce headquarters to Silicon Valley to hiring e-commerce veterans. Nothing the company has done has slowed Amazon. Mr. Lore and his team are successful serial e-commerce entrepreneurs. If any team can make a difference at Walmart, it’s these guys. The question is whether Walmart is ready to give them the freedom necessary to make a difference in the company’s status quo.

There isn’t a retailer of any size and location in the world — including Walmart — whose executives aren’t kept up at night thinking and worrying about Amazon and their continuing impact on retailing and shoppers. Amazon has seismically changed the retailing landscape and Walmart’s acquisition of Jet.com will help Walmart compete. The world needs yin and yang: Coke and Pepsi, Ford and Chevy. In the retail world, why not have Amazon and Walmart?

This is a classic incumbent leader devouring the irreverent upstart — with a twist.

In this case, this upstart can provide the needed DNA lifeline to Goliath to win in the digital retail future. The mindset shift necessary to remain at the top and to compete successfully with Amazon for the new generation of shoppers requires an external impetus. The price tag that Walmart paid for Jet.com loudly states the company’s belief in the changed retail landscape and its intention to embrace, not silence, the Jet.com DNA.

$3 billion is a lot to pay for a company like Jet.com, a company that has not been around all that long, etc. That said, for a long long time the Walmart business model has been driven and underwritten by a future-forward growth business vision — ever since Sam Walton ventured out of Bentonville to open up Store #2 in nearby Harrison, AR. In 50 years Walmart has never been without a forward-looking material retail growth story.

Now — even with 90 percent of retail sales still taking place in the stores — the omnichannel, technology-empowered customer and digital retail ARE the growth story of the future. You can bet Walmart is going to be in the center of that future-forward retail growth story, one way or another, $3 billion price tag or not.

Pure and simple, Walmart bought Jet to up its ecommerce game, both real and perceived. Jet gives Walmart the ecommerce DNA it was sadly lacking with shoppers and investors alike, notably with “acqui-hire” Marc Lore. On the surface, the $3B+ price tag may seem excessive, but what other options did Walmart have to compete and win against Amazon over the long term? Plus, there’s the residual advantage of keeping Jet out of the hands of someone else, notably a foreign competitor like Alibaba looking for US expansion.

The trick to making this deal a success will be keeping the Jet people and culture over the long term, which will require a level of autonomy that Walmart corporate may struggle with.

Well stated Jenn. This is a great example of how difficult it is for companies with brick & mortar DNA to make the transition to ecommerce. This was a wise move for Walmart.

As in any acquisition, it will depend upon how the two cultures merge. Will both current organizations accept each other? It is totally upon McMillon to guide the progress, educate both organizations as to the 5 Points and constantly monitor and nurture the relationship.

It starts at the top. He made the deal happen; he owns it. The folks in the trenches can wreck it or eliminate friction. He must prevent “hurry slowly, this too shall pass.” Performance evaluations need to include a portion that evaluates how each employee makes this a success. This is it. This is the future. It’s go time.

But don’t forget the present. As Lexner said, “retail is detail.” Keep improving the store experience. Retail brands are totally dependent upon the shopper in-store experience. If WMT spends $2B+ on marketing, it could be all shifted to the stores. It is that important. If its not obvious, visit a Sears/Kmart store.

Or as we know and love, “retail ain’t for sissies!”

This isn’t much of mystery. Walmart thought they needed a beefed-up online operation — who am I to argue? — and concluded it was easier to buy than build. At about a weekend’s revenue for the price, what’s the worst that can happen?

As for the reasons given, #4 seems rather contrived … or naive? Hopeful? I doubt too many people working for a dotcom anything really want to work for WM (and probably vice-versa). And #3, it will be interesting to see how it pans out. The difference between “complementary” (success) and “conflicting” (disaster) are often subtle and hard to predict.

Ok, that listed logic makes sense … if you didn’t already have Sam’s Club! How does that Walmart brand play into this? Because, you know, it’s the same thing! Only difference is the way JET does the “incremental” pricing, but certainly Sam’s could’ve just copied that.

So I’m sorry, but it still makes no sense. I’d bet most Sam’s Club execs are scratching their heads as well (behind the scenes, of course). UNLESS it’s the old “take out the competition before they get big enough to take you out” tactic (which isn’t listed). THAT, makes sense (see also: Wild Oats/Whole Foods).

The real reason that Walmart bought Jet.com is poor execution of its own Marketplace strategy and a need to more quickly try to catch up with Amazon. Walmart tried to build its own platform a la Amazon and was never able to make it successful. Often, this is because it takes a Marketplace operator to know how to build the technical foundation for a Marketplace. So, it appears Walmart thinks it can cover its tracks by buying Jet.com to take the place of its own failed marketplace.

The challenge will be integrating the shopping experience for customers, which will be no easy task given the customization of the Jet.com platform.

The two key reasons are accelerating Walmart’s online growth (which McMillon has described as “too slow”) and creating new economies of scale for Jet, which is subtly alluded to in the memo above.

Jet’s reportedly doing about $1B/mo, same as Walmart, but far behind Amazon’s $9B. However, Jet’s a new player and that $1B was reached after only 2 years — the key difference between Jet and Walmart is the growth rate. Walmart’s hoping to jump on board the Jet and ride it into competition with Amazon, while supercharging Jet’s price chopping model with economies of scale.

Good points all. What I think Jet gives Walmart is online identity. Walmart.com does big business and the good and bad is that it’s seen as the online version of Walmart. Jet stands out and by doing so gives Walmart a chance to build an online property that can set it apart.

Braintrust
"The world needs yin and yang: Coke and Pepsi, Ford and Chevy. In the retail world, why not have Amazon and Walmart?"

"I think that Jet should retain its name to continue to be attractive to urban Millennials."

"This is a classic incumbent leader devouring the irreverent upstart — with a twist."