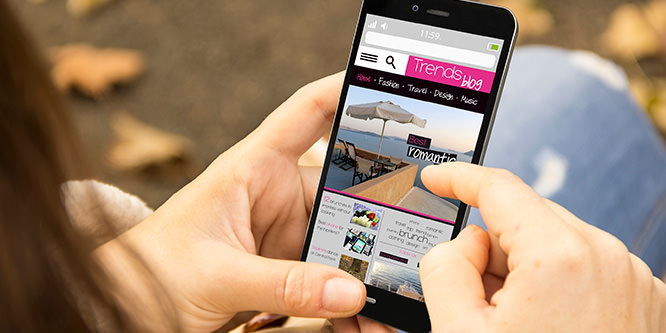 A new report from research group Arc by Applause finds a variety of reasons why consumers prefer one app versus another.

In its analysis of 1.2 million consumer reviews of apps from the top 50 global retailers with the most sales from mobile apps, the top-ten scoring retail apps were:

The big potential around apps continues to be mobile sales, and it’s happening. According to the Internet Retailer 2016 Mobile 500, mobile sales from apps have grown to nearly $60 billion in 2015, a nearly 70 percent increase from the year before

Yet consumers download apps, according to a May survey sponsored by Branding Brand, largely to save money.

The number one reason to download a retail app was to gain loyalty/rewards points for downloading, 71 percent; followed by receiving app-only coupons/discounts, 67 percent; and to receive a discount on first order, 64 percent. Less miserly, 59 percent said they downloaded a retail app because they frequently purchase from the retailer.

While Arc by Applause’s list of the top 50 global retailers with the most sales from mobile apps included Apple, Gap, Staples and Toys “R” Us, many mega-giants, such as Walmart, Target and Amazon, failed to make the cut.

Discussion question: Why do retail apps seem to be highly relevant to the shopping experience at some retailers and irrelevant at others? What key features should all retail apps have at this point?

Please practice The RetailWire Golden Rule when submitting your comments.
Braintrust
"I don't know if any of us will live long enough to see a Harry Winston frequent shopper app that notifies us about a flash sale on diamonds."

"One of the reasons the mega-giants didn't make the list in tracking sales from their apps is that they are not capturing one vital piece of data..."

"The similarity between these online retail successes isn’t just their demographic, but that their apps offer the ability to comparison shop."

As the mobile app sits between the online website and the physical store, its role is the same — traffic and conversion. The tactics of loyalty offers, on-app specials and discounts have found a new voice in apps, which offer an additional touchpoint with the consumer.

Apps add shopping minutes to the retailer’s benefit as prospects and customers browse while in transit, relaxing and watching TV making the “phablet” (mobile phone or tablet) the new store access point.

Unless there is significant savings to consumers they will not download retail apps. And once downloaded, if the savings don’t continue, they won’t use the app. Regardless of the results of this study, most consumers consistently use only a handful of apps and none of them, with the possible exceptions of Amazon and Starbucks, are retailers’ apps. Retailers’ apps need to deliver coupons, discounts, loyalty programs and the ability to checkout on their apps. Few, if any, do this and that’s why retailers’ apps are largely ignored.

One of the reasons why the mega-giants like Walmart and Target did not make the list in tracking sales from their apps is that they are not capturing one vital piece of data: an in-store visit to examine an item. Seventy percent of buyers of considered purchase items like an appliance or TV research their options before going into a store. Why? They want to see the product first. A large percentage of these buyers then return home and make the purchase on desktop. If they open the retailer’s app while standing in front of the product to review the product details, they often take a picture of the product on the shelf and email this to themselves or use a social sharing icon on the app product page to share the details for their review later. The retailer captures none of this sharing, and so can not attribute the store visit and app use to the ultimate purchase. This is why some retailers are building a Remind Me function into app product pages, where… Read more »
2
|
0
-   Share

Some retailers draw more discount-oriented shoppers than others. I don’t know if any of us will live long enough to see a Harry Winston frequent shopper app that notifies us about a flash sale on diamonds ten carats and above. There may or may not also be a correlation to age cohorts. It seems logical to assume retailers catering to Millennials and Generation Zers will have more success getting their customers to leverage technology. The most critical factors — as illustrated by the Peapod example cited in the article — are easy navigation and seamless function. If that app is slow or freezes it’s a non-starter.

It’s all about what’s in it for the customer. People are very likely to download an app for the initial points or discounts. Look at all the loyalty programs folks join and may never use again. If retailers want their apps to stick, they need to serve the customer. Much like the Starbucks app and now the Chick-fil-a app that let the customer go to the head of the line. Otherwise the app is nothing more than a loyalty card and instead of having distinct apps that take up prime real estate on my phone, I’d rather be able to put those in my mobile wallet.

There is overwhelming evidence that the large majority of retailer apps simply don’t resonate on a sustainable basis with shoppers. A recent study shows that while a typical digitally empowered shopper uses six to 10 apps per week, two-thirds of newly downloaded apps are discarded after a single day and 97 percent of all apps are abandoned within a month of being downloaded. The ‘apps’ that have life are those that integrate mobile payment and loyalty (e.g., Starbucks) or create a consistent “surprise and delight” shopping experience (e.g., Gilt).

Unless they are essential in function and efficient to use, consumers will not use apps regularly, and they will become zombies.

So apps have to provide the best deals
That comes from coupons, special savings, brand currency, secret sales

Brand relevance dictates app relevance
REI is preferred to LLBean among tech savvy shoppers
And so on.

The app is another channel for the consumer to buy. It crosses into the online retail, but really is a channel unto itself. The immediate gratification of loyalty and reward points is a great strategy, but getting the consumer to engage and use the app is another issue. Three parts of the app should be about marketing (as in discounts, sales and anything related to pushing more merchandise), a value-add in the form of information/content and an opportunity to engage with the customer community.

There will be a point at which apps become a bigger part of the retail experience and those that don’t jump on now will be playing catch-up in the not too distant future.

I am surprised Amazon didn’t make the list. What this tells us is that consumers will buy from an app if there is timely discount/deals, basically apps drive immediate action from discount shoppers. The question here is whether an app helps a brick-and-click retailer. I believe the answer is yes, but the volume of traffic for the app is going to be lower than pure-play apps, that’s just how it is. It needs to be good enough to not hurt the brand, but comparing apps from brick-and-clicks to pure-plays is comparing apples and oranges.

I think the data on App sales is far, far too high. Total e-retailer sales in the US for 2015 were only $360B. So for there to be $60B in mobile sales via app stretches the way numbers work. That said, it could be that number counts “Safari” on my iPad as an “app”… in which case it’s misleading.

Interesting read. My own behavior with retail apps is I rarely use them. Most don’t offer a shopping advantage — only discounts and sales.

But we need to be a bit cautious about this. As Zyman observes, in the absence of meaning, consumers fall back on price. Since retailers have lost their abilities to provide meaning, discounts seem to be their only lever — and they use it far too often.

The similarity between these online retail successes isn’t just their demographic, but that their apps offer the ability to comparison shop. They feature multiple brands and users can search for the best price.

Modcloth offers many of the same brands as Amazon, with a slightly higher price. They do it by allowing users to upload photos of themselves wearing their purchase along with their reviews of the product. This allows potential customers to have a personal(ish) experience with the product and creates an online community. People are willing to pay for that. The “experience” factor doesn’t end with brick and mortar.

I’d be interested in a few statistics, like who used the app for the 4th time, and the amount of time they interacted. (As opposed to those apps that mysteriously open all by themselves on your phone). Betting there’s a big drop off after the 2nd use.

If there’s no compelling reason to use the app, then it won’t be used long-term by the shopper. Some of the ones listed as well as a couple others have exciting promos to keep the interest generating. You cannot just “set it and forget it” when it comes to apps. If they look just like they did the last time I signed in, then I’ll lose interest. Change them up often!

Consumers are continually bombarded with retailers and other companies trying to get them to download their mobile apps. There are only so many pages of screens that consumers want to scan through so they are becoming more selective when deciding what apps to download. Everyone seems to be reaching app fatigue. That said, there is hope, as savvy retailers are figuring out the secret sauce to get consumers to download their apps and use them on a regular basis. Overstock.com has more than 5 million users of their mobile app and Starbucks is driving as much of 20% of their revenue from mobile apps. There are two keys to their app success: frequency of shopping and engaging features. First, consumers are not likely to download and app unless they are a frequent customer of the brand and anticipate that the will use the app regularly. Otherwise, why waste the time to download the app and have it increase the clutter on your app screens. Once customers have downloaded your app, success will only be achieved… Read more »
0
|
0
-   Share

Braintrust
"I don't know if any of us will live long enough to see a Harry Winston frequent shopper app that notifies us about a flash sale on diamonds."

"One of the reasons the mega-giants didn't make the list in tracking sales from their apps is that they are not capturing one vital piece of data..."

"The similarity between these online retail successes isn’t just their demographic, but that their apps offer the ability to comparison shop."