Will Amazon’s antitrust battles get worse before they get better? 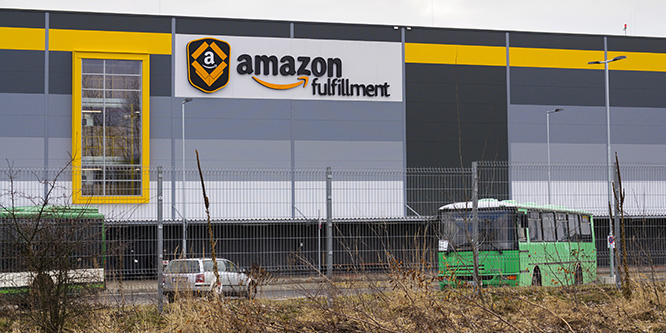 Amazon has made several commitments related to business practices in Europe as part of settlement over alleged unfair treatment of third-party sellers.

European Union competition commissioner Margrethe Vestager said in a statement, “Amazon can no longer abuse its dual role and will have to change several business practices. Competing independent retailers and carriers as well as consumers will benefit from these changes opening up new opportunities and choices.”

Amazon has until next summer to implement the changes, which will remain in place for five to seven years. Amazon avoided a fine that could have totaled up to 10 percent of global revenues.

Amazon insists it is a small-business enabler, with up to 60 percent of sales on its platform coming from third-party sellers. Amazon said in a statement attained by CNBC, “While we continue to disagree with several of the preliminary conclusions the European Commission made, we have engaged constructively to ensure that we can continue to serve customers across Europe and support the 225,000 European small and medium sized businesses selling through our stores.”

Google, Meta, Apple and Microsoft are also facing antitrust litigation, but the settlement marks the first time Amazon’s overhauled practices as the result of a government investigation and may drive changes elsewhere.

A source familiar with Amazon’s intentions told Recode, “It appears Amazon’s strategy all along was to make it seem like it was giving things up that it was perfectly comfortable to give up.”

Please practice The RetailWire Golden Rule when submitting your comments.
Braintrust
"Amazon has a lot of fence-mending to do, and this is an example. "

3 Comments on "Will Amazon’s antitrust battles get worse before they get better?"

European Union regulations are nonsensical and reflect the inherently statist nature of a political union and its unelected commissioners. Amazon built their platform, they took the risk, they pay for its maintenance. As such, they have a right to determine policies and procedures, including what they prioritize when selling. This is exactly the same as any other retailer – including EU-based retailers like Aldi which spends a lot of time copying major brands for their own-label products which are given prominence in-store.

Amazon has a lot of fence-mending to do, and this is an example. I doubt this settlement has much to do with fairness, but rather it’s about minimizing downside financial risk of losing up to 10 percent of their global revenues. By settling with the EU, Amazon can appear to “come clean” and try to move past the these legal headwinds that are costly and distracting.

I’m not fond of using the word “fair” — or more precisely don’t like childish rants of “unfair!” — so let’s just say I believe they conform to EU law(s). The U.S. has different laws.

In general, I think that with great power comes great responsibility; what that means of course is open to interpretation: those who believe in the perfection of the marketplace will likely object to any regulation, however “fair” it may seem to the rest of us; those who know believe it’s imperfect will be open to remedies. The claim that Amazon is “just like every other company” and should be treated accordingly, calls to mind the old observation that “The law, in its majestic equality, forbids rich and poor alike to sleep under bridges…”

Braintrust
"Amazon has a lot of fence-mending to do, and this is an example. "