Will going public lead to riches or ruin for Wish? 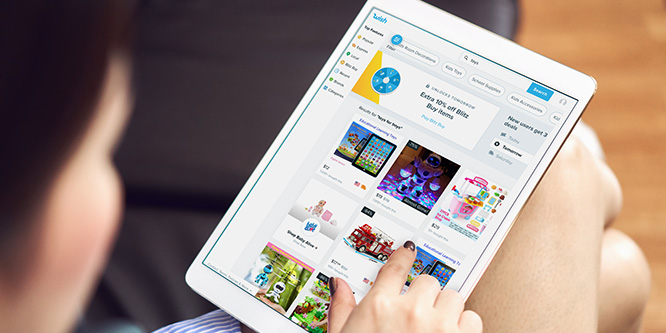 Wish, an e-commerce marketplace that came to prominence offering customers cheap, sometimes bizarre products, factory direct from China, went public in December of 2020. After an early drop in share price, investors are not proving to be bullish about the company’s post-IPO prospects.

Wish experienced a 16 percent drop in share price on the day it opened for public trading, according to Yahoo Finance. Of 31 IPOs raising in excess of $1 billion dollars this year, Wish was at the bottom of the list. To the contrary, other hotly-anticipated IPOs during the same time frame, like Airbnb and DoorDash, experienced spikes when they began trading.

One analyst posting on Seeking Alpha noted flaws in the Wish business model — its tendency to spend a great deal of money on marketing online and via social media, an apparent lack of customer loyalty and the poor quality and potentially unsafe products on offer. The analyst also pointed to a lack of uniqueness and quality of the platform.

Fluctuations in trade relationships between the U.S. and China have also impacted Wish’s operations. For instance, a rollback of a UN ruling that allowed China to be treated as a developing nation subject to lower shipping fees forced Wish to invest significantly in logistics, according to a Financial Times article. The company has built out its own logistics system and now handles shipping arrangements for almost half of its orders.

There are other apps that provide similar and similarly-sourced types of products which have been gaining traction stateside. AliExpress, for instance, is the China-based discount e-commerce platform owned by Alibaba.

Both Wish and AliExpress have been the subject of articles urging caution for those considering shopping on the websites/apps. Users have reported purchasing bootleg items by accident and non-working items in some categories, as well as dealing with excessive shipping times.

While purchasing devices or novelty tchotchkes on Wish can be a crap shoot, some have argued that the business model is popular enough for some big names to take notice. In 2018, Amazon launched a $10 or less microsite, which TechCrunch pointed to as an attempt to establish a presence in Wish’s niche.

DISCUSSION QUESTIONS: What will Wish have to do in order to be more than a flash in the pan and experience sustained growth? Is operating as a publicly-traded company a plus or minus overall for Wish?

Please practice The RetailWire Golden Rule when submitting your comments.
Braintrust
"In this particular case, why would any retail investor put money into a questionable online retailer when critical mass is so far away?"

3 Comments on "Will going public lead to riches or ruin for Wish?"

Way too many IPOs are generated by financial players who see an opportunity. The investment bankers and brokers make an enormous percentage of the offering (often hidden in various one-time and ongoing fees).

In this particular case, why would any retail investor put money into a questionable online retailer when critical mass is so far away?

Wish.com is not an easy call. On the negative side its direct-from-China product has questionable sourcing, transparency and quality. With sustainability and human rights awareness on the continued rise, the reach of Wish.com could be called into question. However, the popularity of shein.com, Amazon dupes, and Fashion Nova indicate that there is still a strong market for this type of product. Wish.com has more than 70 million active users. I am personally not an investor in Wish.com, it doesn’t align with my values. However, Peter Thiel’s Founders Fund and the Palantir co-founders are bullish on Wish.com

To be successful, Wish will need to deliver quality products that meet customer expectations and can be delivered on at a reasonable cost in a reasonable time. While this might sounds obvious, doing so from China and with new products frequently is a challenge for Wish.

Operating as a public company is more challenging for Wish since their finances and operational successes and failures will be visible to the public. Problems will need to be fixed quickly and in a manner approved by the shareholders, or they will sell their shares and move on. It will be a tough future road for Wish.

Braintrust
"In this particular case, why would any retail investor put money into a questionable online retailer when critical mass is so far away?"