Will its acquisition of ShoeBuy.com boost Walmart’s online performance? 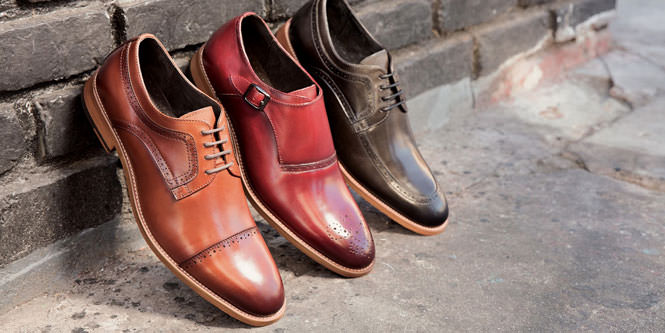 Coming five months after its $3.3 billion acquisition of Jet.com, Walmart last week snapped up ShoeBuy.com, the online retailer of footwear, apparel and accessories.

At least initially, Jet.com will be the prime beneficiary from the acquisition. The purchase largely mimics Jet.com’s February 2016 acquisition of Hayneedle.com that helped boost its offerings in home categories.

In 2015, apparel and accessories moved ahead of computer hardware to become the top category for e-commerce, according to comScore. According to analysis by Slice Intelligence, Jet.com’s largest categories are electronics, home and kitchen, healthy and beauty and grocery.

ShoeBuy.com will run independently of Jet.com and Walmart.com, but shoe brands that sell on ShoeBuy.com may gain access for sale on the other sites.

“ShoeBuy brings access to a large assortment of products, strong industry relationships and rich content that will further enhance our customer experience,” said Walmart in a statement

And it appears the dot.com acquisitions will continue. In an interview with Re/Code, Jet’s founder, Marc Lore, who now runs both Jet.com and Walmart.com, said it’s “a fair assumption” that Jet and Walmart will seek out other mergers, most likely “in the categories where they are long-tail, high-margin products and harder-to-crack brands.”

Helped by the launch of numerous private labels, Amazon.com is making an aggressive push in soft goods. In 2009, it paid $1.2 billion to acquire Zappos, the leading online shoe specialist that generates more than $2 billion in annual sales.

By comparison, Walmart paid only $70 million to acquire ShoeBuy.com. Internet Retailer estimated ShoeBuy.com’s sales were $374.2 million in 2015. Stuart Rose, managing director of investment banking firm Tully & Holland, told Internet Retailer. “I’m not sure ShoeBuy is still growing, and I doubt they were profitable.”

Please practice The RetailWire Golden Rule when submitting your comments.
Braintrust
"Walmart has virtually no footprint in shoes (pun intended) and ShoeBuy is a significant player in the category."

"Acquisition is a great way to play a quick game of category catch-up but not everyone is taking the same approach. "

12 Comments on "Will its acquisition of ShoeBuy.com boost Walmart’s online performance?"

Walmart is a viable player in the online world. They still have to go up against Amazon.com, who has the largest product offerings. And Amazon is creating their own lines of merchandise. So how does Walmart compete? They are not just getting bigger by adding product. They are getting bigger by acquisition of full lines or companies. This a way to get bigger … faster.

Another smart move on the Walmart side. This shift will improve the in-store shoe departments and the online element of Walmart. Zappos was overkill for Amazon. For Walmart, with the breadth of their stores, the global reach is a plus for Shoebuy.com and a real gainer for Jet.com and Walmart.com.

This acquisition appears similar in intent and strategy to Amazon’s acquisition of Zappos. It grows presence, category sales and brand-appeal faster.

The very low purchase price for ShoeBuy relative to its revenue raises questions about its growth and profitability trends. Walmart/Jet may be acquiring the business at such a low price that their downside risk is minimal.

That said, the acquisition will strengthen Walmart/Jet in a popular e-commerce category. It’s interesting to contrast Walmart’s “land-grab” approach to online retail with Costco’s emphasis on its physical stores. Clearly the two retailers have very different perspectives on competing with Amazon.

This is a good move by Walmart. Shoes are a big category online, accounting for 6 percent of online sales during 2016. Walmart has virtually no footprint in shoes (pun intended) and ShoeBuy is a significant player in the category. It also underscores what is becoming increasingly apparent — that for Walmart to challenge Amazon it is going to take much more than Walmart.com.

As companies look for growth and try to remain competitive, I feel that you are going to see this model more and more. Historically, companies looked at acquisition opportunities that had some scale and could get absorbed into the acquiring company. Then we saw large companies look to acquire standalone companies that were complimentary. As we move forward, the largest companies will look a little more like holding companies with a portfolio of core niche domains. You see this happening both with large retailers and large brands.

Watch out for Walmart. There is a strategy in play as evidenced by recent acquisitions. Marc Lore is a game changer. Shoes, home furnishings and next — apparel. “long-tail, high-margin products and harder-to-crack brands.”

Acquisition is a great way to play a quick game of category catch-up but not everyone is taking the same approach. Amazon’s acquisitions of category killers such as Quidsi (Diapers.com and other fill-in-your-niche dot-coms) have been largely defensive. Amazon’s philosophy seems to be, “if you can’t beat them, eat them.” By contrast, Walmart is leveraging acquisitions to grab tech talent and ensure category relevance. Footwear is a logical foray as Zappos acclimated millions of shoppers to buying (and easily returning) shoes online. Walmart can ride in Zappos’ wake and bolt on a bevy of national brands, accompanying content and user relationships/data. Nice deal!

It fits nicely into its product offering portfolio and it might even bring additional consumers who would not consider the brick & mortar Walmart locations so in theory it fits nicely into Walmart’s ambitions.

Given that Amazon is the competition, the only way Walmart can catch up is via acquisitions. I’m curious to see how they maintain the current shoebuy.com loyal customers and on the overall execution of different properties, since that will determine the overall success of Walmart’s online presence.

Given the low price Walmart paid, this may be an ideal acquisition — obtaining infrastructure at discount price.

That said, I am concerned that Walmart is following a copycat strategy with (apparently) Amazon as the leader. This move has all the appearances of a company who has shifted from leader to follower — meaning strategically they are now at risk.

By contrast, Walmart (and any retailer) needs to be concerned primarily with leveraging their unique and distinctive connection with consumers — not knocking off Amazon.

In addition to the acquisition of Jet.com, Walmart certainly has increased their online presence significantly in comparison to its direct competitors like Target and other retailers. ShoeBuy and Jet represent key categories that Walmart was lacking online presence in. These new acquisitions (and likely more to come) will continue to put them on right track to catch up to massive online retailers like Amazon.

Braintrust
"Walmart has virtually no footprint in shoes (pun intended) and ShoeBuy is a significant player in the category."

"Acquisition is a great way to play a quick game of category catch-up but not everyone is taking the same approach. "