Will its ‘best of’ designer sale trigger a massive run on Target? 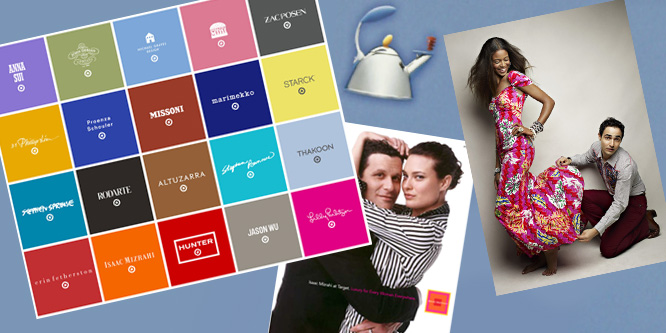 For 20 years, Target has been launching limited-edition designer partnerships that have drawn throngs of shoppers to the chain’s stores and large numbers to its website. It’s become commonplace in recent times for loyal guests (Target’s name for customers) to take to social media channels to complain that the same designer items they found out of stock at local stores are being sold on eBay for exponentially more than Target charged.

This year marks two decades since Target first launched its designer partnership program with the famous architect, Michael Graves. Since then, Target has entered into 175 partnerships, and  this year has decided to create a multi-designer event, also limited edition, to reintroduce 300 of the most popular items sold in the past.

“Each partnership brought something special and exciting to our guests, and with 20 years behind us, we’re only getting started,” said Mark Tritton, executive vice president and chief merchandising officer, Target, in a statement. “We look forward to bringing our guests more incredible, inspiring and affordable design, creating preference for Target each and every day.”

This year’s “best of” anniversary sale will launch online and in stores on Sept. 14 and continue while supplies last. At that point, Target customers can go on eBay if they just have to have a particular item.

Target is featuring apparel, accessories, home décor and kitchen products from 20 different designers, priced between $7 and $160,  as part of the commemorative collection. Designers participating in this year’s event include:

The retailer is also looking to commemorate its 20 years of designer partnerships with a documentary and photo book.

The film, produced by RadicalMedia, will look at the retailer’s approach to creating stylish, yet affordable, clothing and the impact that has had on retailing. The documentary will feature individuals who played prominent roles in the many collaborations over the years.

The book, published by Rizzoli, will drop on Sept. 2. It will provide a look back at Target’s history of design and include commentary from designers and fans.

“Design has always been a part of Target’s DNA. From our stores and the products we create to the partnerships we cultivate, our focus on accessible design sets Target apart, and is one of the reasons guests love to shop with us,” said Rick Gomez, executive vice president, chief marketing and digital officer, Target.

Please practice The RetailWire Golden Rule when submitting your comments.
Braintrust
" I actually think this is a great example of creating and managing scarcity."

15 Comments on "Will its ‘best of’ designer sale trigger a massive run on Target?"

Buckle in. This should be a wild ride. Single designer events have created significant commotion, both in-store and online. I actually think this is a great example of creating and managing scarcity. That is not to say Target intentionally frustrates its guests. “While supplies last” is a perfectly legitimate approach. Estimating quantities with one designer is difficult. Estimating quantities over several designers is going to be challenging.

Agree. Like “sale,” “limited supplies” will always create a buzz. Making an event out of it makes it even more exciting. Plus it reinforces why Target is successful: They stick to their positioning as an upscale discounter, aka cheap chic. This is key because it attracts middle- and upper-income consumers – a much larger customer base to tap from than other discounters like Walmart.

I think Target’s designer collection has been a good strategy because it’s different, and being different is what it’s all about to stand aside from your competitors. That said, I don’t see the “best of promotion campaign” being a huge success but it should be successful enough to make it worth pursuing. There is too much “sameness” in retail today with too many retailers simply copying competitors rather than being innovative themselves. Target has consistently not only been successful quarter after quarter but has done so primarily because it strives to be different. The strategy works, and they do a great job. It’s a wonder other retailers don’t see that and realize that being different is what makes you successful.

Target was ahead of its time when it launched the first designer collaboration and the partnerships are just as relevant today as they were 20 years ago. That said, the collaborations are variable in their success. Hunter proved to be very popular, while there was a load of Marimekko product hanging around for ages after the promotion. Equally, the success Vineyard Vines launched this year was variable. stores on the East Coast lapped it up, many stores in the Southwest (where the brand is less relevant and well known) still have stock left today!

But that nuance perhaps misses the point. Target is doing things to create excitement and interest. And I am sure its multi-designer event will be a great success.

I hate to be a naysayer but it’s been hard enough for Target to ensure that tops arrive with bottoms in single designer programs and we all know how surge programs have crashed and burned in the past. How in the world will this come together in stores without creating a shop-off-the-floor mess? Do the designers themselves really want to get lost in this mishmash? Perhaps Target will focus on stand-alone items and one-piece dressing rather than full collections of separates. I’m all for Target continuing its design partnerships, particularly as it expands its private brand portfolio, however, this designer-palooza approach would seem to be risky and unnecessary. Just do the book launch and call it a day.

As long as they have enough supply to make enough shoppers happy but not so much that the “while supplies last” sounds like BS, it will be a success. Target has done a masterful job of creating and positioning themselves as stylish but affordable all the way from the designer partnerships, in-store look and consistently well done commercials over the years. Hard to beat Target at this game. They own it.

Designer-only sales are a great strategy to emphasize the fashion orientation of Target. Including all 20 could create a lot of traffic. The only downside is to see Target suggesting that consumers go to eBay for must-have items when the limited amount is gone. It is disheartening to see Target condone the price gouging that their sale promotes.

Target’s scarcity sales generate not only sales, but also interest and publicity, while being true to Target’s cheap chic philosophy. Bring it on!

It’s brilliant that Target is reminding us of what they’ve done so well.

Why do so many retailers start successful programs but, after an initial push, never tell their market about them? Customers do not clearly remember what a retailer does. It’s critical to remind them with communication and in-store promotions.

Of course, this is also likely to be a productive sale for Target. More retailers should follow their example of doing something unique and telling customers they’re doing it.

The devil — as always — is in the execution. This could be a great promotion, or an epic fail. We’ll soon see. As to question number two, in most cases marketing trumps merchandise — think pet rocks. Target’s collaborations with designers has helped build their brand identity and caused buzz for two decades and I’m sure it has impacted other retailers. But so many of its competitors have stumbled over the past 20 years, so the lesson doesn’t seem universal.

Given the appeal of the designer collections in the past and picking the best of the best, this should be a successful promotion. Some of the items will appeal to customers’ nostalgic feelings and should create some anticipation to see what will be include. It is a smart approach to focus on what works or worked!

Target has always been about affordable design. In the past few years, Target has made tremendous advances to re-establish its vision of product design in only the way Target can execute. Key items endowed with Target quirkiness. The best of 20 years promotion while lasting until supplies run out, continues to cement Target as the design leader at prices most everyone can afford. The Rizzoli book is a tribute and testimonial to Target’s 20 years as a design leader for the everyday person. Obviously, the 20+ designers participating this year agree! Talk about a fun American shopping experience!

If you’re a Target shopper and you’re not interested in these designer products, then plan your store visit around the September 14th launch of this multi-designer event – unless you want to be part of the mad rush to buy those products! If history is an indicator of most of Target’s previous limited-time designer launches this will be a wild event for them! Target has shown other retailers time and again how to launch private labels and designer-partner products in a way that creates intrigue and desire around the products. It’s more of a marketing win than a pure merchandise win – but the net result is sales! Assuming Target properly stocks stores for this event, expect big success.

“Cheap chic” is probably still Target’s strongest hand, though the distractions of the past few years have diminished it somewhat. It’s difficult to regain novelty once it’s worn off.

Braintrust
" I actually think this is a great example of creating and managing scarcity."