Will the ‘Credit Card Competition Act’ lead to lower prices for retailers and consumers? 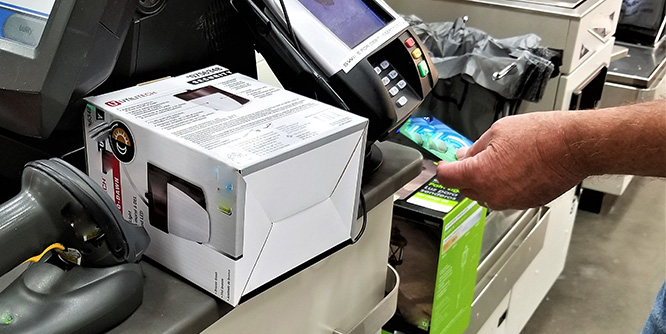 Retail trade organizations have come out strongly in support of new legislation that would enable retailers and other merchants a choice of which companies process credit card transactions. The “Credit Card Competition Act of 2022,” introduced yesterday by Senators Dick Durbin (D-IL) and Roger Marshall (R-KS), if passed, promises to open up the payment processing market and remove obstacles that retailers have long maintained drive up prices for them and their customers.

The Retail Industry Leaders Association (RILA), which represents the largest retailers in the U.S., came out in strong support of the legislation.

“For far too long Visa and MasterCard, along with the largest Wall Street banks have been fleecing American consumers and main street businesses with interchange fees,” said Austen Jensen, RILA executive vice president of government affairs, in a statement. “This was perfectly clear earlier this year when Visa and MasterCard chose profits over American families when they raised interchange rates during the highest inflation in over forty years.”

The National Retail Federation (NRF) voiced its support, as well.

“Processing credit card transactions should not be limited to two companies when there are a dozen that can do the job just as well,” Leon Buck, NRF vice president for government relations, banking and financial services, said. “Routing choice has saved retailers and their customers billions in the debit card market and can do even more in the much-larger credit card market.”

NACS, which represents convenience store and gas retailers, added its endorsement. The organization said that the average “swipe fee” is 2.25 percent of the transaction price when processed by Visa and Mastercard. That is seven times more than what retailers in Europe pay and five times more than those in China.

“While our retailers can negotiate the cost of other goods and services in their stores, they are powerless when it comes to negotiating with the credit card industry,” said Anna Ready Blom, director of government relations, NACS.

FMI, which represents grocery retailers, added to those delineating the negative effects of card processing fees on their businesses and the customers they serve.

DISCUSSION QUESTIONS: Will the “Credit Card Competition Act of 2022” result in lower swipe fees for retailers? What do you expect most retailers will do if their processing charges decrease?

Please practice The RetailWire Golden Rule when submitting your comments.
Braintrust
"Card processing fees are outrageous. Let’s hope that the effort to increase competition isn’t quashed by Senators who value campaign contributions by the big two."

"Credit card fees are out of control due to the lack of competition."

6 Comments on "Will the ‘Credit Card Competition Act’ lead to lower prices for retailers and consumers?"

Card processing fees are outrageous. Let’s hope that the effort to increase competition isn’t quashed by Senators who value campaign contributions by the big two.

This would be great for retailers during a time when cost savings are extra necessary. I don’t anticipate prices for consumers coming down the same amount, but it could make a difference in other ways.

First of all, let’s see if it passes. The Credit Card OGs have a lot of money and a lot of friends. If it does pass, it certainly should result in lower swipe fees which some retailers will pass along and others will pocket.

Credit card fees are out of control due to the lack of competition. I regularly encounter two level pricing. The statement I hear when presenting a card is “we charge X if you use a credit card.” In these cases, I am paying the cost of the credit card being processed or even slightly more. Will the price come down if there is competition between card processors? Not sure, but I would hope so.

And how exactly would these savings be “passed on”? Will every store do like gas stations and have cash and credit prices? I won’t defend — nor will I condemn — the basic fees that are charged, other than to point out the problem of making blanket assessments like “the U.S. is X times so-and-so country.” Keep in mind that the basic fee is an ever smaller part of the total: if retailers want lower discounts, then credit card issuers are going to have to scale back their “reward” programs. When a customer gets 5% back, where do they think that money comes from?

This may be good for the overall system. And let’s be clear: customers aren’t going to see a result from this activity. The reduced amounts are small percentage points per sale. While those add up to concerning amounts for a large retailer, sale by sale the difference is small.

Braintrust
"Card processing fees are outrageous. Let’s hope that the effort to increase competition isn’t quashed by Senators who value campaign contributions by the big two."

"Credit card fees are out of control due to the lack of competition."