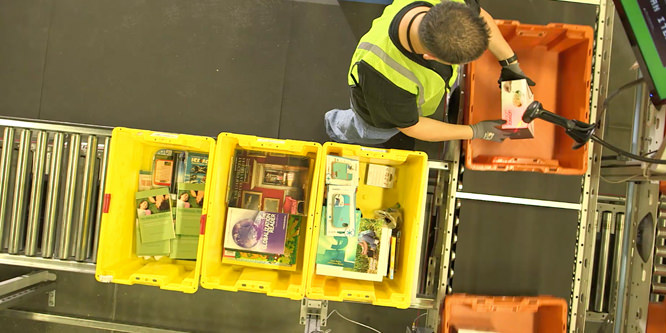 Amazon.com’s second annual Prime Day has come and gone and here’s what we know:

The most important question we can’t answer is how many new 30-day trial or permanent Prime subscribers were gained as a result of yesterday’s event. While sales are important — last year’s Prime Day sales surpassed the site’s Black Friday performance — Jeff Bezos and company have their eye on the long haul. Every $99 annual subscription not only offsets some of Amazon’s expenses, it also virtually locks in customers.

A recent analysis of Prime memberships by Consumer Intelligence Research Partners (CIRP) found that 73 percent of people who sign up for a free 30-day trial become annual members. Ninety-one percent of those who subscribe renew their memberships after the first year and that number increases to 96 percent after year two.

According to CIRP (via CNBC), Amazon added 19 million Prime members in the U.S. in the year following its first Prime Day, a 43 percent increase in its total. Today, a majority of Amazon members are also Prime subscribers, according to the group.

DISCUSSIONS QUESTIONS: What do you think is the most important factor in determining the success of Amazon’s second Prime Day? Do you expect Amazon to continue signing up new Prime members over the next 12 months at a pace similar to that of the past year?

Please practice The RetailWire Golden Rule when submitting your comments.
Braintrust
"Amazon is moving from an online retailer to a way of life."

"There are really two factors in Prime Day’s success and they go hand-in-hand in terms of creating the virtuous circle for Amazon..."

"The panic in the industry among other retailers is an indicator that Amazon and Prime Day are competitors that need to be reckoned with."

As I predicted last week this would be another blockbuster event. If imitation is the highest form of flattery, Amazon should be flattered as the event was emulated in some form by many other retailers, including Walmart. Going forward promotions like this will have the effect of introducing more consumers to Amazon Prime, as well as give Amazon’s customers permission to splurge shop outside of the holiday season.

The success of Prime Day isn’t sales and revenue. It’s the number of new members and renewals. Amazon executed a masterful plan. They gave amazing deals to current members and introduced Prime to potential members. And, when they were day was over, it worked.

Amazon has momentum with the Prime program. We’ll continue to see increases in membership and renewals, especially as benefits (well beyond free shipping) increase. Amazon is moving from an online retailer to a way of life — kind of how Apple turned a phone into something people can’t live without.

The model is working beautifully for Amazon!

Amazon has to continue to add Prime membership at an accelerating rate in order to expose consumers to the panoply of products and services — all of which drive more business for Amazon and increase the brand’s top-of-mind and delivered value with consumers.

Amazon’s success here is forcing retailers to respond with their own value equation and creating excitement to attract foot traffic and purchase clicks.

The principal measure of success for Amazon on Prime Day is undoubtedly the number of new Prime subscribers. It will also be interesting to see whether Prime Day had an impact on new customers to Amazon’s Prime Now same-day delivery service. And let’s not forget sales. Last year Prime Day was the second biggest selling day of the year, after Cyber Monday.

Amazon issued a press release this morning with the following:

“The second annual Prime Day was the biggest day ever for Amazon. Amazon today announced customer orders surpassed Prime Day 2015 by more than 60% worldwide and more than 50% in the U.S.”

Hate to rain on the Amazonians but many retail industry analysts did not see the Prime Day as that amazing. They seemed to be logical people vs. the ones that run after the hype. I am a Prime member and did not find the merchandise assortment that exciting. New Prime members might. Surprised by the limited number of books on sale and the discounted (some discontinued) fashion options.

Do not get hooked on the Amazon hype … use the site for logical shopping and use the stores for smarter shopping — digital and physical combined.

The rate of growth will probably be similar, but will slow as penetration is now over 50 percent of the U.S.

Amazon proved that it can do a massive one-day event and it beat last year. Now year two, the promo needle is in deeper. A bit further out onto the glacier …

Although I am tempted to say that sales figures are the most important metric by which to measure Prime Day, I think we are principally witnessing the reinforcement of a powerful brand through Prime Day 2016. What other retailer could create a sales event which is likely to stand on the calendar with equal significance to consumers as Black Friday, Boxing Day, etc.?

I fully agree with my fellow contributor who said that Amazon is becoming a “way of life.” Triggering a spike in Prime memberships is the metric to watch to validate that statement. Amazon understands the linkage between Prime memberships and profitability, as I once read (believe attribution to be Javelin research) that “Every 1 million new Amazon Prime members adds 1.5% to total revenue.”

That is a figure to be tracked by market analysts and provides evidence of how smart customer marketing and development of customer loyalty can be directly correlated to profitable growth and market cap.

Sales and new memberships certainly are going to be the key factors determining the success of Prime Day 2016. Also, the panic that was created in the industry among other retailers also is an indicator that Amazon and Prime Day are competitors that need to be reckoned with. As a consumer, I looked at the site a few times yesterday but did not end up making any purchases. Last year I was more motivated to purchase on Prime Day. Does that make me a consumer outlier in this case? Maybe.

There are really two factors in Prime Day’s success and they go hand-in-hand in terms of creating the virtuous circle for Amazon that is increasingly the death knell for other retailers.

The first factor is clearly Prime memberships and given the continued growth in both memberships and revenues (including Prime Day sales) AMZN has more runway here. Again, bad news for most retailers that compete with Amazon, now or in the future.

The second factor has to be sales for the day. Remember, every one of those sales is likely drawing at least some share away from the rest of the industry and not necessarily diluting Amazon’s business.

Regardless, Amazon continues its dominance and the value of being “customer obsessed” for two decades.

The KPI for Amazon’s Prime Day has and will continue to be the degree to which they are able to sign and convert new Prime members. And this is followed closely by the creation and reinforcement of Prime’s perceived value to retain existing members.

Creating a significant Prime membership tsunami allows Amazon to begin to exit the exceptionally competitive pricing battle they’ve been engaged in with omnichannel retailers since expanding beyond books.

Amazon is seeking to tap into the shopper psychology surrounding paid memberships. In an effort to derive the “full value” of their memberships, shoppers actually become less price-sensitive and less likely to price compare since they’ve already “paid to play” with Amazon. Needless to say, this would be a double win for Amazon with increased unit movements AND margins.

Prime Day is all about new members. Selling stuff is a fine thing, but expanding the network is far more valuable to Amazon.

It’s time for us retail experts to shift our analytic perspective when trying to get a handle on the Big A. It’s not a merchandise-centric enterprise, despite its colossal sales. In fact, it doesn’t really have a merchandising philosophy at all — it just sells everything.

Amazon is all about tapping into an ever-widening swath of consumption behavior and gaining an expanding share of an increasing number of wallets. Its brilliance has been about engineering consumer behavior to its profitable advantage.

That’s why Prime Day will be deemed a success if a surge of sign-ups results. Sure, the one-day deals sacrifice some margin to create excitement. The offset comes from membership fees which provide working capital (ask the late Sol Price about that when you meet him in retail heaven). After that, it’s all about lifetime customer value. Nobody cultivates that better than Amazon.com.

The most important success metric is related to Prime subscriptions (number of signups, and retention over time). The sales boost is great but ultimately the membership, and the lifetime value of those customers is the most important factor here.

It seems the success of Amazon Prime Day went well beyond Amazon themselves. Of course, by the numbers it was a success for Amazon. Additionally, some other retailers had great success as they responded and took advantage of shoppers energized by the hype. A retailer I work with, that will remain unnamed, ended up with one of the highest sales weeks of the year — as they had prepared promotions to target shoppers already looking for deals due to Amazon marketing and hype and took it to the bank. Well done!

It looks like this year’s Prime Day will be considered a success for Amazon on all fronts. What I found interesting was how significantly Amazon changed its approach to pricing this year. Last year many of the discounts were changing as quickly as every half-hour, but this year discounts remained very steadily throughout the day around a 40 percent average for Lightning deals. This appears to have been a successful approach, since we saw that Prime Day sales were so much higher than last year.

Braintrust
"Amazon is moving from an online retailer to a way of life."

"There are really two factors in Prime Day’s success and they go hand-in-hand in terms of creating the virtuous circle for Amazon..."

"The panic in the industry among other retailers is an indicator that Amazon and Prime Day are competitors that need to be reckoned with."