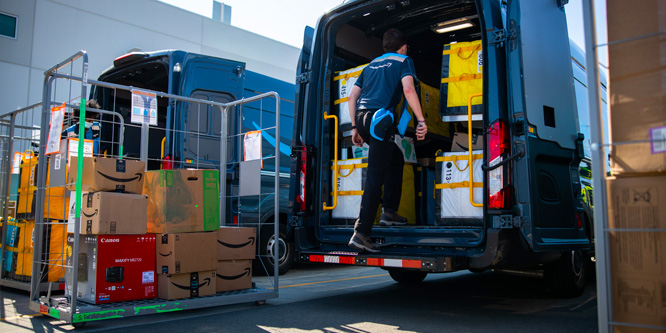 Thrasio, the largest aggregator of third-party Amazon.com marketplace sellers, last week announced its three largest acquisitions ever and more deals in the works.

“We take beloved products, invest the resources to solidify their category leadership on Amazon, and then we increase their sales footprint through international expansion and other channels,” said Carlos Cashman, co-CEO, in a statement.

In February, Thrasio earned a $3 billion valuation in a funding round as money keeps pouring into the space. A total of 38 Amazon aggregators have raised nearly $9 billion in capital since April 2020, according to Marketplace Pulse.

The aggregators promise to leverage their platform listing, marketing and selling expertise, economies of scale and data analytics to take mom and pops to the next level.

Some recent articles, however, have questioned their high valuations as online growth slows amid store re-openings. Their reliance on Amazon has long been cited as a risk.

Financial Times columnist John Thornhill wrote, “[Amazon] entices as many sellers as possible onto its platform to sharpen price competition. It can modify its listing fees or tweak its recommendation algorithms in unknowable ways to promote or demote sellers. It can spot emerging trends in its sales data and launch rival own-brand products.”

“Amazon-dependency is both the most significant risk and the fuel that powers those firms,” wrote Marketplace Pulse in its recent analysis. “But there are dozens of additional challenges yet to be resolved. For example: transferring the scrappiness of a one-person seller to an employee of a firm, long-term risk of brands on Amazon, building a brand vs. being operationally efficient, buying brands vs. building brands in-house, avoiding suspensions and others.”

Amazon, which often praises the entrepreneurial spirit of marketplace sellers, doesn’t see a threat from the trend. The platform told CNBC last month, “We expect the majority of sellers and brands will remain independent and continue to use our store for its scale and reach.”

DISCUSSION QUESTIONS: Do you see the trend toward third-party Amazon marketplace roll-ups gaining more momentum, slowing or imploding in the coming year? Should Amazon welcome the aggregators?

The trend of third-party Amazon roll-ups will not only continue – it will gain momentum. Amazon found a middle ground that supports a more diverse ecosystem of retailers, with little risk to eroding their brand or market share.

Third-party marketplace roll-ups will continue to gain momentum, but that won’t threaten Amazon’s success. If anything, it will entice more of them to join the Amazon platform in order to build a consumer base. Everybody wins, once again, in this scenario.

HI Melissa, I totally agree with your point.

This is such an under-the-radar part of retail and it’s interesting to see it come forward for discussion. And, as we are reading, companies are forming to be marketplaces for marketplaces! There are several companies that are either buying up brands to then blowing them up on Amazon or they are providing it in a SaaS format.

These giant e-tail aggregators shine Amazon’s reputation and bring in more shoppers. Shoppers “go” to the place with the best selection and pricing options – that’s Amazon. I agree with the comments so far – this trend will grow. But a caution to those e-tailers: Amazon is the house and the house always wins.

Third-party Amazon roll-ups will gain momentum, as smaller brands are earning gigantic growth. Many popular, small players are squeezed for resources and need help to mature, scale and delight shoppers.

This combination of efficiency and customer obsession makes aggregators a good fit for Amazon. They can drive Amazon traffic and sales by nurturing small brands’ growth and supporting products consumers desire.

Amazon has helped make a lot of businesses more successful with their markeplace. It’s up to the retailers to manage their growth and acquisitions. It’s important for these retailers to realize they are playing on another team’s field. The Amazon platform is run by Amazon. That’s neither good nor bad. It’s just the way it is.

Amazon aggregators are playing a crucial role in providing capital and scale in extending the reach of a popular mom-and-pop brand. That can only mean good news for customers and a higher GMV for Amazon.

This trend will continue — successful smaller sellers with hyper-growth become very attractive to investors — and is set to accelerate with even more investment and acquisition. There is currently no downside to Amazon as the number of sellers is always increasing. Should any of them become a threat, as a number of China-based sellers learned this year from having fake reviews, Amazon will boot them from the marketplace regardless of their sales success. For consumers, this shouldn’t affect their choices in the marketplace. The one risk for consumers will be the temptation these sellers may find around customer reviews and their authenticity as they become larger.

Thrasio is not only the biggest but the most organized marketplace aggregator. There are two things we are watching with respect to the aggregator impact and Amazon’s place in retail: 1.) How many aggregators fall off due to lack of proper brand acquisition or ability to scale profitably and 2.) How Amazon reacts to the macro shift to DTC. We are already seeing signs that Amazon’s programs and fees are shifting in response to the DTC push. I agree with others, Amazon isn’t going anywhere. Competition is good and will allow those with the right strategies to excel.