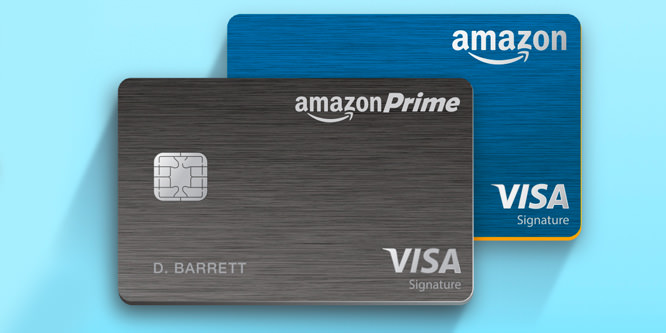 One of the pluses of being an Amazon.com Prime member is that the company continually seems to be working on ways to improve the value of the program to those who use it. The latest perk offered by Amazon is its new Prime Rewards Signature Card that offers users five percent back on everything they buy on the site as well as two percent back at restaurants, gas stations and drugstores, and one percent back on all other purchases.

The new card, which doesn’t carry an annual fee, is only available to Prime members. Prime members who currently use the Amazon Rewards Visa Signature card will be upgraded to the Prime card automatically.

“We are adding even more value to Prime by offering rewards on Amazon and everywhere else you shop,” said Max Bardon, vice president at Amazon, in a statement.

Amazon is coming off a record-setting Christmas. The company accounted for 38 percent of all online revenue over the course of the holidays, according to Slice Intelligence.

Based on data from Kantar Retail ShopperScape (via The Wall Street Journal), only 17 percent of primary household shoppers in the U.S. never shop on Amazon. A recent Business Insider report, citing Bain Capital, estimates that up to 60 million households in the U.S. are now Prime members.

And Amazon has proven successful in retaining Prime members. Ninety-one percent of first year subscribers are likely to renew their memberships for a second year and 96 percent re-up after the second year, according to research conducted by Consumer Intelligence Research Partners.

DISCUSSION QUESTIONS: Will the addition of the Prime Rewards Signature Card attract more customers to the Amazon membership program? Do you think Amazon will be successful in getting large numbers of Prime members to apply for the new card? What will this mean for its business?

Please practice The RetailWire Golden Rule when submitting your comments.
Braintrust
"This is another way for Amazon to endear itself to its already-loyal customer base."

"One cannot estimate effect at the aggregate level. The card will be highly successful in few customer segments..."

"The more valuable Amazon makes the Prime program, the more differentiation it will have from other retailers that cannot match Amazon..."

Amazon keeps making Prime better, rewarding consumers who subscribe to the service. Imagine having 60 million households paying $100 a year for the privilege of shopping at your store. Now they are adding a credit card that gives you 5 percent back for all on-site purchases. Discover is offering the same reward, as well as the ability to apply any Discover cash back balance against Amazon purchases. Will Amazon now uncouple from Discover? I see a number of households signing up for this new card and I see Amazon continuing its seemingly non-stop growth.

This card offering represents more justification for the recently-raised membership fee. There is an additional value now associated with Prime membership. Not all Prime members will opt for the card but for those who would like to enjoy the rewards, this is another way for Amazon to endear itself to its already-loyal customer base.

One cannot estimate effect at the aggregate level. The card will be highly successful in few customer segments: Low-ticket repeat purchasers (for diapers, etc.) and infrequent but high-ticket purchasers. These segments will see HUGE ADOPTION as Amazon already has low price and 5 percent cash back with Prime shipping is no-brainer.

It is the other segments that Amazon needs to capture the attention of and appeal to for loyalty. They have all the right ingredients.

Most importantly, through this card Amazon would access additional data which can be used to guide and refine pricing, placement and the recommendation of products.

Amazon knows how to please its customers. Prime members will actually pay more for a product that is Prime, knowing the convenient and free delivery is there. Not only can this promotion help attract more Prime members, it can drive up share of wallet of current Prime members. The more valuable Amazon makes the Prime program, the more differentiation it will have from other retailers that cannot match Amazon on things like assortment and price.

This move will extend Prime’s lead as the richest and most compelling membership program in all of commerce. The retailer that might need to worry about this the most is Costco. As Amazon pushes into grocery and other strong Costco categories, the opportunity to earn 5% back could move share of wallet for shoppers who are members of both Costco and Prime.

Braintrust
"This is another way for Amazon to endear itself to its already-loyal customer base."

"One cannot estimate effect at the aggregate level. The card will be highly successful in few customer segments..."

"The more valuable Amazon makes the Prime program, the more differentiation it will have from other retailers that cannot match Amazon..."