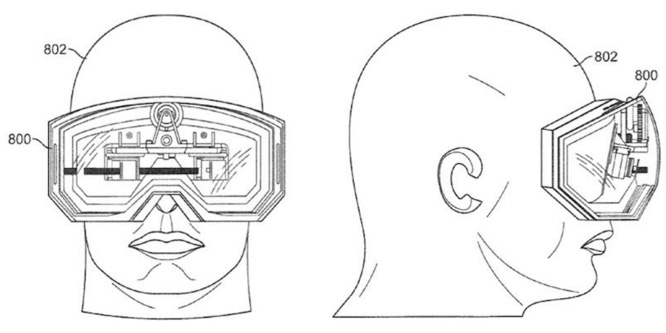 Mixed reality apps will be the next big thing in consumer technology if a new study’s predictions are accurate, and that’s something retailers might want to keep an eye on.

Mixed reality apps have been installed by users an estimated 3 billion times at this point, according to a Juniper Research forecast, which predicts that the number will rise to 10 billion by 2024. The study defines mixed reality apps as those which map interactive digital content over the physical world on a device screen, like a smartphone, smart glasses or a headset.

Defined as such, mixed reality would include popular augmented reality apps like Pokemon Go and Harry Potter: Wizards Unite, as well as social media apps with real-time reality-overlay filters, like Snapchat.

Since the summer of 2016, when Pokemon Go-mania briefly swept the U.S., there has been speculation that augmented reality would be embraced at scale by consumers and become an invaluable resource for businesses, including brands and retailers.

As far back as 2017, some segments of the tech industry have been committed to the idea that AR and related technologies will become ubiquitous, with AR devices like smart glasses or headsets replacing the smartphone entirely.

In the next few years, we may reach the critical moment when it becomes clear if consumers will actually adopt smart glasses and/or other devices that immerse a user in mixed reality. Apple is planning the launch of a new combined AR/VR headset by 2021 or 2022, built around a new kind of 3-D sensor system and designed to facilitate both gaming and office/inter-office communication, according to Bloomberg. The following year, the brand plans to release a lightweight pair of AR-enabled glasses.

Even in its current smartphone-based incarnation, AR has proven successful for some retailers with specific types of promotions. 7-Eleven, for instance, has run a number of in-store promotions requiring participants to interact with AR in-store to win prizes. Nike and other tech-forward sneaker brands have leveraged AR for app-based shoe try-on. Sephora, L’Oreal and Ulta Beauty have used AR to allow customers to try virtual versions of different beauty products.

DISCUSSION QUESTIONS: How can retailers and brands use mixed reality apps to drive value and push conversions? Will we see the adoption of AR glasses/headsets on the level Apple and other tech giants expect, and how should retailers prepare?

Please practice The RetailWire Golden Rule when submitting your comments.
Braintrust
"Retailers would be wise to utilize AR technology so their customers can see themselves in environments typical of the use of the products they are selling."

8 Comments on "Are mixed reality apps set to skyrocket?"

AR can be a useful technology for the user to see themselves in an alternate environment. Intense users of AR will use headgear in the form of glasses or headsets. However, most users will not and want the AR application to run on their smartphone. The strong growth of the technology will come from smartphone applications. Retailers would be wise to utilize AR technology so their customers can see themselves in environments typical of the use of the products they are selling.

It seems to me there are two completely different questions being asked here. It’s very easy to see how mixed reality apps will facilitate and enhance the shopping process, both online and in-store. It’s a very natural extension of the shopping evolution we are experiencing. The leap to cumbersome AR glasses/headsets feels like just that — a leap. And now I’m ready to hear the response: “OK Boomer.”

This seems to be fundamentally a response to the truth that virtual reality is a bust as a mass market product so there’s a whole lot of dead technology sitting around.

We should expect that just like virtual reality, mixed reality will have selective applications but none will be mass market. Why would it be any different? Do we forget that gamers (a very tech-obsessed market) have already voted with their wallets NO and virtual reality fizzled?

Just as the Segway ended up the device of mall cops and factories, the spin offs from virtual reality will be truly excellent in very narrow applications.

It’s hard for me to accept that this is still a discussion question in 2019. Mobile AR is here to stay and will grow so long as (in the retail world) it’s baked into an existing app and eventually, a mobile site. It’s another layer of useful data and/or entertaining experience to engage users. Design with that mindset and it will be accepted and utilized, even by current doubters.

AR headgear is niche market and only has a possibility of real growth if it’s seamlessly integrated into prescription glasses or sunglasses. All the hyped goggles have plateaued with niche markets and will not see much future growth.

Based on the definition above it’s clear that mixed reality is a big deal and something that plenty of people already engage in – look at Snapchat and Pokemon Go and its like. I think there’s plenty of scope for mixed reality to play a role in retail – one of my favorites is Nike’s use of AR and geolocation to send people on treasure hunts to unlock new drops. It could be a powerful way of unlocking new retail experiences. How much of this will be tied to smartphones over glasses and headsets is up for debate. Smartphones are ubiquitous and we all feel comfortable with the tech – I’m not sure the same can be said for AR glasses or headsets. I suspect it will be quite some time before a.) we’re all comfortable enough to use such devices (in public) and b.) the penetration is deep enough to make a big difference.

AR has been successfully deployed by a few retailers and it has a lot of promise for retail product that are very visual like cosmetics, apparel and furniture. I am a little skeptical on the adoption and growth of AR glasses/headsets, as it requires a separate purchase for another device. Designing AR for smartphone use will be the predominate platform for growth.

AR glasses and headsets have one essential negative against them currently — clumsiness. Meaning, the level of convenience every consumer is used to from their smartphone just doesn’t translate yet to those glasses and headsets. That’s really why VR headsets have largely failed to catch on. If Apple, or someone else, can introduce a new form factor of these glasses/headsets that truly delivers convenience, ease of use, along with the promised experiential benefits of mixed reality technology, then we may have something to talk about. Otherwise, there will always be interesting applications of mixed reality tools, but it just won’t hit mass adoption in the mainstream.

Retailers are carefully finding useful implementations of this technology and I expect that to continue, but not at a faster pace until the underlying technology addresses this hurdle for mainstream consumers.

I really hope VR is on its way to becoming more mainstream, more exciting, and less underwhelming. I believe in this technology, and I know there are “killer apps” and solutions waiting to be discovered. VR-simulated situations are the best way to train builders in my opinion! Ultimately it is down to VR developers to learn from existing success stories and start delivering those “killer apps.” In the meantime, I can recommend another useful app for builders https://www.safetycardtracker.com It allows workers to easily upload and authenticate training documentation.

Braintrust
"Retailers would be wise to utilize AR technology so their customers can see themselves in environments typical of the use of the products they are selling."