Are pop-ups ready to become a permanent fixture in retail? 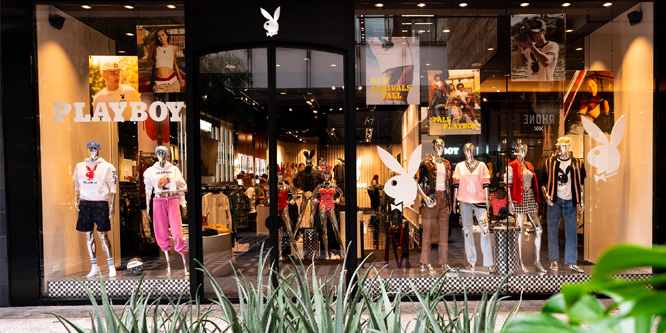 The pop-up model has brought some retailers a lot of success in recent years, so much so that some retail experts see pop-ups as a standard component in the future of retail.

Jay Prag, economics professor at the Drucker School of Management, told KTLA that the mall/anchor store model is on its way out. He and others said that limited-run pop-ups were slated to become a more regular fixture of U.S. retailing as more retailers pick up on the model and its advantages.

Darin Duber-Smith, marketing professor at Metropolitan State University of Denver, pointed to retailer benefits, like far fewer fixed costs and the freedom to focus on only being open for a few months, rather than changing things out seasonally in a conventional store.

Some have recommended pop-ups as a way for retailers in specific verticals to stand out.

For instance, in light of a recent report by market research firm Mintel about the beauty and personal care space, research analyst Georgia Stafford wrote in a blog that innovative, aesthetic-driven pop-ups could allow retailers to distinguish themselves in a crowded beauty space, Cosmetic Design Europe reported.

Pop-ups have also demonstrated particular pandemic-era advantages. Last April, when the pandemic was at a low ebb and brands were trying to get reluctant shoppers back into stores, some retailers saw the pop-up model as a way to capitalize on the celebratory mood (which was later shaken up by the emergence of new novel coronavirus variants). The retail real estate landscape had grown more amenable to pop-up retail, as landlords needed to fill empty space and were more open to short-term leases than before.

But pop-ups are not without their limitations and disadvantages, as The Motley Fool reports. It can take a lot of time for retailers to find the right place to launch a pop-up, and the amount of inventory that a retailer can make available on-site may be limited compared to a permanent location.

Pop-ups can also disappoint if, for instance, a customer gets used to visiting a particular store or restaurant only to discover that the location has closed suddenly because it was a pop-up on a short-term lease.

DISCUSSION QUESTIONS: Do you think pop-ups are poised to become more popular over time? What particular advantages and disadvantages might they have in the current economic climate, and moving forward?

Please practice The RetailWire Golden Rule when submitting your comments.
Braintrust
"With the right offering it can be a powerful model to drive interest, traffic, and ultimately, sales ... But the challenges are significant."

"Pop-ups are here to stay. Okay, that’s an oxymoron."

"...they are fringe operations that will come and go according the situation and season at the time."

14 Comments on "Are pop-ups ready to become a permanent fixture in retail?"

The use of pop-ups will increase. They are a significantly less expensive way to test concepts and locations. They can be tweaked to maximize efficiency and ROI. The concept and how it is implemented will evolve. As long as space continues to be available at reasonable rents, it’s a good model.

With the right offering it can be a powerful model to drive interest, traffic, and ultimately, sales – look at how successful Spirit Halloween is with its pop-up stores. But the challenges are significant – finding the right location, creating the ideal assortment, finding and hiring short-term associates, setting up and tearing down the store, etc. – which will make this a difficult option for most retailers.

Popups are great – it helps introduce a trendy brand to the general public and gets them more exposure. I believe they will continue to grow in the future.

Pop-ups are a great way to extend a brand; they drive awareness and give customers another way to interact with a retailer. Well executed, they can provide retailers with new customers and new insights about products and markets. There are a lot of compelling reasons to support these strategies. The risk is in the planning. To be profitable, by design, these stores need to have high traffic and high sell-throughs to keep handling costs down. There’s also the staffing issue, especially in today’s tight labor market. That said, for many brands, the benefits far outweigh the risks, and I expect this trend to continue gaining traction.

I hope so. Hard to imagine a better scenario for physical retail than being open only during peak times. Especially in this age of tech integration where it’d be possible to open a smaller “showroom” type of store. From my point of view, this is a much needed to-do for any specialty retailer vs. sitting in a dead mall somewhere until peak footfall season arrives, you hope.

Pop-ups are here to stay. Okay, that’s an oxymoron. There’s a perfect storm of half-empty malls and the ability to leverage 5G and other technologies to create plug-and-play stores. Pop-ups do give online retailers a way to test new concepts and products, and shoppers are always on the lookout for something new. It also allows retailers to receiver realtime feedback from their customers: what resonates and what could be rolled out on a larger scale. Pop-ups also allow retailers to generate buzz for their brand, plus there’s a sense of urgency when shoppers know that a pop-up won’t be there forever.

Of course, retailers’ costs are lower than committing to “permanent” locations. Seasonal pop-ups have proven to be successful and there are plenty of holidays to work with. And with ghost kitchens now widely available, look for small-scale pop-up restaurants within cooking distance.

Pop-up retail has arguably never been more important. Retailers and brands can use pop-ups to test and learn as new technologies and devices are unleashed. Fashion and beauty brands are leveraging pop-ups to build linkages to the metaverse. If before pop-ups were a holiday surge strategy, they’ve quickly evolved into retail laboratories.

Pop-ups offer an opportunity for start-up retailers, they also provide a more exciting environment where there is constant change. However they are not the core of retail, they are fringe operations that will come and go according the situation and season at the time. With staff acquisition and retention an increasing problem pop-ups do not help the situation and they may find it hard to attract staff for short-term contracts.

Depending on the category, pop-ups make great sense.

Retailers can extend their footprint and focus their business on seasonal trends. Imagine only opening the months where the volume generates profit. New products can be introduced. Products with sales that skew seasonally can efficiently go brick-and-mortar. In a quarter where business skews 150 percent, why have a store the balance of the year?

A permanent pop-up is a store. Leaving space for pop-ups make sense. The retailers will come and go. For retailers with cyclical sales, pop-ups allow for pushes at the right times in the cycle and avoiding rent and overhead when business is typically down.

There is no doubt pop-ups are going to be part of the future of retailing. With the advent of new technologies: powerful, inexpensive omnichannel solution providers allowing for the smallest store to participate as a fully-capable retail location for the customer; mobile communications technology to allow a location to be up in running in a matter of minutes with full functionality at the store level; and other technologies to help with staffing issues (self-service, mobile, pickup in-store). No doubt they should be planned for and exploited in today’s new retail landscape.

Pop-ups, to use an appropriate term, will be popular. These are low investment, opportunistic location-based advantages that retailers have glommed onto. For the most part they will continue to generate value — whether in actual sales, but most critically in brand value at locations where a retailer is not. Popups are also great for experimenting, assortment testing, and clearance efforts. The limited assortment issue can be remediated by endless aisle and most pop ups are a great add-on to stores. Especially when they are tracking events, special engagements or just being at the right place at the right time, popups provide a key way for retailers to engage. Don’t see many disadvantages other than managing personnel, travel and setup/dismantle efforts, but these are and can be enormous marketing engines that quickly pay for themselves.

Pop-ups should be viewed as a mix of event marketing, awareness campaign and trial. With new technologies being baked into physical pop-up solutions, brands can enjoy “nimble retail” that pumps out social media and also delivers traffic/customer analytics.

I have felt pop-ups should have a stronger role in retail for many years. My logic being that in a retail store, people return regularly for a change in assortment — if they do that then why not return to a shopping destination (town or mall) in order to see a change in retailers?

The “when it’s gone, it’s gone” approach works well for retailers encouraging sales — “the middle aisle” in Aldi and Lidl are perfect examples — so why not in a shopping destination.

There is an exception, however, that these store need — excellent post-sale customer service with free returns in the event of a problem. This avoids the issue of the consumer being reluctant to buy because they are worried the store will not be there next week if they pick the wrong size!

Braintrust
"With the right offering it can be a powerful model to drive interest, traffic, and ultimately, sales ... But the challenges are significant."

"Pop-ups are here to stay. Okay, that’s an oxymoron."

"...they are fringe operations that will come and go according the situation and season at the time."